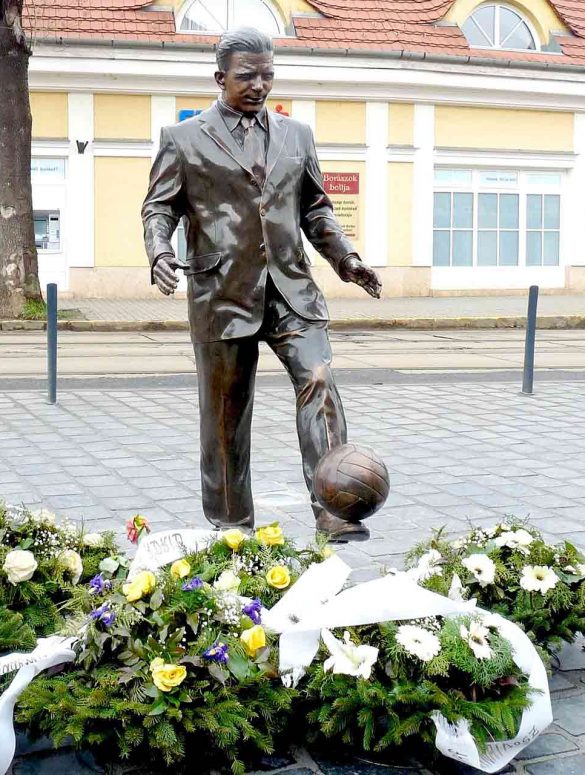 Born in Budapest in 1927, Ferenc Puskas started in senior football with Kispesi Budapest, aged 16. He first played for the Hungarian national team aged 18 (Hungary 5 Austria 2). In 1949, Kispesi became Honved, the Army team, financed by the Ministry of Defence.

Puskas was a left-footed attacking midfielder with an explosive shot. He was captain of Hungary’s Golden Team, that won gold in the 1952 Olympics and reached the World Cup final in 1954. Famous wins by Puskas’s team included England 3 Hungary 6 (1953) and Hungary 7 England 1 (1954). But in 1956 an Anti-Communist Rising in Hungary was crushed by Soviet tanks. Many Hungarians fled to the West. Puskas was one of them. Until 1958 Puskas was banned from football by FIFA, for “deserting” his home country.

Puskas signed for Real Madrid, where he formed a partnership with Alfredo Di Stefano. They starred in a famous 7-3 win in the 1960 European Cup final in Glasgow. Puskas took Spanish nationality and played for Spain’s national team in the 1962 World Cup in Chile. Puskas ended his playing career with Vancouver Whitecaps in Canada. Later he managed teams in Greece, South America, and Australia. He died in Budapest in 2006.

Educators could look at the life story of Ferenc Puskas and work with young people to consider these questions:

Find out more about Ferenc Puskas by reading Puskas: a political refugee in Europa on the FMH website.

Hungarian captain who took refuge and became a superstar in Spain. 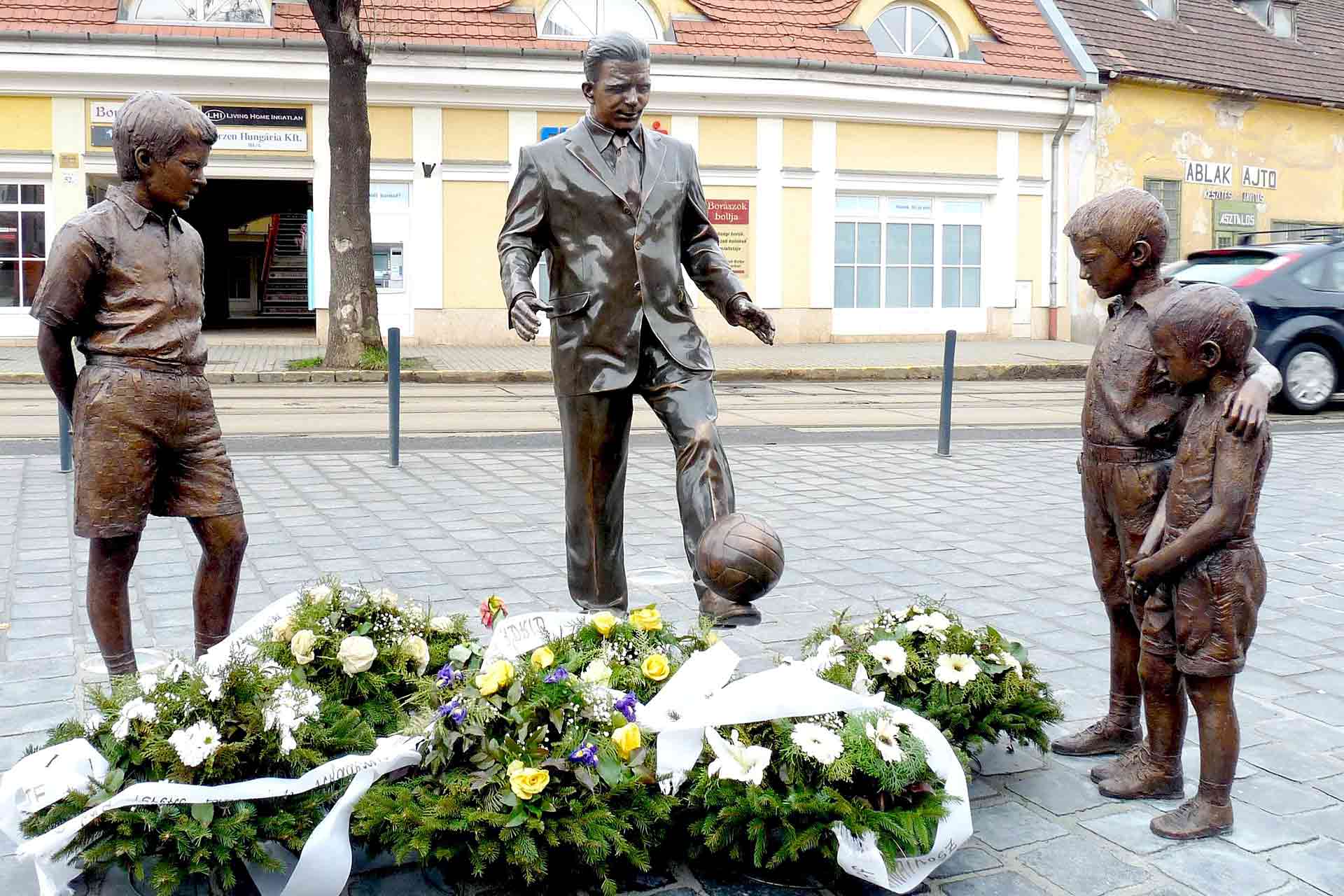