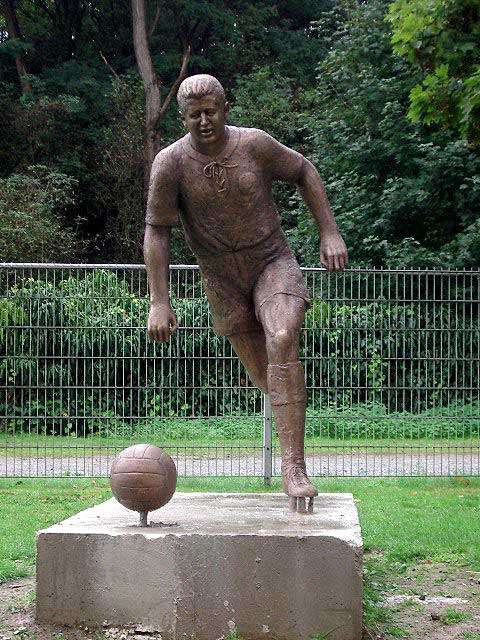 Helmut Rahn was born in 1929 in the industrial city of Essen, famed as the home of the Krupp armaments empire. In his years of success in the 1950s, Helmut Rahn was often known as “the Cannon from Essen”. He joined Rot-Weiss Essen in 1951 and soon got a reputation as a talented striker, but also as an inconsistent player who had a wayward personality and was often unfit.

Helmut Rahn had success with Rot-Weiss, winning the cup (DFB Pokal) in 1953 and the league championship in 1955. But his greatest achievements came with the West Germany national team. His winning goal in Bern in 1954 was an outstanding moment of fame, but Helmut also played well in 1958, when West Germany reached the World Cup semi-final. In 40 internationals, Helmut scored 21 goals. Admiring fans called him ‘Der Boss’.

After leaving Rot-Weiss Essen in 1959, Helmut Rahn’s career faded, partly because of a persistent knee injury. He scored goals with Enschede in the Dutch league and was one of the few heroes of 1954 who played in the new Bundesliga (for Duisburg) from 1963. He retired as a player in 1965, to start a business selling second-hand cars. He did not find fame easy to live with. He was a heavy drinker (and was sent to jail for drunk driving). Helmut Rahn died in August 2003. His funeral was shown live on state television.

Some footballers are remembered for one magic moment. For Helmut Rahn, it was scoring the winning goal in the “Miracle of Bern”, when West Germany came back from two goals down to defeat Hungary’s Golden Team in the 1954 World Cup final. In his home city of Essen, a statue of him was unveiled in Helmut Rahn Platz on the 50th anniversary of that match. Around the same time, the director of DAS WUNDER VON BERN dedicated his film to Helmut Rahn (who had died in 2003). It’s hard to be more famous than that, yet Helmut was a flawed character with an up and down life.

Educators could look at the life story of Helmut Rahn and work with young people to consider these questions:

Upon his death, Voice of America published this article. Read more about the Miracle of Bern on the FIFA or The Guardian websites.

Helmut Rahn was known as “the cannon from Essen”. He is famed for scoring the winning goal in West-Germany’s victory in the 1954 “Miracle of Bern”, but struggled with fame. His story is one of fame and legacy. 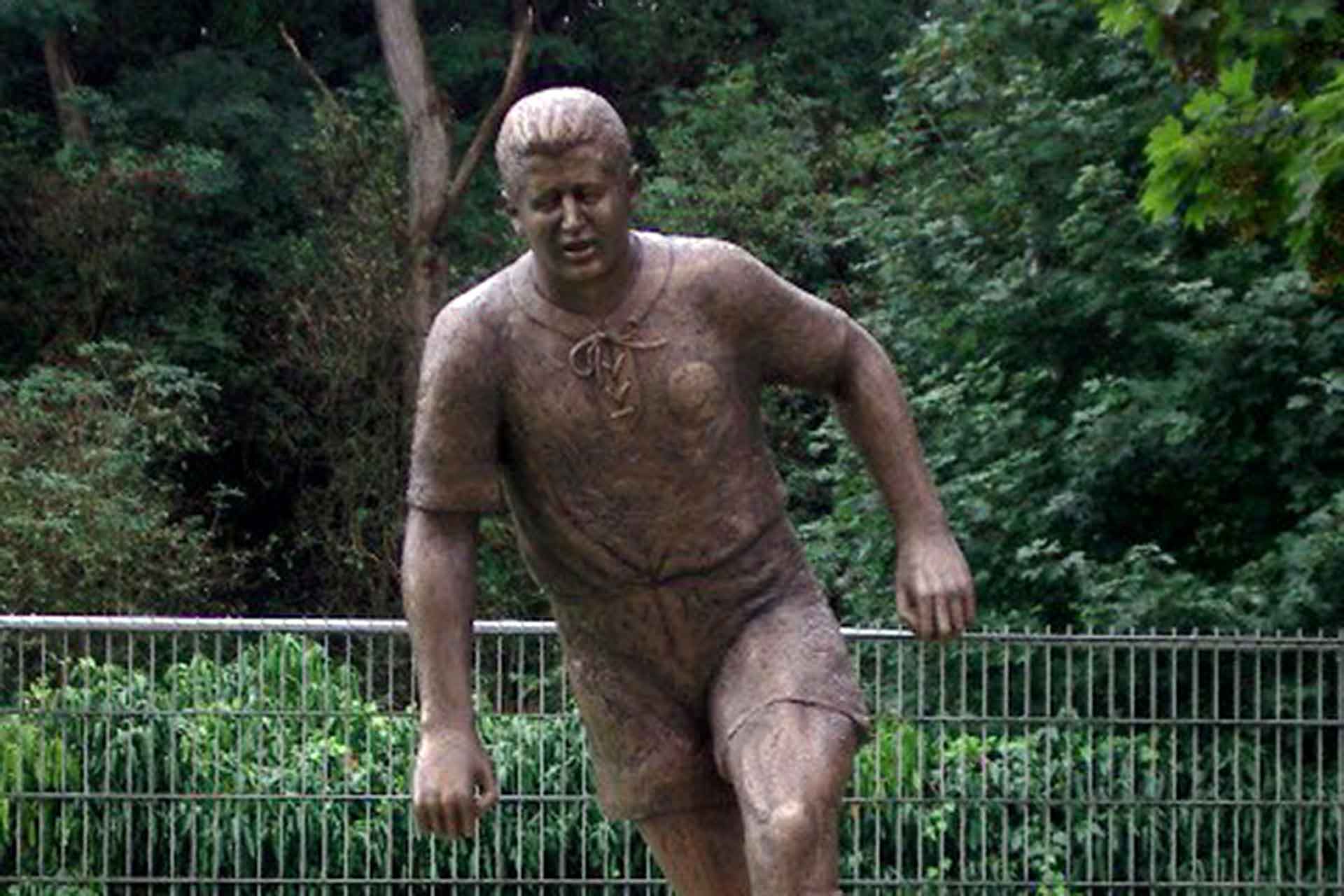 Previous
Olympic Stadium in Rome: a pitch of contradictions

Next
From anti-discrimination to inclusion in German Football