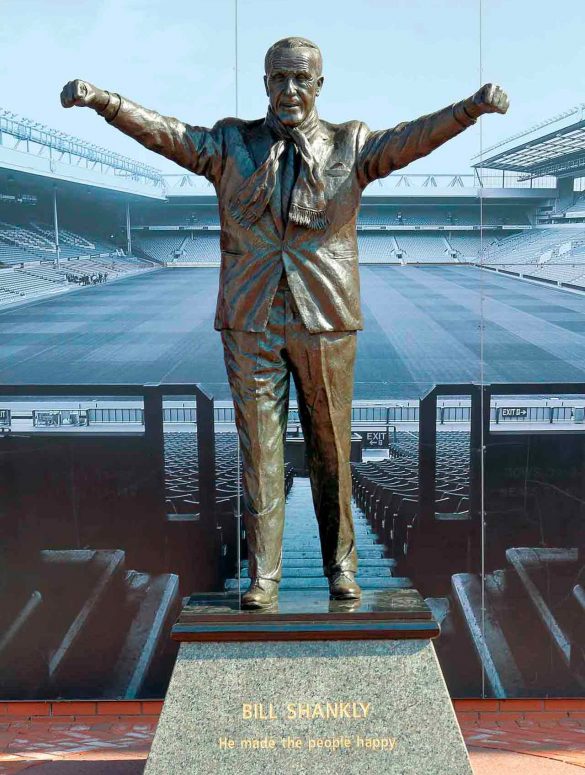 The road south from Scotland

Bill Shankly was born in 1913 in Glenbuck, a mining village in the West of Scotland. Little “Wullie” had four brothers. All were professional footballers. He grew up in hard times – his autobiography tells how he stole vegetables from local farms. At 14 he started work as a coal miner. He began in senior football at Carlisle, just across the English border. He then went south to join Preston North End (£10 to sign on, and £5 per week).

Bill Shankly had success at Preston but lost six peak years of his career to the Second World War when “Official” football was suspended. But there was much wartime football, with many England-Scotland matches. Bill Shankly played in 12 of them. After the war, he became a manager with lower-league clubs: Carlisle, Grimsby, Workington, and Huddersfield. Obsessive but inspiring, Shankly proved himself a born leader. Liverpool made him their new manager in 1959.

His 14 years at Liverpool transformed the club and made Bill Shankly into a legend. It took four years to win promotion to the First Division but then Liverpool won trophy after trophy: two FA Cups and five league championships. Shankly also made Liverpool a force in European football. After he retired as manager in 1973, the tide of success kept on under Bob Paisley. Bill Shankly died in 1981. The entrance to Liverpool’s Anfield stadium is guarded by the Shankly Gates.

Educators could look at the life story of Bill Shankly and work with young people to consider the following: Bill Shankly had a tough upbringing in a coal mining village in the West of Scotland. One of nine children, he knew hardship and struggle. One way out of poverty was professional football. The other was migration south to England. Bill Shankly was one of many Scots who took both. He did not go far. Migration does not always cross oceans or continents. How does his story inform our conversation about migration and migration history?

See him speak about his early life and the importance of football in his upbringing on History of Football. You can also explore his profile on the National Football Museum Hall of Fame.

From a coal mining village to become a Liverpool Legend. 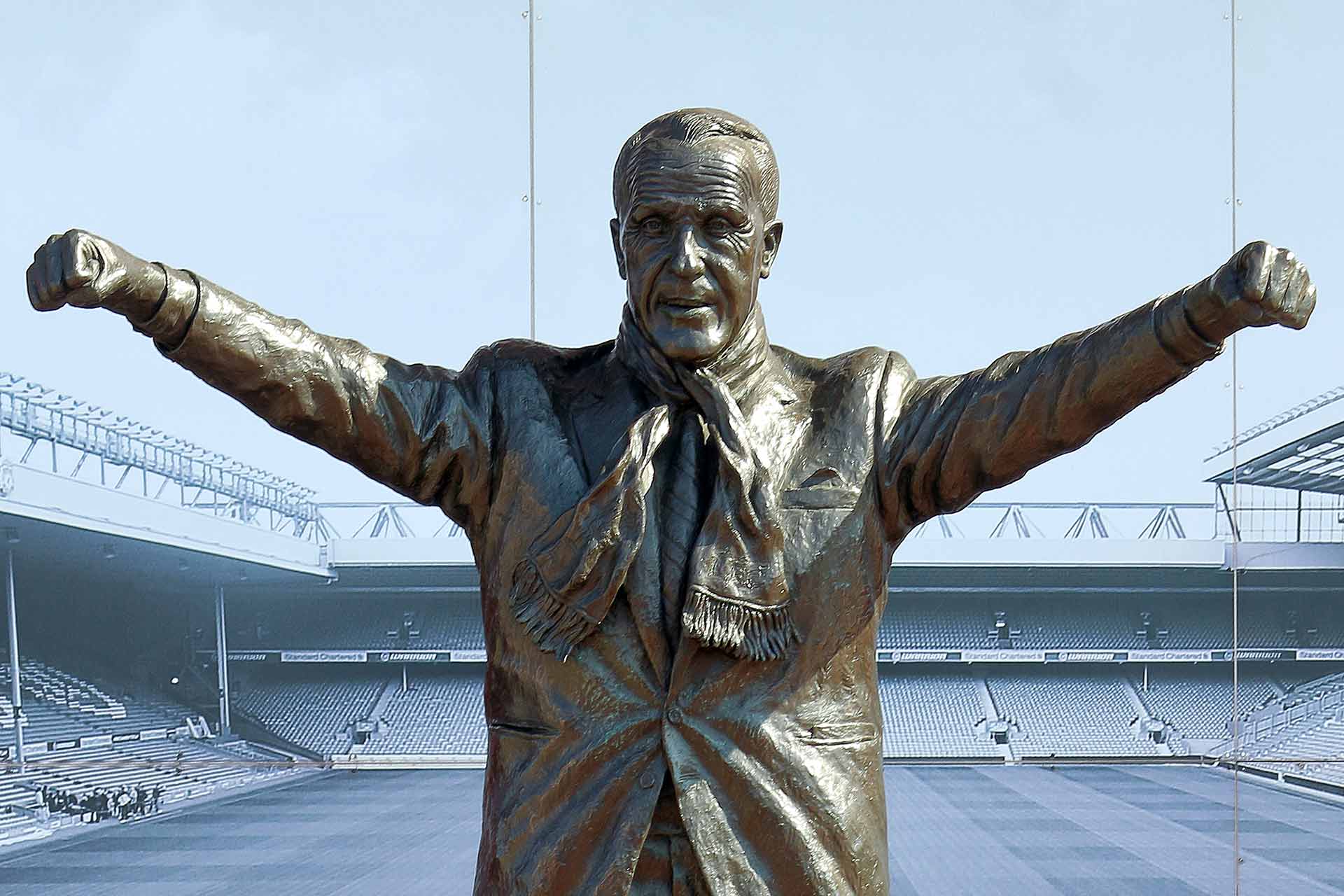