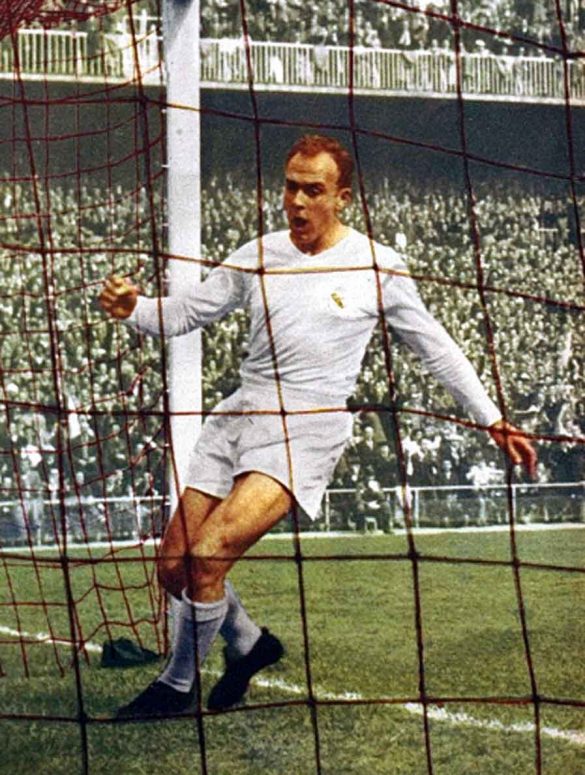 The Making of a Madrileno

Alfredo Di Stefano was born in Buenos Aires in 1926. His grandfather Michele emigrated to Argentina from Italy in the 19th century. Alfredo grew up playing street football. In 1944 his father wrote to River Plate, asking them to give Alfredo a trial. He was soon a star with River Plate, where he played until 1949. He then moved to Milionarios of Bogota, at a time when many players were lured to Colombia by high wages. By 1953 Di Stefano had scored 149 goals in senior football.

In 1953, Alfredo Di Stefano came to Spain, to play for Real Madrid, but only after a tug-of-war. Barcelona had a deal to sign him, but political pressure from President Franco pushed him to Real Madrid. So Di Stefano’s identity was to be influenced by Madrid, not Barcelona, or even Argentina. From 1953 to 1964 Di Stefano starred for the most successful team in Europe. He scored 294 goals. Real won five European Cups. Like his great team-mate Puskas, Di Stefano became a Spanish citizen and had a second international career with Spain.

Alfredo Di Stefano left Real in 1964 and played two years for Espanyol. He then managed Boca Juniors in Argentina and Valencia. But Real Madrid was always his team. He managed Real between 1982 and 1984 and was made honorary President in 2000. He passed away in 2014.

Alfredo Di Stefano had multiple identities. He was born and learned his football in Argentina. He played in Colombia. He very nearly played for Barcelona. He played for Spain. But it was in Madrid he became a legend and lived out the end of his life.

Educators could look at the life story of Alfredo Di Stefano and work with young people to consider these questions:

Read more about Alfredo di Stefano’s career on 90min or explore how Real Madrid describes his legendary status. You can also read a wider life story on The Guardian.

Alfredo Di Stefano from Argentina became famous in Spain. His story is one identity and migration. 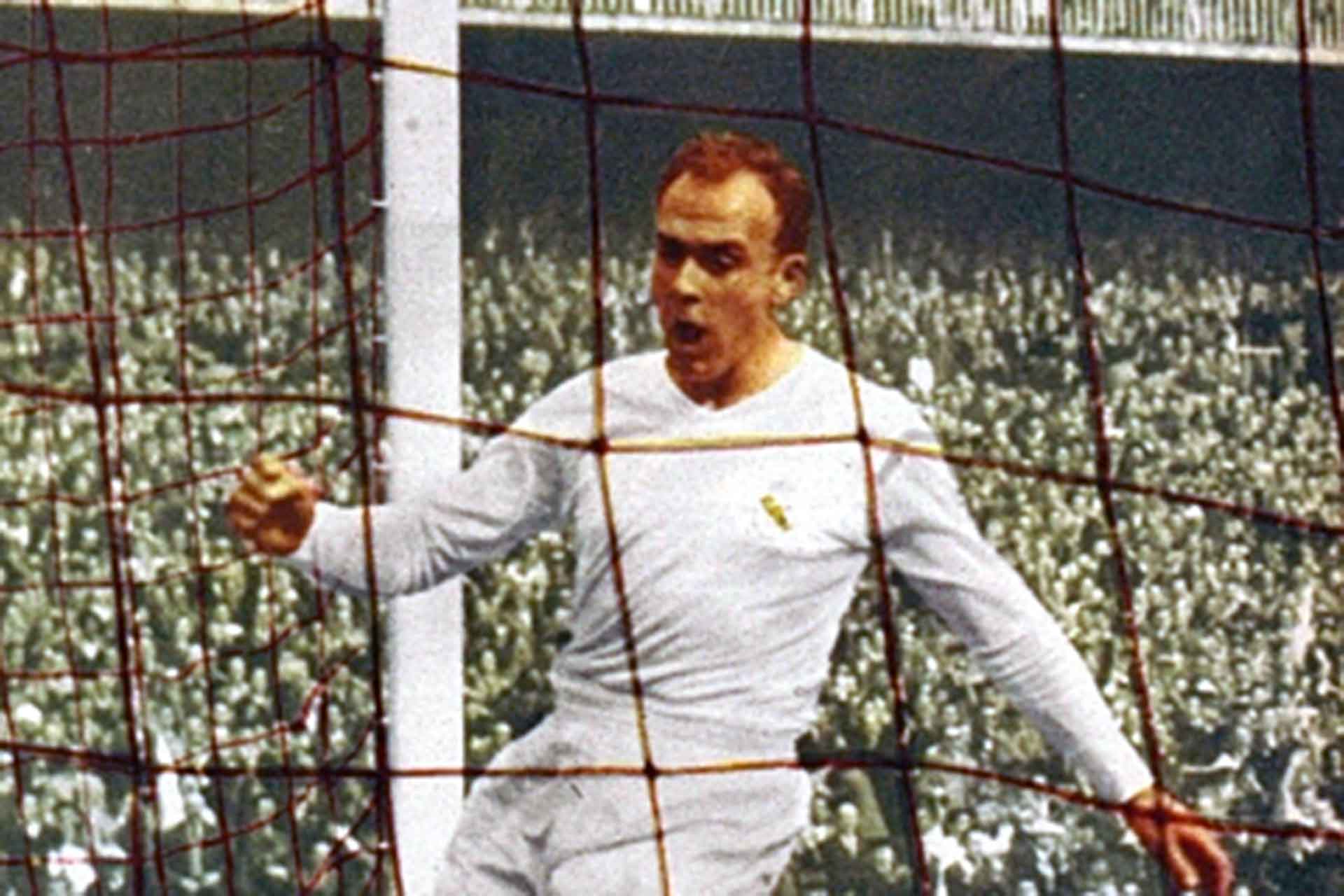