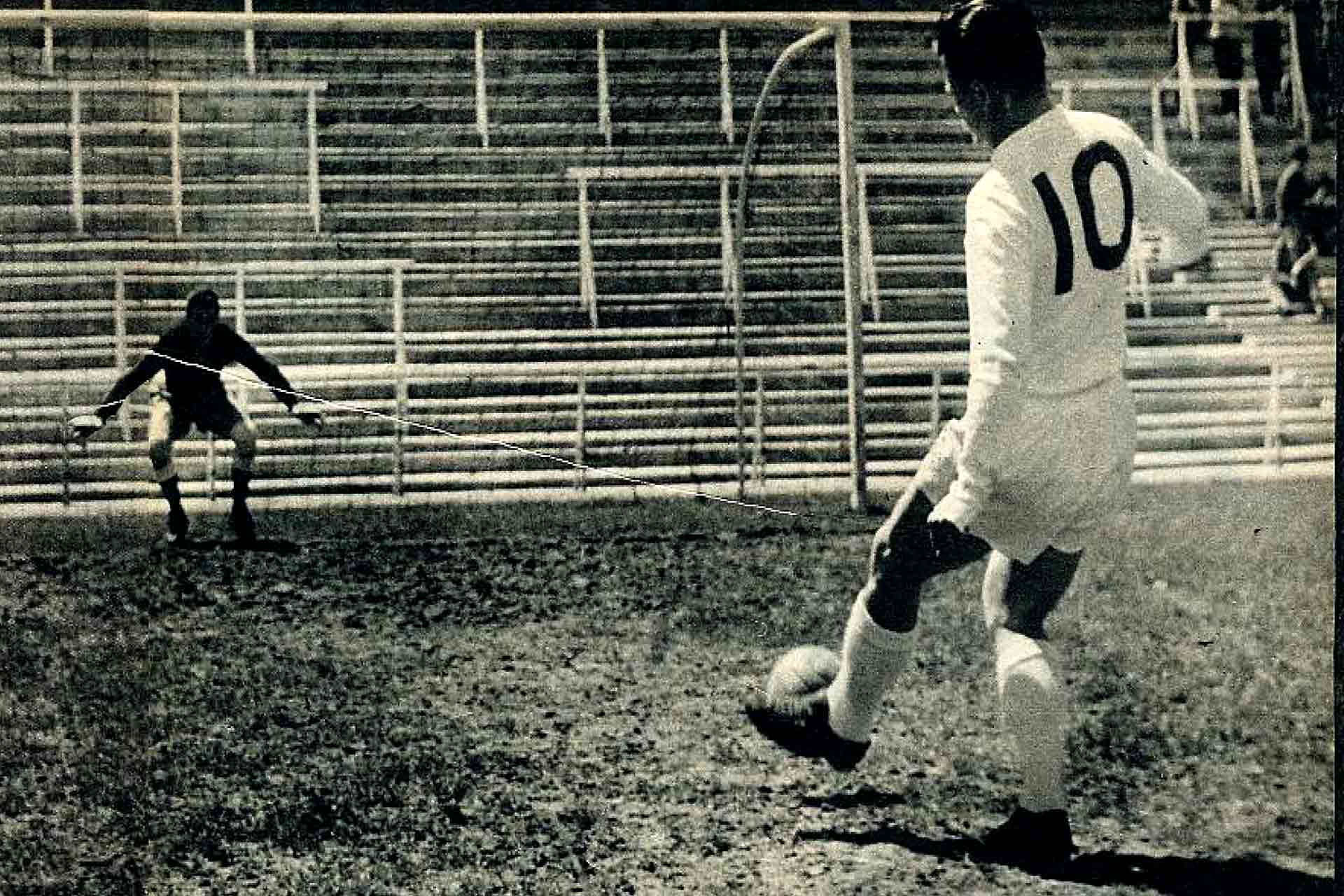 Puskás: a political refugee in Europe

Home
Stories
On This Day
Puskás: a political refugee in Europe

On this day, 24 June 2020, the Puskás stadium (Budapest, Hungary) would have hosted a Euro2020 match. Hungary has a powerful football history. The country reached the football World Cup final in 1954 and, although they didn’t win, its Hungarian national team of the 1950s became legendary. This is the story of Ferenc “Pancho” Puskás and the “Golden Team” generation which made its mark on Spanish football.

This article originally appeared on Europeana, written by György Majtényi of the Hungarian National Archives and is re-published here with permission as part of the 2020-2021 Europeana Sport Season campaign.

In the post-war era, Hungary’s national football team was supported and promoted by the Communist Hungarian People’s Republic. In the wake of the 1956 Hungarian Revolution, however, the eleven players of its national team were scattered throughout the world. The majority of the team played for the club side Budapest Honvéd, who played Athletic Bilbao in the 1956–57 European Cup. Honvéd lost the away leg 3–2 but, before the home leg could be played, the Hungarian Revolution erupted in Budapest.

Ferenc Puskás, the outstanding player of the Golden Team, did not return home to Hungary. From 1958 to 1966 he played for Real Madrid in Spain. In his first two years there, Puskás was banned by FIFA (under political pressure) from playing football. Struggling with excess weight and at 30, already an ageing footballer, Puskás nonetheless strived to rebuild his career and his fitness. After his defection, the Communist regime’s beloved star Puskás became its enemy. Hungarian state security launched treason proceedings against Puskás and opened a file on him called “Wanderer” (this file was opened on 20 May 1958 and closed on 26 June 1972).

Puskas leading the way into Europe

Despite the odds being stacked against him, Puskás played for Real Madrid throughout his thirties. His training and hard work bore fruit. In this second phase of his career, he scored many goals and dazzled the world with his skills. Puskás was not the only Hungarian footballer to find success in Spain. The FC Barcelona players László Kubala, Zoltán Czibor and Sándor Kocsis were also revered. Like Puskás, they had arrived in Spain after the 1956 Revolution, and restarted their careers there.

These Hungarian players became legends of the El Clásico derby matches between club rivals Real Madrid and FC Barcelona. Kubala scored twice in thirteen matches against Real Madrid, and Kocsis scored twice in three. Madrid’s beloved “Pancho” (his Spanish nickname) Puskás celebrated eight victories in ten matches, and nine goals in total against Barcelona in the championship. His shots on goal were likened to cannon fire in Catalonia.

Back in Hungary, however, news of Puskás’s success was suppressed by the Communist system for years. In spite of this, the glory of the Golden Team and the cult of Puskás grew stronger over time. The captain of the Golden Team returned home for the first time in 1981 when he played a gala match against England.

Puskás later worked as a coach in North and South America, Spain, Greece, and Egypt. Puskás returned to Hungary in 1991 and lived the rest of his life there until his death in 2006. After the fall of Communism, Puskás became widely remembered as one of the greatest footballers of all time. In 2002 Budapest’s People’s Stadium was renamed the Ferenc Puskás Stadium, and in 2020, on the same site, European Championship matches will be played in a new arena – the Puskás Arena.

On this day, the Puskás stadium would have hosted a Euro2020 match. Being postponed for one year, we have a chance to go into the history of the European Nations Cup, which is full of remarkable stories and people. This is the story of a star player and a European political refugee.

Previous
The Climb to Equality