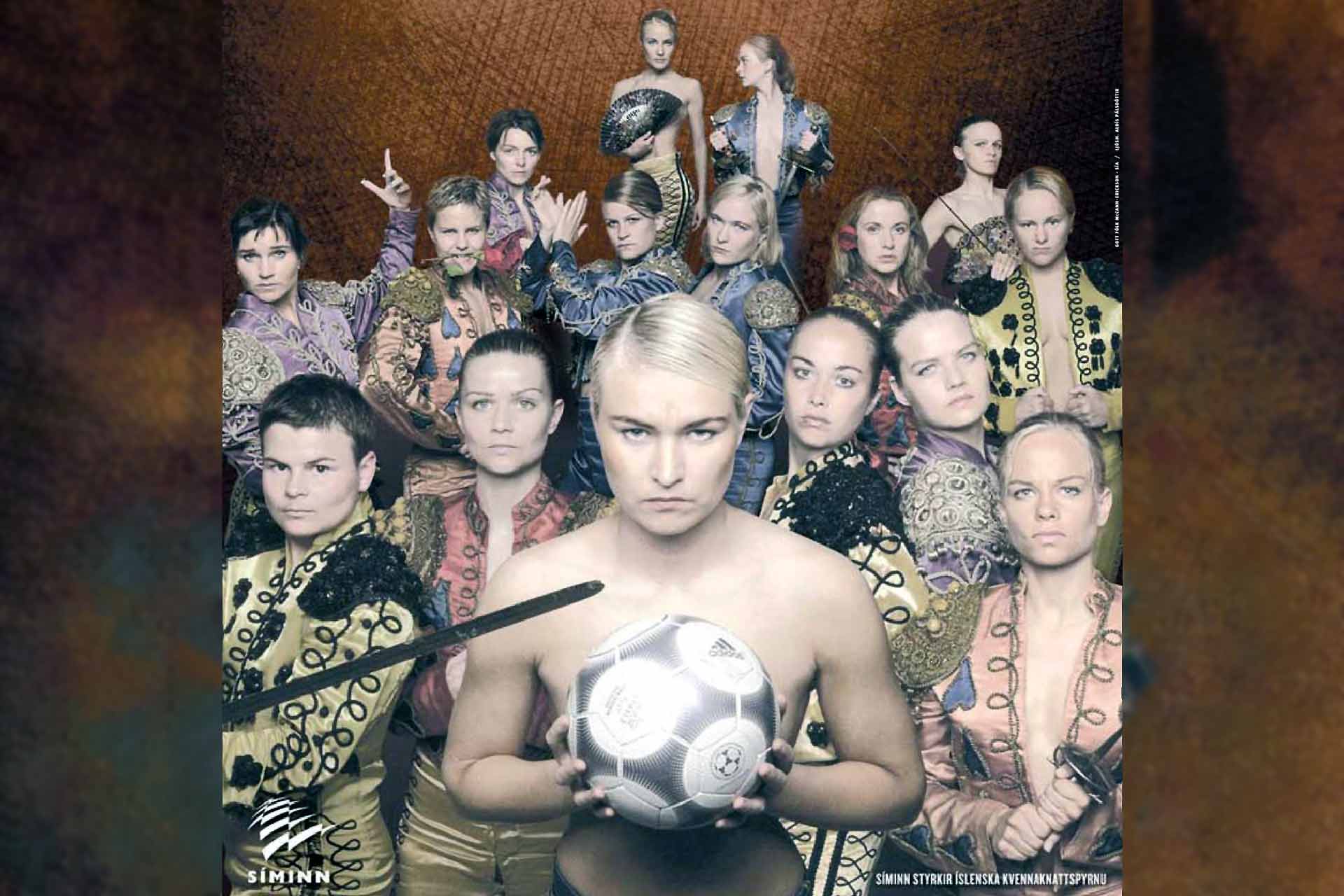 Girl fight, Iceland – Spain, They are back. More fierce than ever before since they must win tomorrow. The show starts at Laugardalur stadium at 18. Free entry. Everyone must show up (Copyright: Football Association of Iceland (KSI), Morgunblaðið).
Home
Educational Resources
Women’s struggle for equality and respect in Football
Learning Activities
·November 18, 2021·3 min read

Women’s struggle for equality and respect in Football

Controversial ads in the battle for equality and respect in Football.

In Iceland attendance at women’s national football team matches has been significantly lower than the men’s games, despite the women’s better results. In order to increase attendance, the national women’s team launched a series of publicity campaigns in the early 2000s. These advertisements raised controversies about explicit and stereotypical content and its use for promotional purposes. On the other hand, the debate also raised questions of discrimination, unequal pay and sexism in Football.

Is it ethical to use sensual language and imagery or use historical stereotypes for promotional purposes? Why do female football players commonly receive less pay, attention and respect than the men’s teams? How do football organizations publicly deal with issues like sexism, inequality and discrimination when they are confronted with them? These are the central questions that students will deal with in Stefan Svavarsson’s activity plan that uses the analysis of controversies to promote discussion skills and understanding of polarising topics.

The author devised this activity for 15 to 19 year old students. The presumed length of the activity is around 2 hours, with additional material for further discussions.The lesson provides clear instructions for activities in 5. steps as well as question sheets, group activities and discussion points.

Imagery sources are the central element. The activity provides teachers with a PowerPoint presentation consisting of 7 images of a publicity campaign by the Icelandic women’s football team. Each of the advertisements depicts a different portrayal of a historic event and stereotype or sensually suggestive content (e.g communism in Russia, the team posing in underwear for a photograph).

Basic knowledge of 20th century European history is required for this activity. One of the sources depicts the “Cod Wars” that are largely unknown outside of Iceland. The author provides a link to more information on this subject.

From unpleasant and sensitive topics to fruitful discussions

By engaging with these controversial advertisements, the students try to answer the questions as to what degree women have been successful in drawing attention to their game, and gain respect and equality.

The expected outcome of this source analysis sees the students ultimately dealing with difficult topics such as discrimination, sexism and inequality in football, and critically think about the ethics of using stereotypes and sensual imagery for promotional purposes.

Identity through a badge

Students learn to deconstruct controversies and social issues from different perspectives and contexts. Debating the women’s team’s advertisements and the succeeding controversy, they can improve their understanding of complex social contexts and develop discussion competencies.

You can find this and many other ready-to-use activities on the eLearning Platform Historiana. This activity has been developed by Stefan Svavarsson

Previous
Chants in Football. Beyond the Fan and the Other

Next
When God was Bulgarian