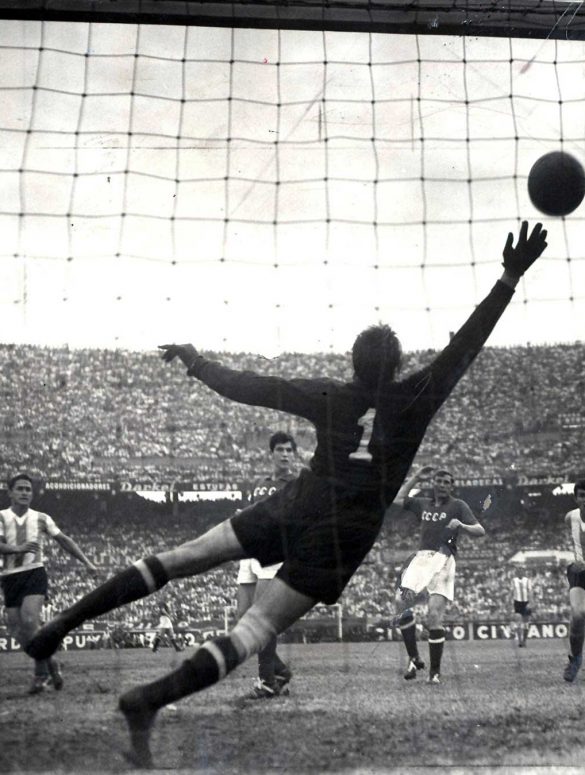 Hero of the Soviet Union

Lev Ivanovich Yashin was born in Moscow in 1929. Aged 12 when the USSR was invaded by Nazi Germany in 1941, his health suffered from terrible wartime conditions and hard factory work. After the war his talent was spotted and he played for the Moscow Dynamo youth team. He first played a senior match for Dynamo in 1950, though he was not a regular first-teamer until later.

From 1953 Lev Yashin’s career took off. He was picked for the USSR national team in 1954. A brave, athletic goalkeeper noted for his ability to “talk his defenders through a game”, Yashin stayed 20 years with Dynamo, winning three Cup finals and five league titles. His brilliance at the World Cup in Sweden in 1958 convinced many people he was the best goalkeeper in the world. In 1963, Yashin, often known as the ‘Black Octopus’, became the only goalkeeper to win the Ballon d’Or.

Lev Yashin ended his international career after the 1966 World Cup when the USSR came fourth. Yashin gave his goalkeeping gloves to Portugal’s Eusebio at the end of his last match. He stopped playing for Dynamo in 1970, aged 41. He was as vocal in later life as he had been on the pitch. He held many administrative posts with Dynamo Moscow; he frequently clashed with club president Piotr Bogdanov and got into political trouble for it. Lev Yashin died in 1980, aged 50.

Lev Yashin’s life was defined by three things. One was the special existence of a goalkeeper, always on the edge of triumph or disaster. Another was belonging to Dynamo Moscow from the age of 16 till he died. The third was the Soviet Union; Yashin’s world was shaped by Soviet Communism and the Great Patriotic War. These things made him what he was: a determined goalkeeper who never backed away from a challenge.

Educators could look at the life story of Lev Yashin and work with young people to consider this question:

Find out more about the life and achievements of Lev Yashin in this article. Or read more in The Moscow Times and Russian Football News.

Lev Yashin is maybe the best goalkeeper football has ever seen. His world was shaped by the Soviet Union. His story is one about identity and ideology. 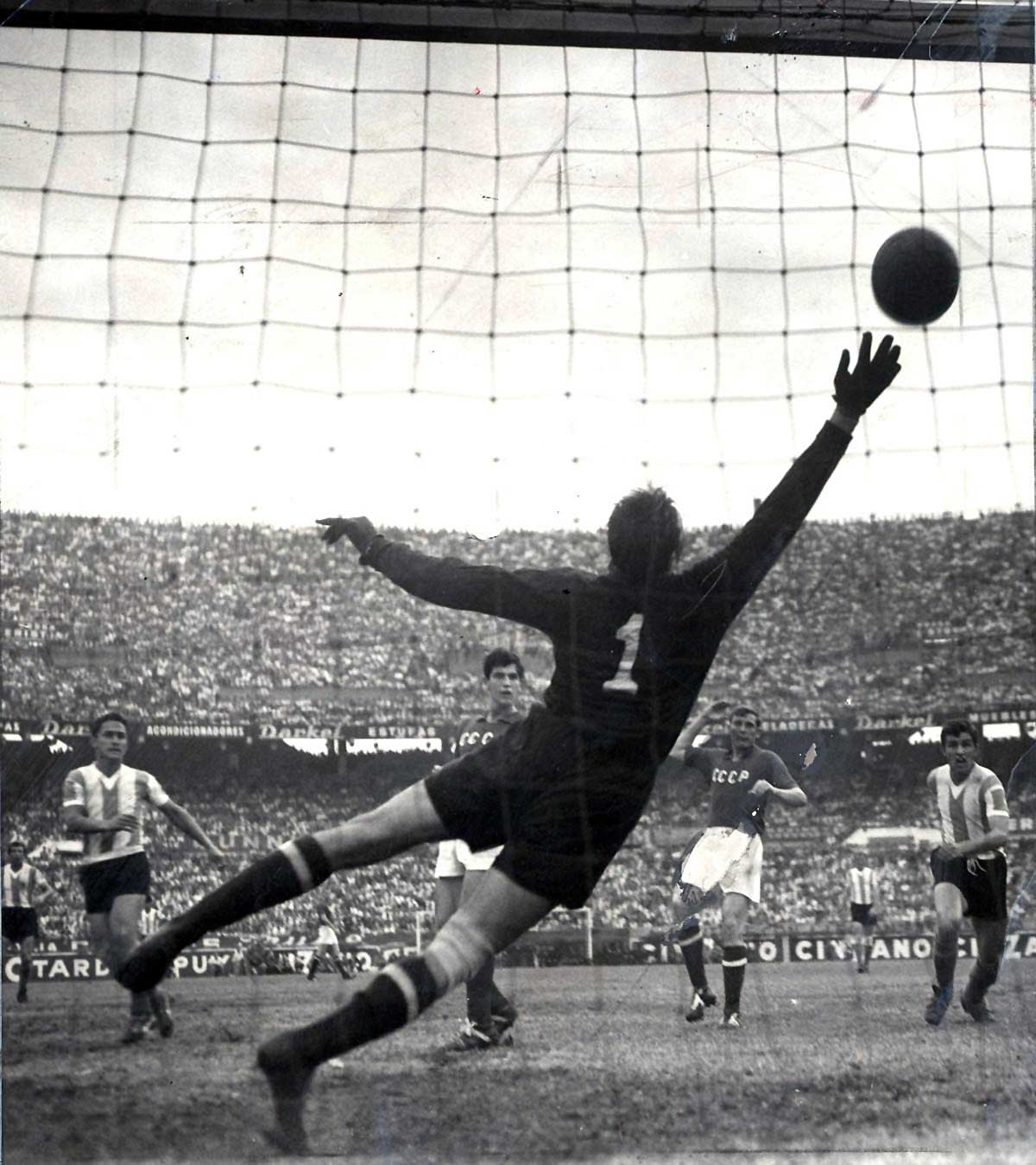