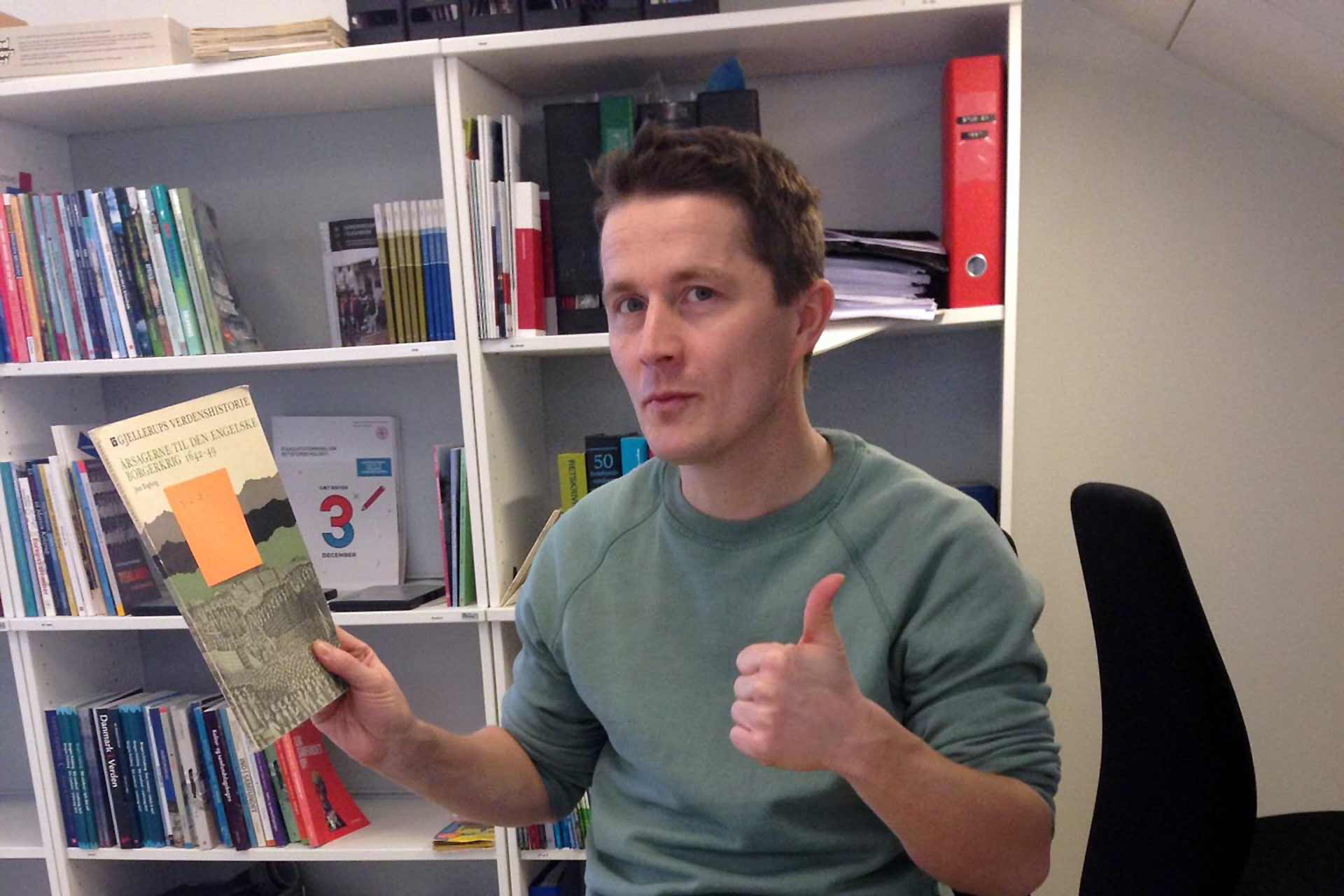 Let the students decide in the class

A couple of weeks back a history teacher at Køge Gymnasium in Copenhagen, Denmark approached us with an idea about using Football History. We presented him with our life story section and he subsequently turned into an amazing lesson. Here is his story.

Meet Jakob Fihl-Jensen. Currently lives in Copenhagen, just 1 km away from Parken, the national stadium. His favorite clubs are a local club (two times Danish champions) Lyngby BK and Tottenham Hotspur. He also is the author of “Fodbold Bogen” (English: The Football Book) which is an educational book and website for history classes in Danish, where core concepts such as national identity, social history, globalization and gender are discussed through the history of football.

Read below what he has to say about teaching history with football.

In short, the whole idea of working on this project was to focus on equality and women’s rights seen through the world of football. In history class, in Danish Gymnasium, one of the focus points is understanding connections (political, social, cultural) between local, regional, european and global development. And it is also an essential part of the curriculum to work with human rights and equality in a national and global perspective.

So I think (also something to recommend to other history teachers) that women’s football is an obvious area where you can work with those focus points. It offers another perspective on these matters where many students will relate to it through their own views on sport and gender. Also, if they don’t play football (or even like it), my experience was that they still had some very elaborate thoughts (and personal experiences) with views on gender and equality from family, friends and sport clubs among others. That was a very good starting point for a discussion about these matters also in a historical context.

The students in the lead

It was actually the students who decided on this subject through a vote (some of the other options were Spain/Catalonia, Argentina, England). Important questions in the project:

Those were the issues during this course. To wrap things up, the final project was to participate in the “Football Makes History” project and write a profile text for Life Stories: Specifically, students were assigned to “Find a profile that has had a significant impact on the fight for equal rights in football”.

I believe it was a very good way of getting the final perspective on the course because it was very open for the students to have an overview of all the other profiles on the page and then to create one themselves. Their assignment was also a way to reflect on some of the most important points about the development through history in women’s football. Because it seemed clear for the students that a change has happened in recent years in terms of political, cultural, social change (for example the #Metoo-movement), but now they had some idea of the historical background and changes relating to the football world.

And then still the perspective on today’s (2021) issues and struggle for equal rights in women’s football and the rest of society is an ongoing process and happening right now. The start of the course with the historical background could have been elaborated more before the text-project started. I will probably change that. But it is surely a project I will return to again.

The final result of the students was that their life story on Mara Gomez is added to the Football Makes History gallery.

An important part of the courses in history is also elaborated analysis of source material. We read some sources from the late 19th century as well as ones from 1918 to examine the views on women’s bodies and sport at the time and to assess to which extent these were mainstream views. But the students also made an analysis of one out of two contemporary views on gender from the point of view of a commercial company, From Nike This is us (2018) and What are girls made of? (2017).

Next
April in Football