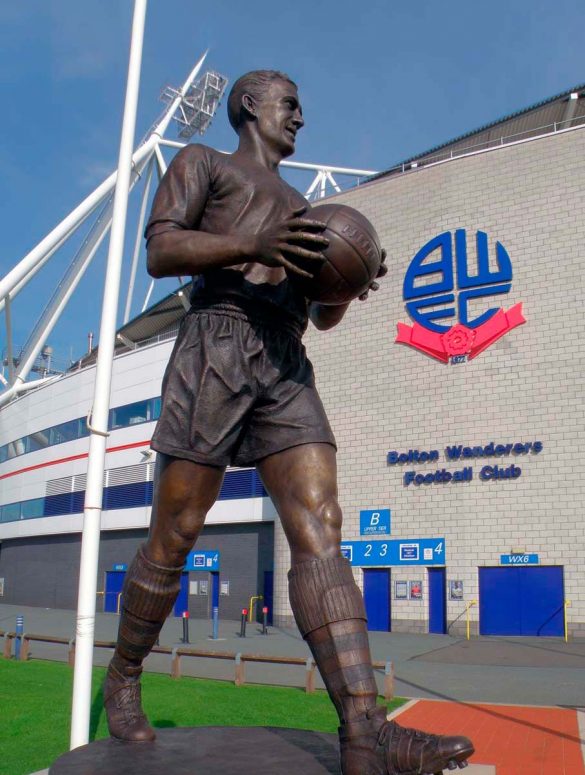 Nathaniel Lofthouse was born in Bolton, in industrial Lancashire, in 1925. As a teenager he joined Bolton Wanderers. Nat Lofthouse always said two things about this: that being good at football saved him from a life as a coal miner; and how he was paid £10 to sign on. He gave it to his father. “Two five-pound notes on the kitchen table. More money than we had ever seen in one place”. His early years at the club were in wartime, but from 1946 he became Bolton’s star centre-forward.

Nat Lofthouse was a relentless goalscorer for Bolton and England. Powerful and brave, he first played for the national team in 1950 and earned the nickname “Lion of Vienna” when he led England to a 3-2 victory over Austria in 1952. He was Footballer of the Year in 1953, won the FA Cup in 1958, and never stopped scoring goals; 265 for Bolton and 30 for England.

Nat Lofthouse retired as a player in 1960, but he never left Bolton, neither the town nor the club. For some years he was a trainer and coach, then he turned to administration and became executive manager. He was made club president in 1986. He received an “Order of the British Empire” in 1994, and was the first player to be named in England’s Hall of Fame in 2002. He died in 2011, aged 85.

Nat Lofthouse lived too soon to be a “galactico”. He was a legendary footballer, but he never earned more than £20 per week for playing. In a later generation he would almost certainly have moved away from Bolton to a “bigger club” for a huge transfer fee. But his entire life was lived in Bolton.

Educators could look at the life story of Nat Lofthouse and work with young people to consider these questions:

Find out more about Nat Lofthouse on the National Football Museum website. You can also watch a video about Nat Lothouse’s amazing dribbling skills or check out the series “This Your Life” on Youtube about his journey in Football. Lastly, we suggest reading an interesting article on Sky Bet by Bolton Wanderers and how they cope with the memory of Nat Lofthouse.

Though a legendary goalscorer, he never earned more than £20 per week. His story is about identity and education. 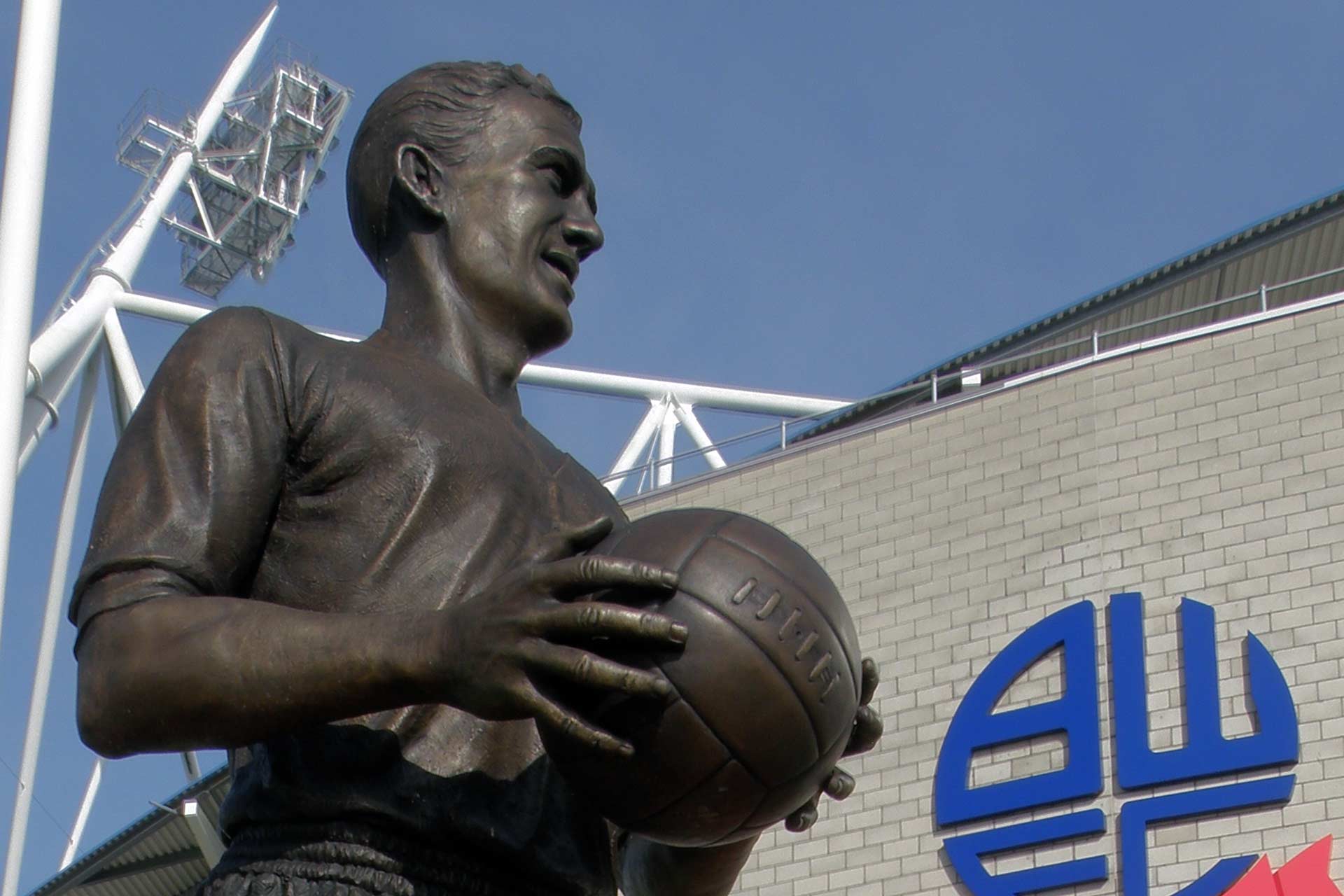 Previous
France in the mirror of football

Next
A final painted in contrasts