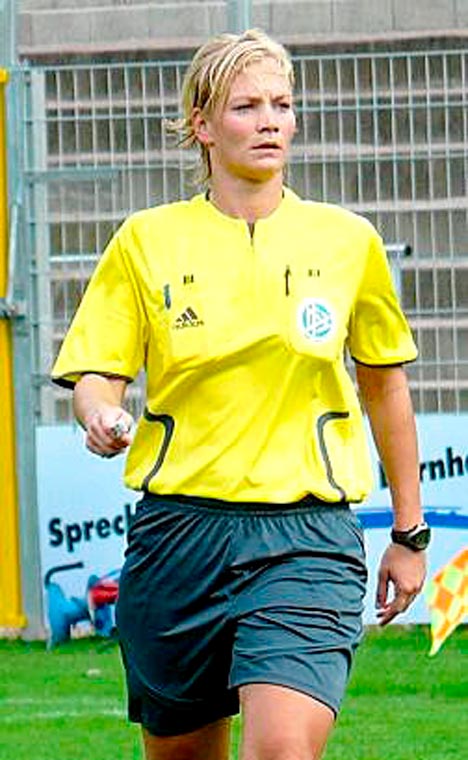 Bibiana Steinhaus was born in 1979. She played football for SV Bad Lauterberg and took up refereeing at the age of 15. Her father was a referee. By 2001 Bibiana was an official in the Regionalliga; by 2007 she was the first female referee in men’s professional football in Germany.

Bibiana Steinhaus became the leading referee in women’s football, chosen for the FIFA Under-20 World Cup and UEFA Nations Cup in 2009, Women’s World Cup in 2011, Olympic Games in 2012. Bibiana reached the Bundesliga in 2017, refereeing Hertha Berlin v Werder Bremen. Outside football, Bibiana trained as a police officer, rising to be Chief Inspector. Her partner since 2016 (English World Cup referee Howard Webb) is also a police officer.

Bibiana Steinhaus faced a lot of abuse: from football crowds, on social media, and within the game. In 2014, as the fourth official, she had a confrontation with Bayern Munich coach Pep Guardiola. She was subjected to sexist insults by a Dusseldorf player Kerem Demirbay (who was fined and had to referee girls football as part of the sentence) after issuing a second yellow card. In 2019, Iranian State TV cancelled its coverage of a Bundesliga match because she was the referee.

Educators could look at the life story of Bibiana Steinhaus and work with young people to consider these questions:

Bibiana Steinhaus was the first female referee in men’s professional football in Germany. Her story is about inclusion and diversity. 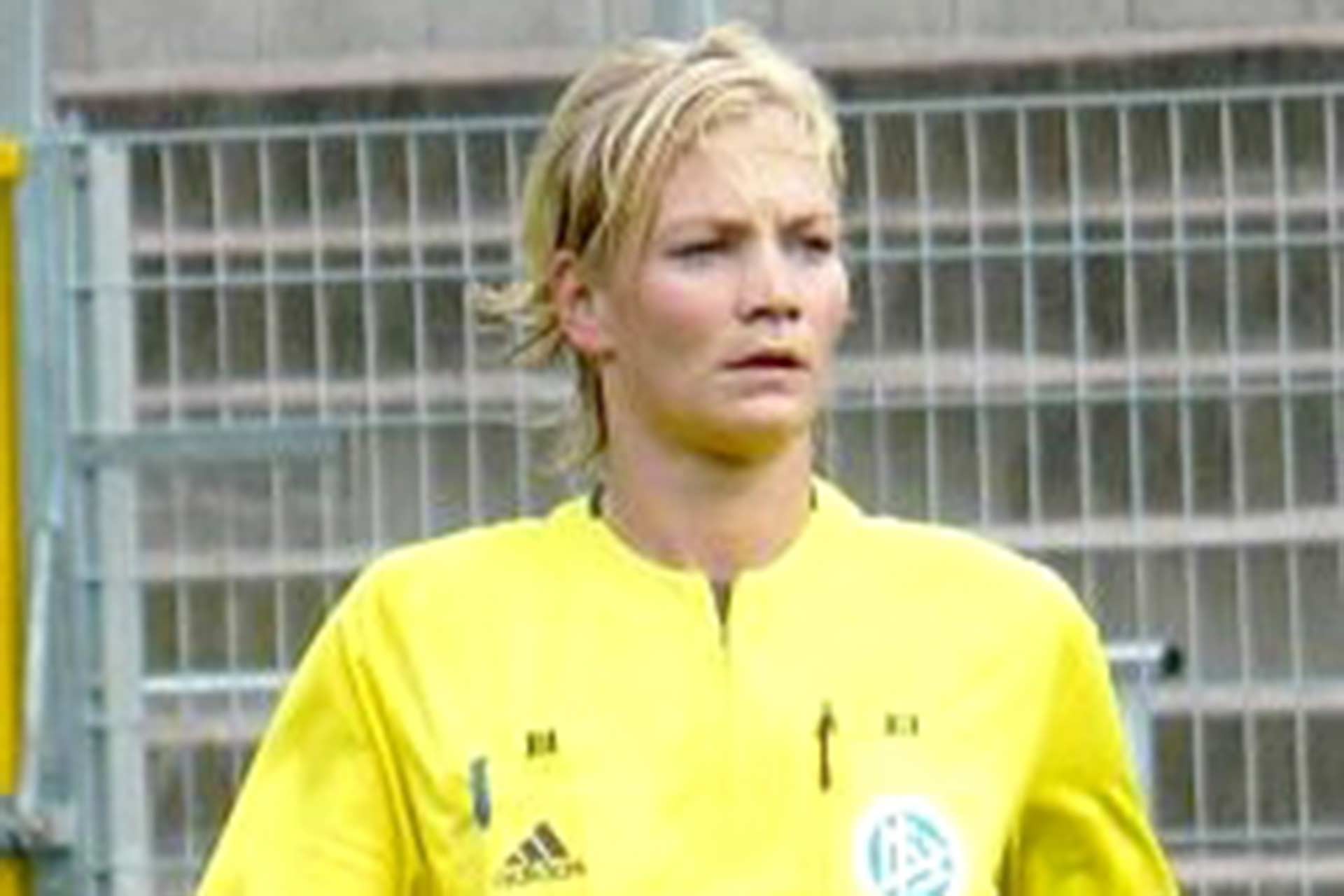