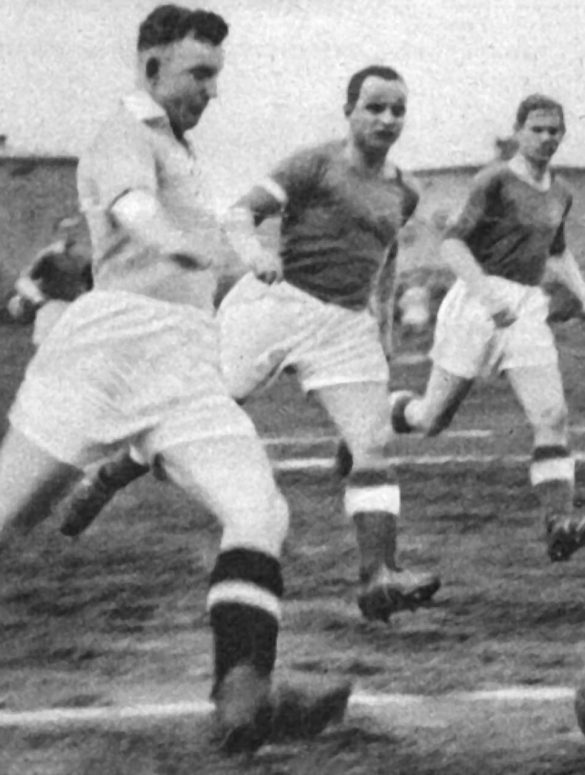 A problem of identity

Ernst Otto Prandella (‘Ezi Wilimowski’) was born in Kattowitz, then in the German Empire, in 1916, during the First World War. Both Ernst’s parents were of German descent. His father died fighting for Germany on the Eastern Front. In 1919 Poland became independent, but the region of Upper Silesia was in dispute until a plebiscite in 1921. Kattowitz became the Polish city, Katowice. When his mother remarried, Ernst took his Polish stepfather’s name, Wilmowski.

Ernest Wilimowski was a right-footed left winger. From the age of 17, he played for Ruch Chorzow.  By 1939, he had scored 112 goals for Ruch, and 21 for his national team. But his international career was interrupted in 1936 when he was suspended for one year because of his heavy drinking. This meant he missed the Olympic Games hosted in Berlin. At the 1938 World Cup, Wilimowski showed his true quality, scoring four goals as Poland lost 6-5 to Brazil. In May 1939 he scored three goals in a 4-2 win over Hungary. But in September 1939 Germany invaded Poland.

Turning Back to Germany

Ernst Wilimowski’s life was utterly changed by the German occupation of Poland. His mother was sent to Auschwitz because her boyfriend was Russian-Jewish. Ernst himself clashed with a local Nazi official. But, as a Volksdeutsche, he was able to claim German citizenship, and so could continue a football career. He played eight wartime international matches for Germany. After 1945, Wilmowski was seen as a traitor in Communist Poland and forbidden to enter the country. He played for several clubs in West Germany until he retired in 1955. Ernest Wilimowski died in Karlsruhe in 1997.

History often forces difficult choices of identity and belonging. Ernest Wilimowski rose to international fame as a great goal scorer for Poland in the 1930s, but he lived the last fifty years of his life in West Germany, forbidden by Poland’s Communist regime ever to return to his homeland. He had been born in Kattowitz, then in the German Empire. His father fought and died for Germany. How come one of “Poland’s greatest” was only “really” Polish from 1922 until 1939.

What does Ernest Wilimowski’s story tell us about the impact of war, nationalism and politics on the life and identities of a famous footballer?

The story of Wilmowski’s heroics against Brazil at the 1938 World Cup is told on FIFA. You can also watch some of the footage from the 1938 match between Poland and Brazil on YouTube. Ernest Wilmowski’s turbulent life is detailed further on Wikipedia.

A German-Polish star in the Polish team, and then a player for the Third Reich. 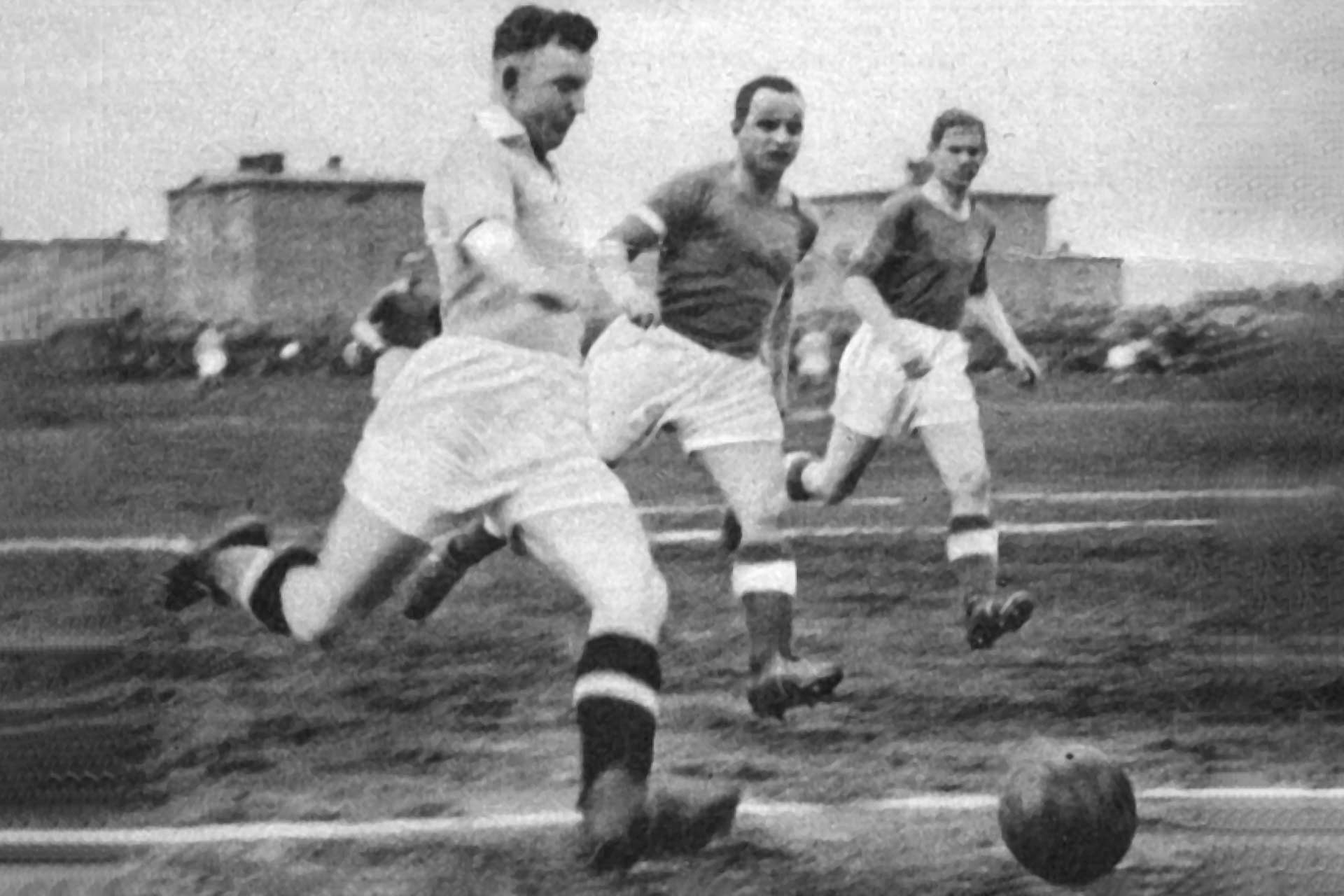