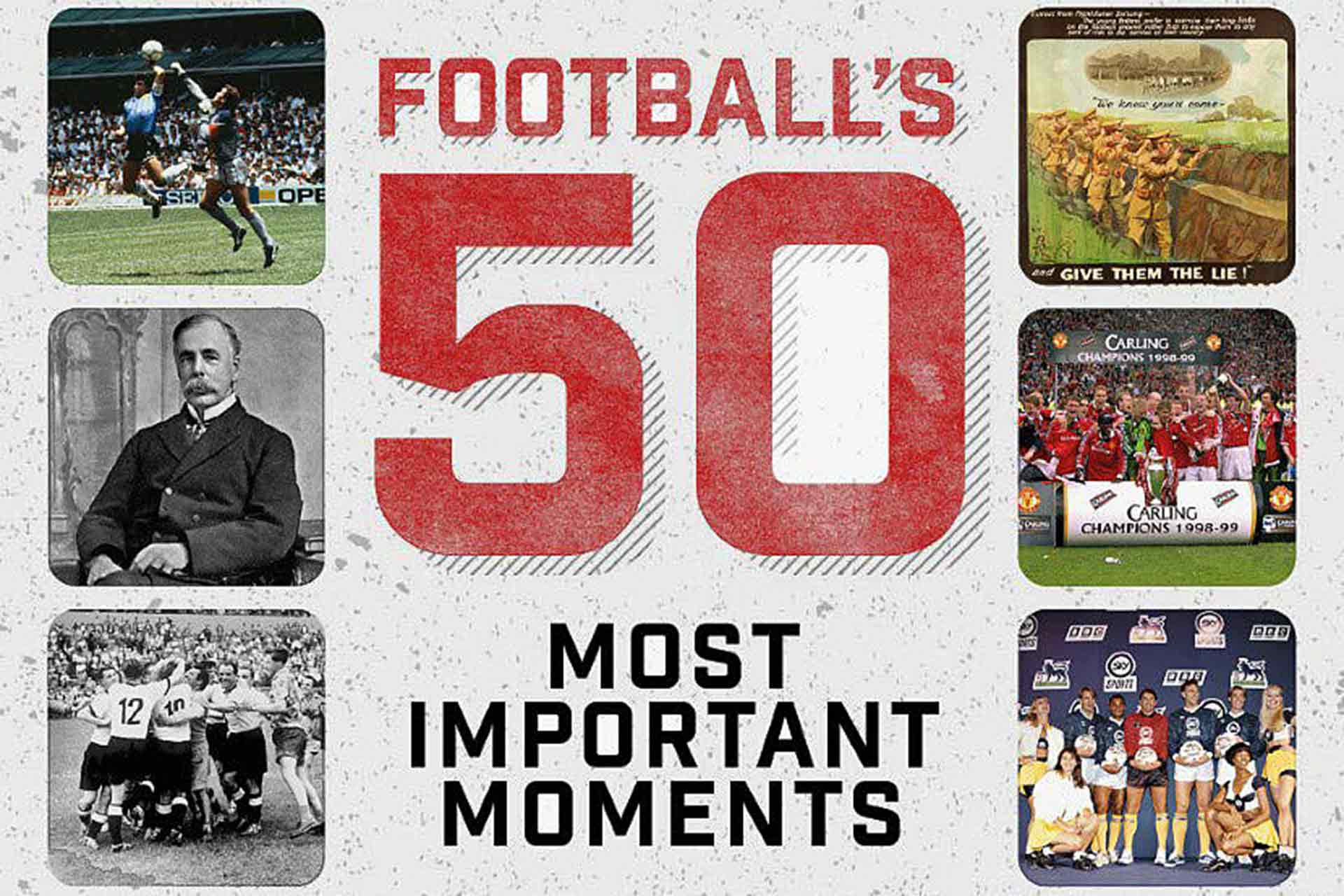 Cover of “Football's Fifty Most Important Moments: From the Writers of the Football History Boys Blog”.
Reviews
·August 5, 2020·3 min read

A catalyst for social and historical discussions

The authors are teachers in Wales who call themselves the Football History Boys and have a mission to harness interest in football in order to combat discrimination, to address issues like hooliganism, and to move towards a more inclusive society.

Gareth is a Cardiff City supporter, teaching in a comprehensive high school. Ben is a primary school teacher in the seaport town of Barry in South Wales. It’s hard to resist their enthusiasm for the game of football, and for their educational goals. This is a lively, interesting book that is fun to read.

The first ten chapters provide nice insights into the early history of football in Britain, starting in Sheffield in 1857 and ending with the First World War. The next ten chapters take the story to 1960, with varied perspectives on topics like Women’s football, 1917-21, the beginnings of the FIFA World Cup and the tragic air disasters that destroyed FC Torino in 1949 and Manchester United in 1958. The third segment takes us to 1985, via the “Soccer War” in Central America, the Heysel disaster, and Maradona’s “Hand of God”. The last 20 chapters bring us up to the present day, via topics like the Champions League, Italy’s Calciopoli Scandal, and the introduction of VAR.

View to the world

Themes such as colonialism, international conflict and cooperation, workers’ rights, inequality, globalisation, and the rise of technology are woven across the 50 Most Important Moments, and it is up to the educator to adapt them in order to bring them to the classroom. Interesting discussions around globalisation can emerge from the examples of football being exported to far away nations and the rise of football stars being signed for foreign teams.

The potential to become even better?

Sometimes, what was most important about the 50 moments seems to be tailored closely for an audience of pure football loving fans. For example, David Beckham signing for LA Galaxy, or Leicester City winning the Premier League, have been selected ahead of topics related to issues of race, diversity and equality.

While the chapter on the Dick, Kerr Ladies makes for a good starting point when discussing women’s rights and the role of women during wartime. On the website the authors wrote extensively about the Women’s game since 1921, including a seven-part run down of key moments in women’s football history, it is too bad that this is not fleshed out more in the book.

On a similar note the emphasis of the book is on Britain and Western Europe. A wider European perspective, geographically as well as historically could have helped the book to be more diverse and help to tell more interesting stories about Football History.

The first 50 as a starting point

The book is accessible, with infectious enthusiasm for the game. Lots of young people will learn valuable lessons from it. Lots of teachers will be inspired by ideas they can use in their own setting. We hope people will see this book as a starting point, not an end.

At first glance, this book seems like a lovingly compiled account of great football stories, with not much application besides thrilling a core target of devoted football fans. Avid readers, and indeed skilful teachers, will quickly uncover the underlying themes that occur throughout many of the stories, and could be of great potential for teaching history. The 50 Most Important Moments have the potential to be a good catalyst, bringing colourful examples from the beautiful game to social and historical discussions.

Two history teachers in Wales work as “The Football History Boys” wrote a book about the “50 most important moments”. We reviewed it.

Next
When the ball can be heard