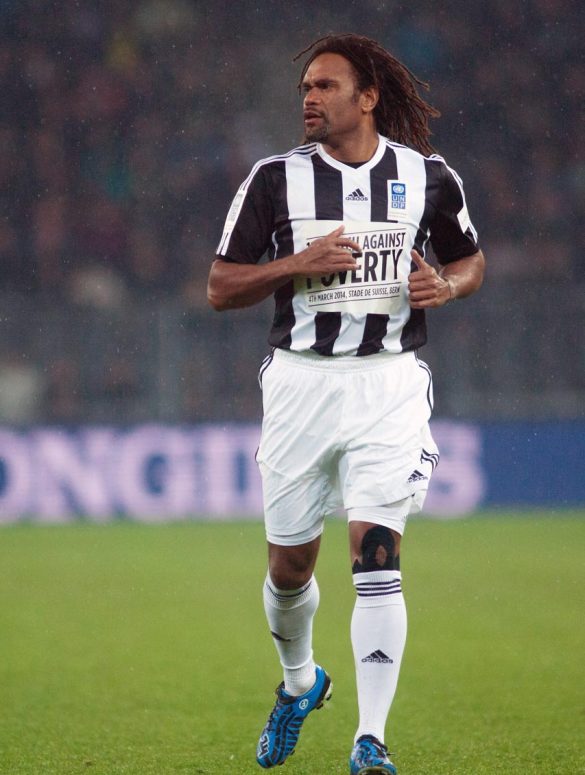 Christian Karembeu was born in 1970 on the Pacific island of Lifou, New Caledonia, an overseas territory of France. Christian played football from earliest age. He was noticed by scouts of Ligue 1 team Nantes and migrated to France, aged 17. At first he struggled with the weather, people and the different life in France, but he was a success on the pitch as a talented and capable midfielder.

Christian Karembeu had success at Nantes. Bigger clubs noticed him. He moved to Italy to play for Sampdoria. Karembeu was a popular player in Genoa. His team-mates supported his campaign to stop French nuclear tests in New Caledonia. In 1997 Karembeu moved to Real Madrid and helped them win the European Cup. He was in the French team that won the 1998 World Cup.

Christian Karembeu often spoke out for political causes: racism in New Caledonia and nuclear testing and the environment. He hit back at right-wing voices like Jean-Marie Le Pen who moaned that France’s team was “not really French”. Karembeu consciously did not sing the French Anthem (Marseillaise) before games. Explaining in Le Monde that: “My family, like many Kanak families, underwent horrible experiences.” Here he referred to the discovery that in the 1931 “International Colonial Exhibition” his great-grandfather, William Karembeu, was forced – with 111 of his fellow Kanaks – behind cages (called: Human Zoo), to be exhibited as “the cannibals”. “To impress the onlookers the director had provided them with wooden shins and ordered them to dance and mimic scenes of cannibalism by uttering cries of wild beasts.”, as is quoted in Le Monde from the book “Christian Karembeu, kanak”.

Christian Karembeu was an example of colonial migration and a vocal campaigner to raise awareness about the French mistreatment of the indigenous Kanak population in New Caledonia. He also became an example of economic migration, moving from country to country across Europe in search of footballing success.

Educators could look at the life story of Christian Karembeu and work with young people to consider this question:

An excellent profile is written up by Christopher Weir on These Football Times. You could also explore some of the media productions in which Christian Karembeu discussed his heritage in various ways, including Of Islands and Men (2011) or the in-depth interview (in French) on KTO TV (2012).

Christian Karembeu’s experience is an example of colonial and economic migration. 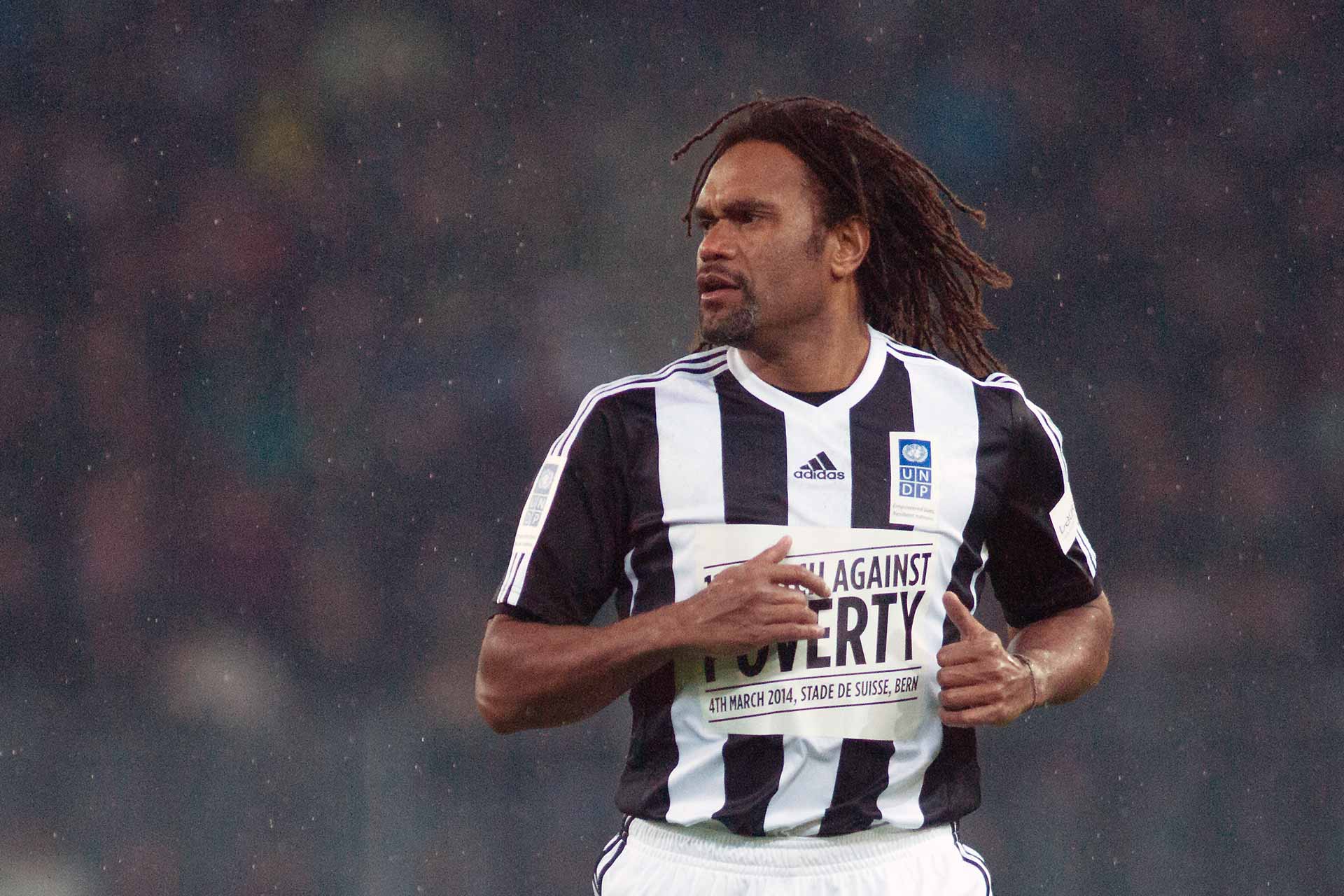