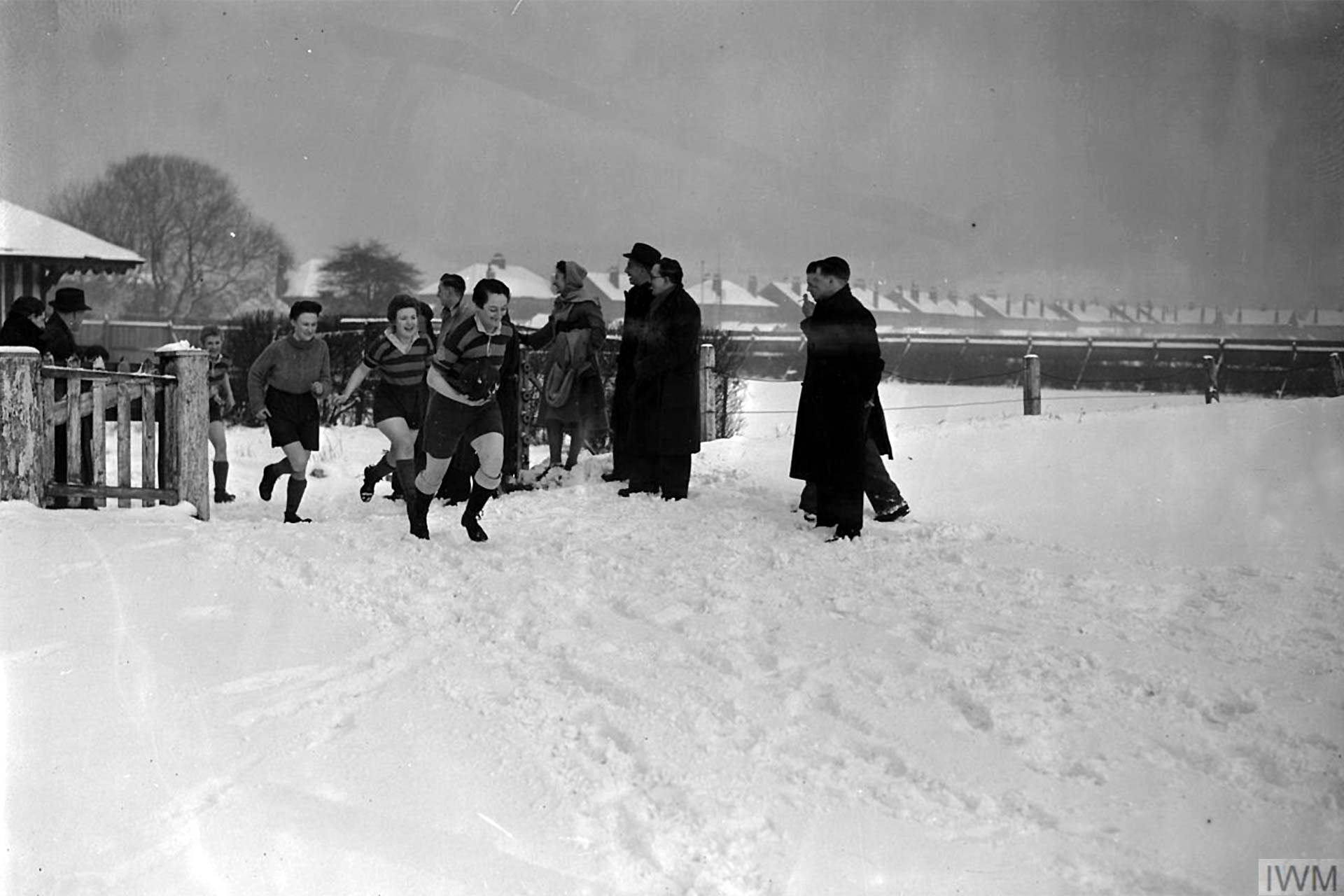 Wales move towards a more inclusive society with Football History

We can learn more about everything in society through football

We would say that the history of football contains millions of stories, of individuals and communities, of movement and processes, which can open doors to the conversations we need to have in the present. In Football Makes History we speak with history teachers from all over Europe to talk about how and why they incorporate Football History in their lessons. Here are the thoughts and experiences of two history teachers in Wales. Let’s meet:

Gareth Thomas (GT): teacher at Radyr comprehensive school in Cardiff, Wales. One half of the Football History Boys. GT is a Cardiff city supporter and has a season ticket, also he has a ‘tournament ticket’ for the Wales national team and attends their matches.

Ben Jones (BJ): teacher at St Helen’s RC primary School in Barry, Wales. The other half of the Football History Boys. BJ is a Liverpool supporter, but also supports Wales.

We came across GT and BJ through the work they do with Football History Boys. They also happen to be teachers, who combine their passion for teaching with their passion for Football. In this conversation they talk about how, why and to what success they implement Football in their Classes.

GT: Something I have really enjoyed sharing with my Y7 students (Age 11-12) was the wider social impacts of football hooliganism in Britain in the 1970s and 1980s. Studying a topic, called ‘Days that Shook the World’, we spent a lesson considering why football hooliganism was a problem in Britain. This led to us looking at why the Heysel Disaster of 1985 happened and the impacts of this, such as how the students would try and fix and prevent this. We then also thought about the Hillsborough Disaster of 1989 and how this brought an end to the years of violence and changed attitudes to football in the UK. This was something all students found really interesting, even those who do not enjoy sport necessarily. They were able to see that football had much wider impacts on British society and this affected all people from fans to the government.

BJ: Teaching in the primary setting means fitting football into the curriculum is a bit more limited. However, certain days throughout the year offer the opportunity to create inventive lessons with football as the leading context. My favourite has been on International Women’s Day. With my class of 7-8 year olds we learned more about the role women’s football played in the First World War. For many of the children they were unaware as to the rich and deep history that the women’s game offers. Upon discovering more about certain individuals and the later FA ban which was imposed on those playing, they found themselves really getting into the topic and realising that football was a way in which we could improve our literacy and social skills. Perhaps the most rewarding was seeing how the girls in particular were provided with new role models and heroes from a sport which has often failed to inspire female participation.

GT: I think sometimes there is some scepticism to using football or sport as a tool for teaching history from some adults. They think of it as a hobby rather than something that has affected society in the past. However, I held an after school training session with some Humanities staff on some of the sport lessons I had taught to show the value of them and this received positive feedback, showing that these lessons are worthwhile as part of the curriculum. For the students, so many of them love sport, and this had a massive impact on their engagement lessons. They were excited with the lesson topics and during their end of unit task, many choose to write about their positive experience with the sport lessons.

BJ: When the topic of football history is introduced to the primary classroom, it will often initially split the opinions of the class. Those who have a passion for the sport are instantly engaged but others who might consider themselves ‘not to like football’ can lose some interest. This is why it is important for me to stress that there is more to football than just score lines and that we can learn more about everything in society through its study. By choosing suitable areas of football, like women’s football history, I manage to win most around and they generally enjoy it. Parents are often very receptive over the idea of using football to inspire reading and writing. What I have often found is that younger boys tend to be uninspired by books provided by school and that a simple change to a football novel or magazine can have them transfixed in what they are reading in seconds.

Looking backwards, to look ahead and place football in social and political frameworks

GT: Football so often reflects society, even with the ongoing COVID crisis across the world. I look forward to teaching a lesson about the comparison between how British football reacted in the First World War, the Second World War and with COVID-19. With the British government saying that football should return to ‘boost public morale’ the comparisons between WW2 and today are very clear! I think the use of football can just sometimes be ‘dropped’ into lessons. An example is when I used the picture of the English football team doing the Nazi salute in 1938. We were studying the British government’s ‘appeasement’ of Hitler and how the FA instructed the players to salute Hitler. It led to a very interesting discussion with Year 8 (Age 12-13).

BJ: We have of course used football in our schools and the classes that we teach but the clearest example I can think of was when Gareth and I were both studying history at Swansea University. In our final year we were offered the opportunity to specialise in the module, Sport and Society, 1860-1960. Under the guidance of our tutor Martin Johnes were introduced to a world in which football meant so much more than just the weekend fixtures or league tables. Considering we both believed ourselves to have a great knowledge on football history before we started the module, we quickly realised that we hadn’t yet scratched the surface of one of history’s most fascinating areas. The module helped us to comprehend the society around us to a much greater level and see clearly how gender, identity, politics and class are intricately linked with the sport we love.

Football as context to combat discrimination with education

GJ: Two ways I have shown this is with women’s football in Britain during the First World War, and also the black British army officer Walter Tull.

Walter Tull is interesting because he was the first black British army officer during WWI. He was also a top flight footballer and joined up as part of the government’s ‘Footballer’s Battalions’, this is a really good story to look at and consider his importance.

BJ: Women’s football in WWI seems to be the most obvious choice for lessons on social inclusion in the primary classroom. At such a young age it is vital for teachers to be helping those in their care to understand that equality in paramount to the success of any community. Women’s football and its ban in 1921 highlights that history has not been equal and not that long ago women were fighting just to be able to kick a football. Offering the class an opening question like “How would you feel if what you loved was taken away?” really encaptures their interests from the start. In a previous class we were visited by ‘Show Racism the Red Card’. Teaching the children the dangerous nature of stereotyping and the nature of racism in society was a real eye-opener for many. Using football as a context instantly helped the class of 10 year olds feel at ease and able to offer their own experiences and worries.

Building inclusive societies with football as a ‘way-in’

GT: Football is something that breaks barriers. Whilst it is still not perfect, football allows people from all classes to succeed, based on talent rather than upbringing. It also allows minority groups to be included far more than some other professions, there is a high degree of successful black footballers in the UK, the leagues often being far more reflective of modern society than other workplaces. I think talking about women’s football history, or stories like Walter Tull, gives students a chance to appreciate this more. For example, Lots of the boys who had previously perhaps expressed their doubts about women’s football, then went away and researched the women’s footballers from WWI we had studied.

BJ: Football is often described as the ‘world’s language’. It is a common interest shared by hundreds of millions of people all around the world regardless of race, gender, social status. By helping children to comprehend the core principles of an equal society can only help for future generations to develop into tolerable and understanding individuals. Using football, an interest that many already share, a ‘way-in’ can be found in even the most unlikely of places. I taught in both socially deprived and socially affluent areas but the one thing that seems to unite the children is their love of sport and in particular, football.

In history education, time is a scarce resource, but the pre-existing interest in sport and football from both GT and BJ, gives them an interesting opportunity as teachers to bring past eras to life through something very recognisable: kicking a ball on a pitch. In our conversation, GT and BJ have shown that there is more to say about the utility of Football other than only the entertainment value. To quote GT ‘Football breaks barriers’, which allows for debates on equality, social inclusion and society at large. But the question arises whether a teacher without this pre-existing interest can reach the same result.

Next up will be the work of a history teacher in Norway!

In this article Football Makes History speaks to two teachers from Wales, Gareth Thomas and Ben Jones about their experience using football history in their lessons

Previous
French Footballers and the May 1968 protests

Next
Today in 1990: a match to teach the collapse of Yugoslavia