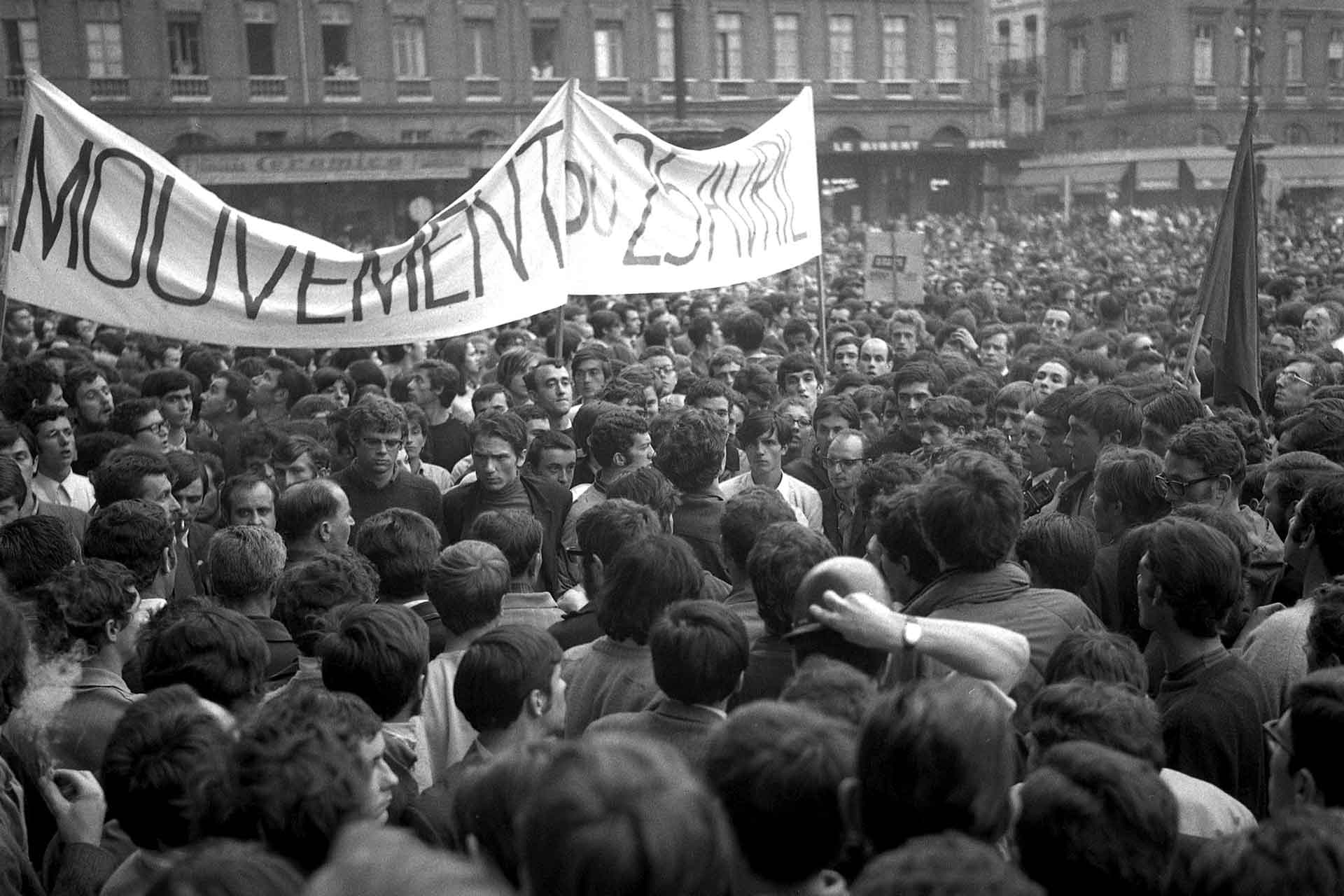 When Football went on strike with the 1968 protests in France

Home
Stories
French Footballers and the May 1968 protests

In May of 1968 students and the working class in France took to the street. Strikes and other forms of protests spread through France. The events didn’t leave Football untouched, on 30 May 1968 a charity match was played between Nantes and Rennes in sympathy with the protests.

In the 1960s French students got more and more agitated by the way they were treated. The regime at Universities was very paternalistic and strict. A good example is Nanterre, a dreary complex in a poor Parisian suburb, as a solution to a growing number of students. Here students weren’t allowed to express political views, meet with members of the opposite sex at their rooms, or even change their furniture. Students simply asked for more freedom to live their life as they saw best. On the night of 10 and 11 May 1968 it all came to a climax. University buildings were occupied, barricades built in the streets. The authorities spoke of a small group of leftist radicals and had no intention whatsoever to hear their complaints.

On May 13 however, a march attracted over 800,000 people. Students walked hand in hand with sympathizing teachers, workers with leftist politicians. The working class in France also had every reason to be upset. The growing welfare and prosperity went by them. In May 1968 strikes spread like wildfire. A Renault factory in Cléon was brought to a standstill. Soon the strikers went to Flins to end up at Boulogne-Billancourt, where the largest of the Renault factories was situated. In Lyon workers jokingly changed the name of the firm Berliet into Liberté. What started with 200 strikers on May 14 ended with 2 million on May 22.

A lot of other professions were influenced by the provocative atmosphere: doctors, artists, clerics among others, and footballers as well. One action stands out. On 22 May 1968 at eight in the morning amateur footballers and two professional players, André Mérelle and Michel Oriot from second-tier Red Star Football Club, and the journalists François Thébaud, Francis Le Goulven, Maurice Ragonneau and Jean Norval from the critical Miroir du football occupied the building of the French Football Federation (FFF) on the Avenue d’Iéna 60. From the balcony two banners were hanged with the texts: ‘Le football aux footballeurs!’ and ‘La Fédération, propriété des 600.000 footballeurs.’

All staff were sent home, except for Pierre Delaunay, general secretary, and George Boulogne, national instructor, who were ‘taken hostage’ till the afternoon. The peaceful occupation ended on May 27. To reinforce their actions the protesters wrote a manifest where they summed up their demands. They were fed up with the FFF abusing its power by – what they sought – enriching themselves and a few elite clubs. The wages of professional players were low and contracts miserable. Membership contributions instead should be used to improve football facilities on every level. A plan to introduce a b-license was a thorn in their side as well.

A challenge for the establishment

Logically, many established football leaders didn’t show any sympathy at all. Understandably, for one demand of the protesters was the resignation of the top of the FFF and the entire staff of the national football team.

For Boulogne, his football vision contradicted with that of the activists. To Louis Dugauguez, manager of the national team, however, the occupation should’ve been a reason for reforms. At least the FFF should hear the viewpoints of the protesters. Just Fontaine and the communist millionaire Jean-Baptiste Doumeng (until 1967 chairman of Toulouse FC) were in favour of a total reorganization of French football.

The reaction of the FFF was one of complete disapproval. The FFF downplayed the importance of the actions late May 1968 immediately.

The National Union of Professional Footballers (UNFP) were unhappy with the actions but agreed with many arguments. Due to pressure from the UNFP, media and many footballing greats, the FFF had to give in. The same year the plans for a b-license were withdrawn. The following years the FFF created more and more possibilities for participation on a national and local level.

The occupation of the headquarter of the FFF is an example of revolutionary behaviour by footballers, among them two professional players. Still, other professional players weren’t unmoved by the unrest in France, au contraire. On 30 May 1968, a friendly charity match was held between Nantes and Stade Rennes in Stade Marcel Saupin. The match attracted 13,000 visitors. It’s not strange that Nantes was the décor of this match. One of the first occupations of a university and a factory were in the city of Nantes. By the end of May the city was immersed in anarchy and revolution. Students, workers and farmers had overthrown the municipal government and for a short period took matters into their own hands.

Nantes defender and French international till 1967 Robert Budzynski explained that due to the strikes, which had public life in a grip, the game against Nîmes that day was postponed. A reason for Budzynski and probably other players of Nantes and Stade Rennes to hold the friendly match was to show their support to the strikers and also the UNFP, which demanded more recognition and a say in decision-making by the FFF. The revenues went to the families of strikers. It shows the May 1968 protests didn’t leave footballers untouched.

More can be found about this episode in history in French here.

In May of 1968 students and the working class in France took to the street. Strikes and other forms of protests spread through France. The events didn’t leave Football untouched, on 30 May 1968 a charity match was played between Nantes and Rennes in sympathy with the protests.

Next
Wales move towards a more inclusive society with Football History