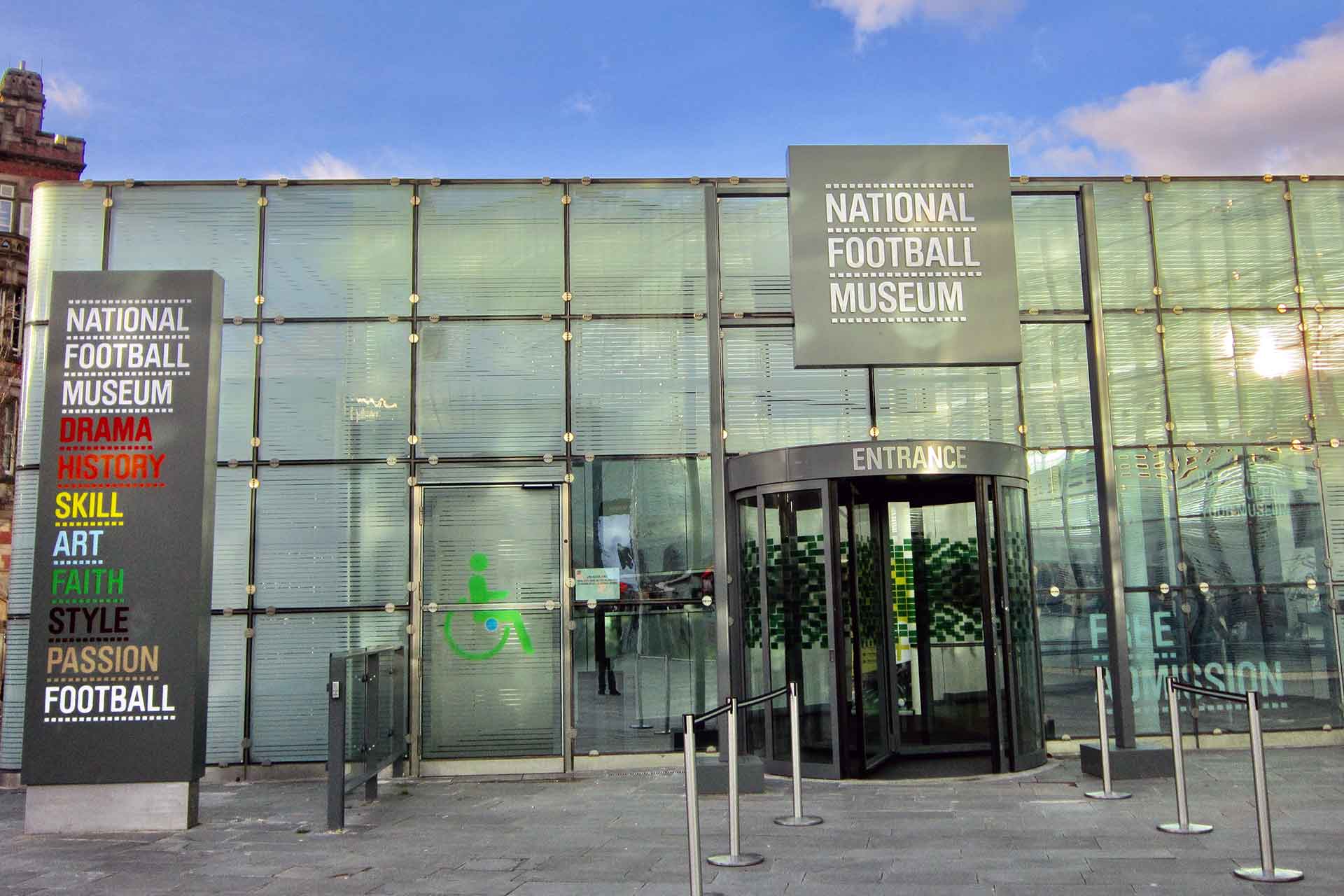 Unleash the potential of football museums

How to make football museums more than trophy rooms?

As a part of the Football Makes History project, a webinar series was organised in the spring of 2021 called ‘FC EuroClio’. One panel discussion revolved around the personal experiences of football pioneers and considerations about football as a cultural heritage. This article reflects on the discussion about football museums.

The reason why I applied for the job was that I did not want it to be Disneyland football. I wanted it to be an objective look at the history of the game, to treat the subject seriously and with objectivity, not a celebration of football – but an honest look at the game, every aspect, including the negatives such as sexism, racism, and homophobia in the game.

Kevin has gladly remarked that whilst setting up the museum, he could freely bring the true history of football into the museum. In club museums, the importance of big cups and the heroes they have is indeed too often overvalued. There might be small display elements about WWII, stories about racism, homophobia, or other issues, but those are often confined to a corner and those issues always play a minor role. Due to the limited space within the permanent galleries, these issues are more likely to be tackled in temporary exhibitions. For example, the English National Football Museum had in 2003 an exhibition on Arthur Wharton, a pioneering black professional footballer – telling the story of how he came from Ghana to England in 1882 to learn to be a methodist missionary but instead decided to be a footballer and athlete. In 2005, they had the world’s first exhibition on women’s football during the UEFA European Championships in England. As these exhibitions are temporary, they were able to tackle issues like gender or racism more in-depth, and on their website or through learning programs.

An opportunity for informal learning

Kevin speaks up about the dangers of club museums being too celebratory, as they see the museum just as a display through which showcasing their victories and their heroes, leaving out other (hi)stories. “Football is about stardom, which is why an inclusive hall of fame, to some extent, is a good idea. We all have our heroes.” However, visiting a museum is and should be an informal learning experience, a way through which people inadvertently learn. The English National Football Museum launched a special session for people with dementia back in 2017, around the 50th anniversary of England winning the World Cup in 1966: their memories were prompted by football and it was a great way for people to connect. In 2018, a similar project was carried out in The Netherlands by the professional football club Willem II Tilburg: “Football Memories” brought together people with similar backgrounds to show them old parts of football matches. In both cases, football memories seemed to create an environment where the elderly were able to not only recall memories but also make new connections that they normally would not be able to make.

Local public museums have an important role, but as not every football club has or can afford to have a museum, it is important to inspire football clubs to engage more socially, for example by running some social reminiscence programs with their fans. Whilst most clubs interested in social responsibility do all kinds of programs related to physical exercises, healthy diets, etc., they are rarely focussing on making educational programs on history. To engage socially, clubs should relate more strongly to their fans – as Kevin observes, “the fans carry the history of the club, they are the ones who hold the tradition, the sense of belonging and the identity, and the club doesn’t. The club is whoever owns it now, and is a private entity.” It’s a money issue, but also a matter of ownership.

Football Makes History has a great role in showing the value of history, learning, engagement with schools, connecting schools and older people and football clubs together and using the social power that football clubs have.

Would the idea of setting up a European Football Museum be feasible? Although a world football museum already exists, various and controversial opinions were given on this topic. One of the issues is that the passion that each set of fans has is for either their own club or football in the nation – which is why national football museums are growing in numbers, so these kinds of museums would not work by continent. “Certainly you won’t have a museum that tells the story of European football, because that’s with the individual museums. What you could have is a very interesting museum about the European football competitions and also how football spread around Europe and what that common culture of football across Europe means.” In other words, having a museum that tells the stories of the champions league, the European cup, the development of football in Europe. As European football does not exist and has never existed in isolation, it’s rather a story of migration and connection, it would be interesting to trace the history of football in Europe on maps – and investigate further to what extent football and migration are connected.

This article first appeared on the website of our partner EuroClio, where you can find more articles related to Football and Education.

This article is the result of a webinar series from EuroClio which tackled football and social issues to explore how football history and society intertwine.

Next
Is Football a “Power Play”?