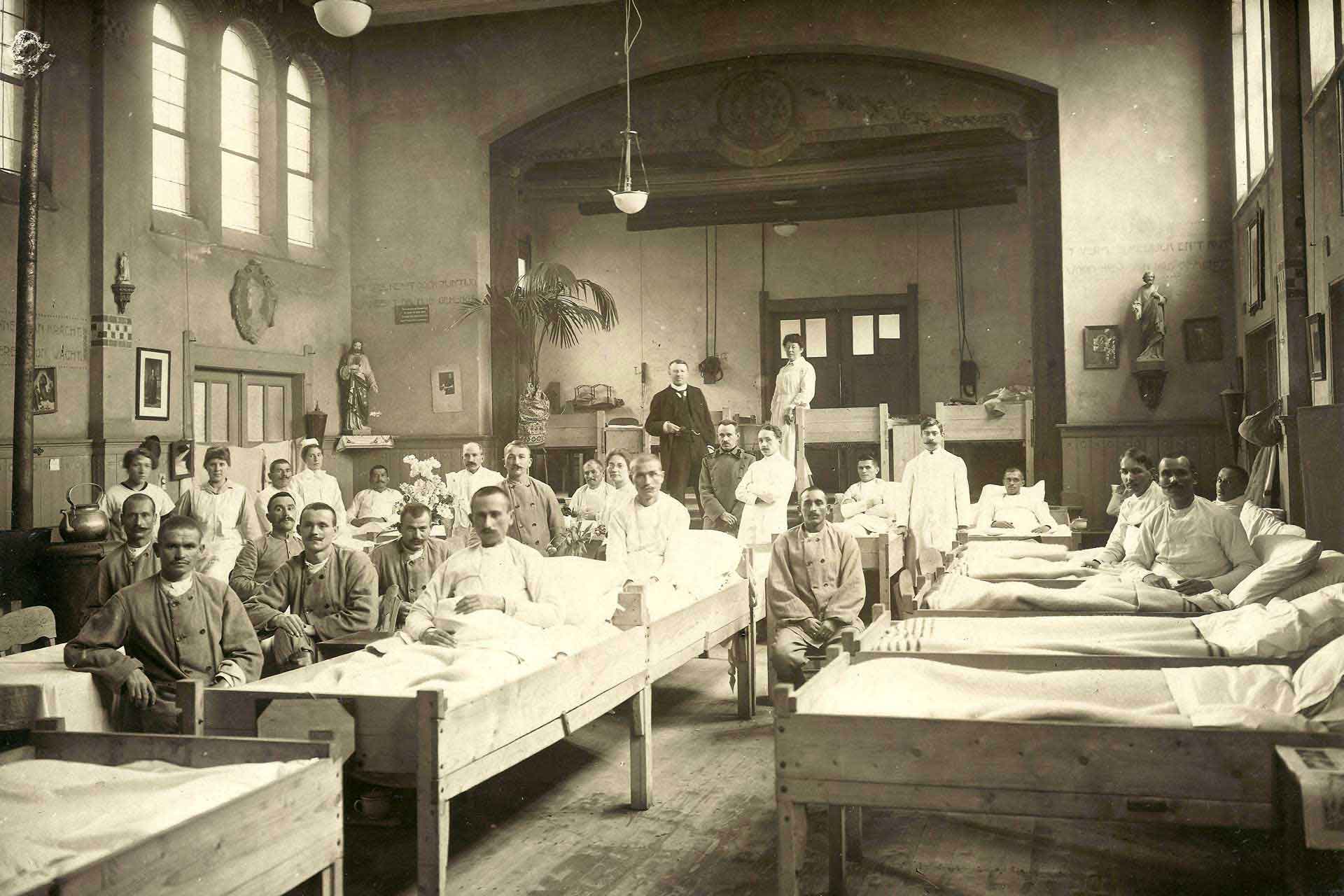 The global pandemic of a century ago also impacted football. Spanish flu of 1918

In a matter of just a few days, not just national football, but also international football has been fully paralysed due to the coronavirus. While this situation is undeniably exceptional and many countries are experiencing lockdown it is not the first time that a crisis impacts the world of sports to this extent. Here’s the short story of how the Spanish Flu affected football in The Netherlands.

An illness that tackled football

In many countries, football competitions were interrupted because of the First World War, such as in Belgium, Germany, and England. The outbreak of the Spanish flu also caused a similar phenomenon, in which many national competitions were also cancelled. The football world lost the opportunity to see many great players in action, such as the Scottish Angus Douglas and Dan McMichael, once manager of Hibernian FC.

The Netherlands was a neutral country during WWI and was thus spared from the direct violence and consequences of the war. The Dutch competition went on, albeit under difficult circumstances, such as difficulties relating to the mobility of many international players, among other adverse conditions. The first media pieces about the Spanish flu appeared in the summer of 1918. The “Sportblad”, a media outlet of the Amsterdam Football Association, published:

this illness could become a serious obstacle for the games to come.

The foreshadowing by the Sportsblad came true – and it proved to be every bit as serious as reported. In late August, the Rotterdam-based Feyenoord was to play in Amsterdam, but the game could not take place: the opposing side had seven sick players. Entire leagues were affected by the malaise, with teams from the East having seven or more players unable to go out on the pitch. By November, half of the planned games in the west of the country were cancelled. Cities such as Almelo and Wageningen promptly forbade public entertainment events altogether, football included.

C. Oosterwijk, a board member of Sparta Rotterdam, fell prey to the flu at the young age of thirty. In Winschoten, the famous footballer G. Schoonhoven, and in Deventer, Gerrit van Tongeren died as a result of the disease. A comprehensive overview of all the victims of the Spanish flu in the Dutch football world was never carried out.

A question of governance

The Dutch Football Association – before receiving the royal title in 1929 – decided to disregard the calls for postponing the competition:

the secretary and treasurer of the Dutch Football Association hereby informs that no postponing of matches will take place because of the reign of the Spanish flu.

Not having enough players to face another team was deemed to be a more acceptable reason to postpone matches by the Association, though.

And as the coronavirus rages on, European football organisers are challenged to both comply with public health measures, as well as prepare and plan ahead for when the ball can start rolling again.

Next
Educational game about dealing with discrimination