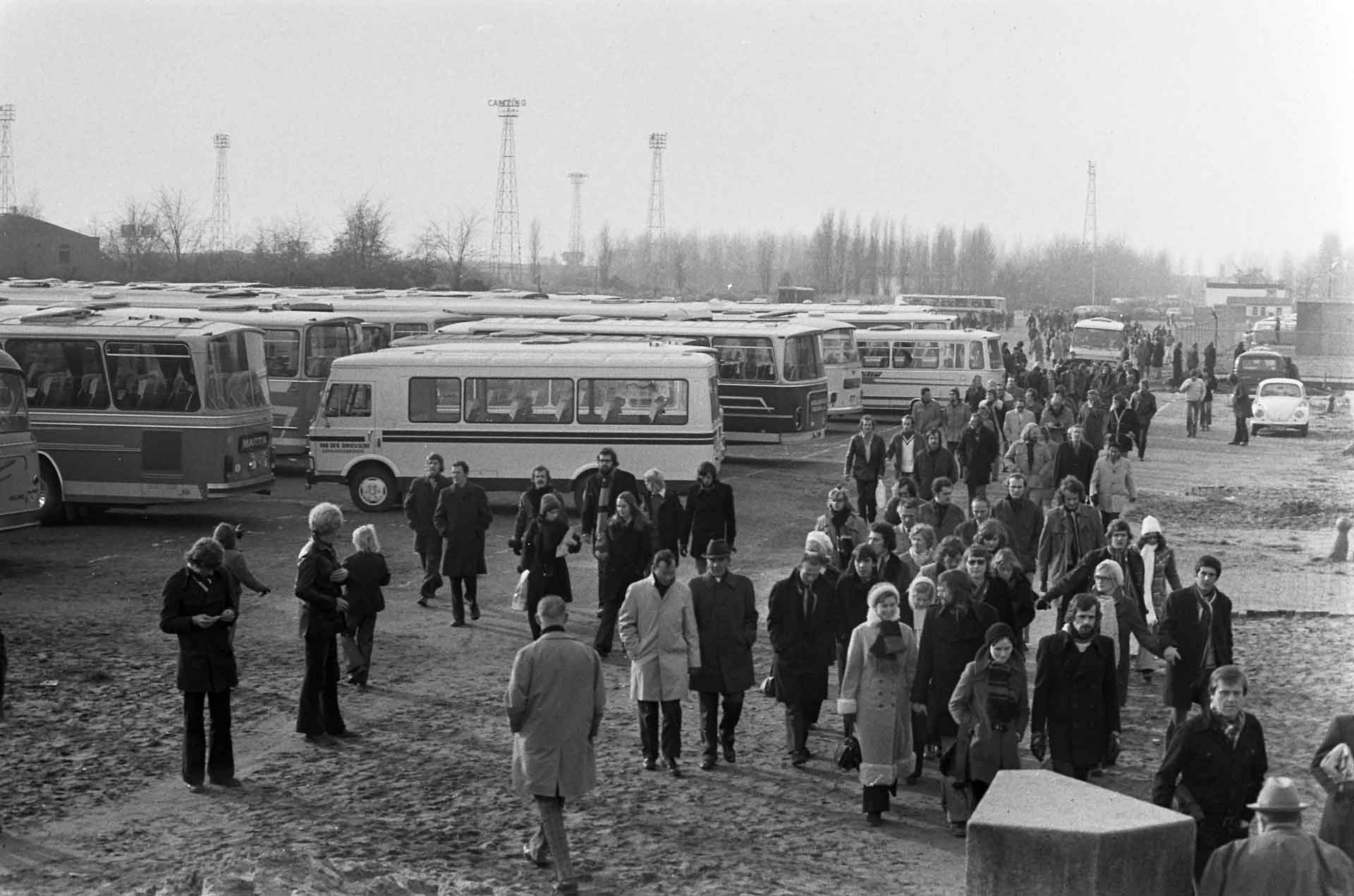 It is not the first time that a crisis impacts the world of sports.

In a matter of just a few days, not just national football, but also international football has been fully paralysed due to the coronavirus. While this situation is undeniably exceptional and many countries are experiencing lockdowns, it is not the first time that a crisis impacts the world of sports to this extent.

Here’s a short story of the interruption in football in The Netherlands during the Suez crisis (1956) and the Oil crisis (1973).

Not going to the match by car?

The closure of the Suez Canal, called the Suez Crisis, took place in 1956. Because of the scarcity of petrol, the Netherlands enforced car-free Sundays from November 23rd to February 3rd 1956. The KNVB was sceptical about this policy from the very beginning:

we are expectant to see what the football supporters do. What will have the upper hand: the love of the fans who want to see their teams play at any cost or the sigh of resignation of the man who won’t attend a match if he cannot comfortably drive to the stadium?

The FA was perfectly aware that clubs would financially suffer from the decrease in ticket sales. Indeed, the amount of spectators at Rapid JC games – the precursor of Roda FC – was immediately reduced to half. Practical jokers in Rotterdam and Limburg traded their cars for horses and travelled to football games on them. Hil, partner of legend Abe Lenstra, famously told the press that she did not find it necessary for her husband to get an exception from the car-free Sundays: ‘Why can’t Abe just take the bus?’

In 1956, Limburg supporters of VVV famously challenged the car-free Sundays policy by renting out German busses in order to travel to the Olympic stadium in Amsterdam. These fans cunningly found a loophole, given the ban applied only to vehicles with Dutch license plates. The travellers were to get on the bus in Germany, but ran into trouble as some of them did not have valid passports at the time of crossing the border, and were stuck in the Netherlands. A police escort prevented more fans from getting in the bus in Venlo. Some days later, minister of Traffic and Water Management Algera expressed his indignation with the behaviour of these supporters during a parliamentary debate.

After the end of the car-free Sundays policy, a physician from Mierlo had to appear in front of court in Den Bosch to justify his breach of said law. The doctor had driven to a football match in Eindhoven. The policy allowed for him, as a medical professional, to travel by car in order to attend church services and concerts, and this particular doctor thought football games were also included in the exemption. Court ruled against him, giving him a fine of 500 gulden, equivalent to 1750 euro today.

The most important Middle Eastern oil producing countries decided to cut supply to a number of Western countries during the 1973 Oil Crisis, as a reaction of their support for the state of Israel. Once again, football suffered due to the resulting oil shortages.

Most night-time matches in England and Germany were cancelled from late November until late January in order to save energy. Matches in the Belgian first division were moved from Sunday November the 2nd to Saturday the 1st – a never before seen move by the Belgian association. A team as prominent as Arsenal got close to bankruptcy due to these measures. Italian football, on the other hand, was basically not impacted by the crisis. Even more Italian fans attended football games during their first car-free Sunday, under rain, snow, or sleet!

In the Netherlands, it was forbidden to drive cars on Sundays from November 4th1973 to January 6th1974. The consequences of this policy were vast, given every Sunday an estimated four million people travelled to attend football games. The KNVB had no contingency plan, and thus requested the government to postpone the first car-free Sunday to November 11th– to no avail. Supporters were to travel using public transport, walking or cycling. Public transport, especially bus stops, were saturated by fans.

The KNVB rejected the proposal to ban matches that required lighting by late November. Local bans happened incidentally, for example in Noordwijk and Coevorden. An interesting discussion took place: was it not even better to play on Saturday evenings, with the use of artificial lighting, rather than on Sundays? Should no games take place on Saturdays, thousands of fans would all stay home using even more energy than they would if they would be all together at the stadium. Unlike in Italy, attendance dwindled in the Netherlands. Roda JC suffered losses of 30000 gulden in missed ticket sales, and Ajax and Feyenoord reached historical lows in attendance during home matches.

Just like during any crisis, people found creative solutions to the current problems. Jan Beck, a referee in the Dutch competition, was brought to the stadium on the child seat on the back of a bike. A fellow referee was picked up from his address in a chariot to be taken to the stadium. Roda JC trainer Henny Holink, and one of his players, Gerrie de Goede, travelled to matches on horseback. De Goede was disappointed to hear he was not allowed to leave his horse grazing on the pitch after the game.

Because of the car-free Sundays, amateur football in the Netherlands was fully interrupted from December 21st to March 1st, as an extension to the winter break. 800.000 players were affected by this measure.

Find out more about football history which can give us some perspective on the current crisis to past football histories, including this article on the impact on FC Chelsea, and this overview by the BBC.

Have you also read some interesting football stories related to this crisis, please share those with us!