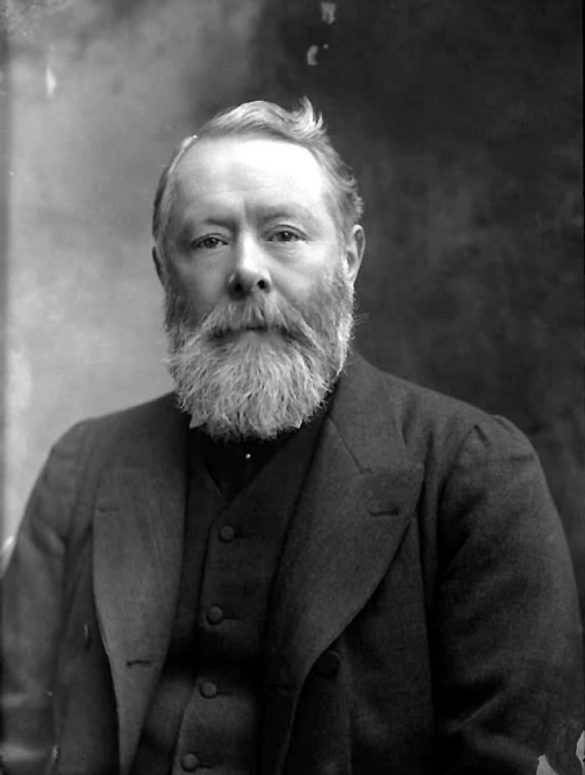 Aristocratic Founder of the Game

Arthur Fitzgerald Lord Kinnaird, was born in Kensington, London in 1847. His father was a banker, and member of the House of Lords. Arthur’s privileged education, at Cheam, Eton and Trinity College Cambridge, allowed him to excel at athletics, swimming, canoeing and tennis, but football came first. He started in the game with Wanderers, a team of wealthy “gentlemen amateurs”.

Arthur Kinnaird had success with Wanderers, winning three FA Cups between 1873 and 1878. He was just as famous with Old Etonians, winning the FA Cup twice more in 1879 and 1882. His style of play was physical, using tactics like “hacking” and charging opponents from behind. This was an era when the laws of football were ill-defined and at the centre of many disputes. Though born in London, Arthur considered himself Scottish. He played once for Scotland, in 1873.

Arthur Kinnaird’s greatest fame was as an administrator. He got a place on the FA Committee in 1868, and stayed there fifty years, 33 of them as President, dominating the development of football, both at home and abroad. Kinnaird was also part of the class divisions of the game in England. His aristocratic dispositions and perspectives were very different from the working-class men from northern towns he so often played against. Lord Kinnaird died in January 1923.

Arthur, Lord Kinnaird was a footballing legend; as a player in nine FA Cup finals, winning five, and as President of the Football Association for 33 years from 1881 to the First World War. Kinnaird’s aristocratic upbringing gave him power and influence; but also set him apart from the working-class roots of football in the industrial towns of the North and the Midlands that became home to the Football League.

Educators could look at the life story of Arthur Kinnaird and work with young people to consider these questions:

Find out more about Arthur, Lord Kinnaird by reading more historical background on The Express which goes into the now popular series The English Game. You can find more details and reflection on his life beyond football on First Lord of Football – the life and times of Arthur, Lord Kinnaird. Earlier we also wrote an educational review of the netflix series.