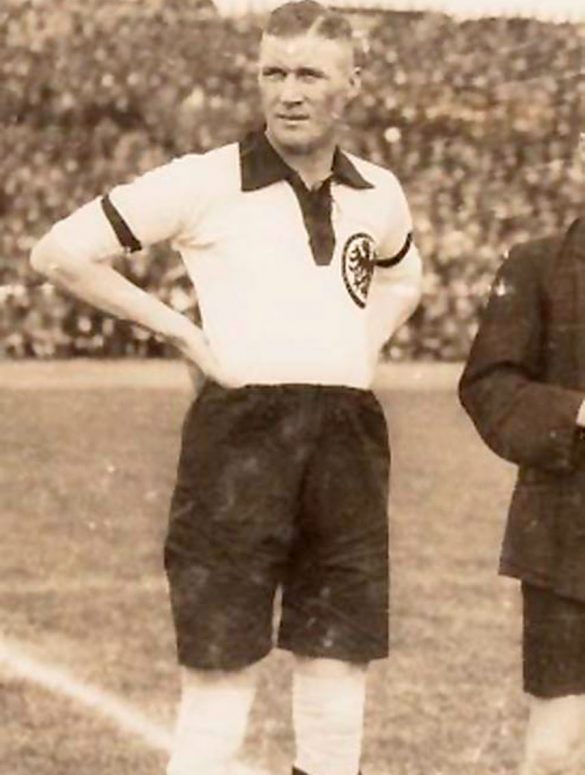 Born in Braunschweig in 1892, “Tull” Harder was awarded the Iron Cross for bravery in the First World War. Before the war he played for Eintracht Braunschweig. After an exhibition match against Tottenham Hotspur, who fielded Walter Tull (a Black British football pioneer), Otto got and adopted the nickname “Tull”. From 1919 he played for Hamburger SV.

From 1919 to 1931 he was a big, fearsome centre-forward for HSV and he played 15 times for Germany. In 1927 a movie “Der König der Mittelstürmer” (King of the Centre Forwards) was made about him. A brand of cigarettes was named after him. Harder was close friends with his Norwegian team-mate, Asbjorn Halvorsen. Harder retired as a player in 1934, soon after Halvorsen returned home to Norway. Their paths in the 1930’s and 1940’s have been strangely intertwined, but they never saw each other again.

Like many First World War veterans, Tull Harder joined the Nazi Party and made his career in the SS. First he was a security guard at the concentration camp Sachsenhausen. By the end of the war he was an officer (second lieutenant) in the SS. He was placed in command of the concentration camp at Hannover-Ahlem, a sub-camp of KZ Neuengamme, near Hamburg.  After the war, a British military tribunal prosecuted him for war crimes. He pleaded “not guilty” and defended himself claiming that he did not know of the killings, explaining that prisoners were too afraid to tell him what was going on. Further testimonies were given to the court defending Tull.

He was found guilty, with four other accomplices, for the killing of 373 of the 617 who were killed at Hannover-Ahlem, and sentenced to 15 years in prison. His sentence was reduced to 10 years, and he was released within 4,5 years, on Christmas day 1951, greeted by an audience of HSV fans. When Tull Harder died in 1956, the funeral was attended by the club and many fans. The eulogy published by Hamburger SV thanked Tull for all his contributions, but omitted any mention of the war crimes.

In the First World War, Tull Harder was awarded the Iron Cross; in the Second World War he was commandant of a Nazi concentration sub-camp. Today Hamburger SV runs educational programmes, including a critical study of Tull Harder’s as the biography of a perpetrator.

Educators could look at the life story of Tull Harder and work with young people to consider these questions:

Watch a short clip about his life made by German public broadcaster NDR (in German), or read more about the fascinating relationship between Harder and Halvorsen on NDR Fussball. Also football culture magazine 11 Freunde wrote about his life. WDR also wrote about how the legacy of Tull has changed after his death. Have a look at the educational work of Hamburger SV around the history of National Socialism. 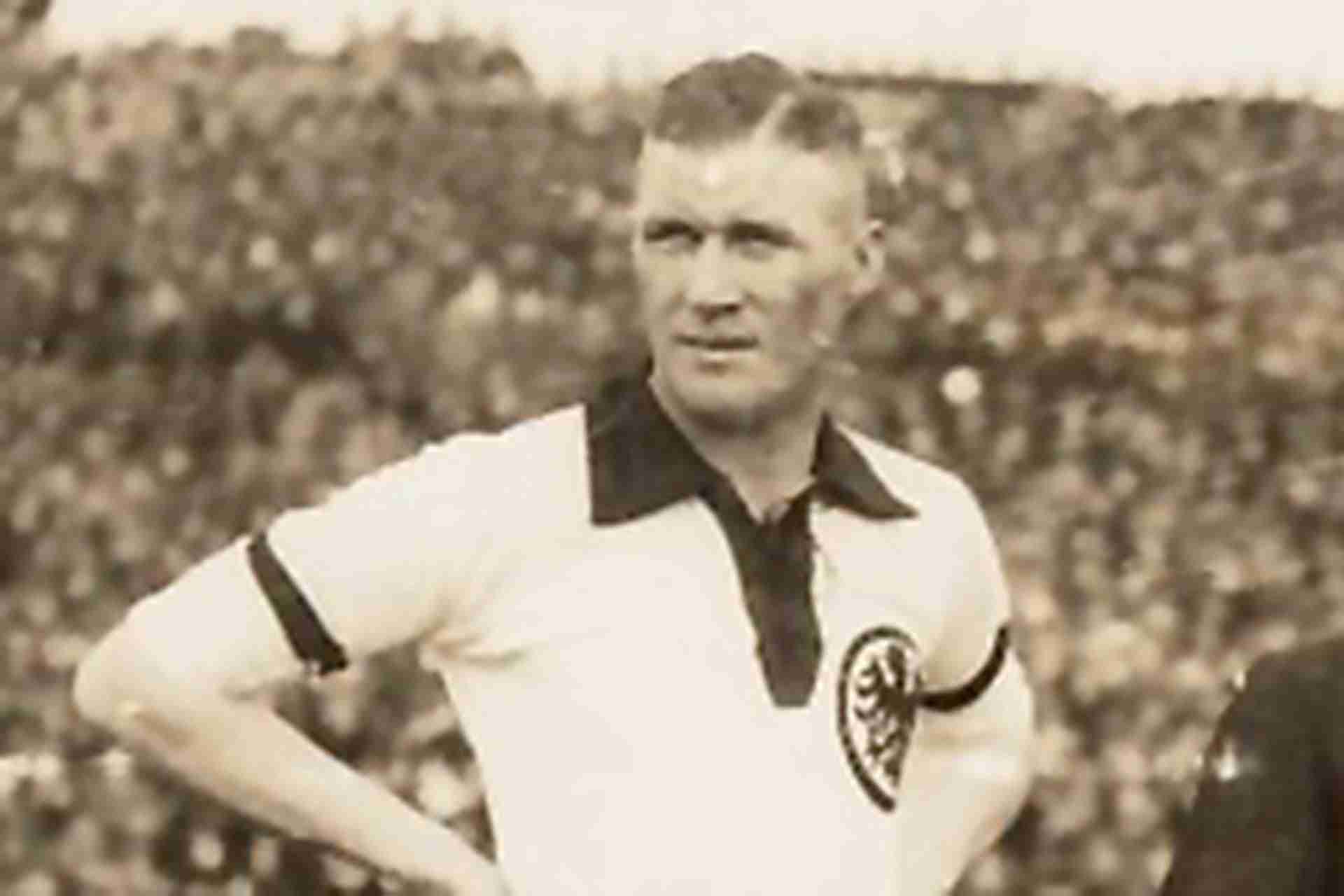