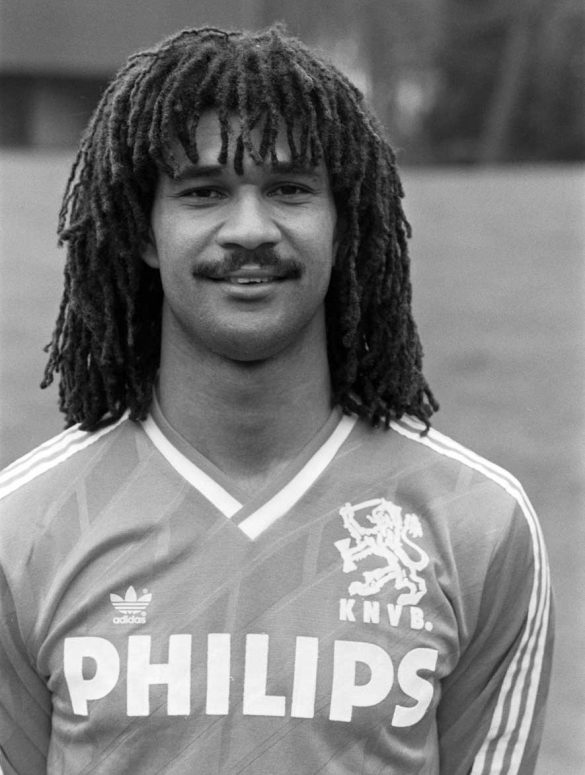 The Making of an Icon

Ruud Gullit (Rudi Dil) was born in Amsterdam in 1962. His father had come to the Netherlands from Surinam, at that time a colonial possession of The Netherlands. Ruud Gullit made his debut in senior football, for FC Haarlem in 1978, when he was only 16. He first played for The Netherlands, aged 19, in 1981, being one of the first Black players in the national team. He was signed by Feyenoord Rotterdam, before moving to PSV Eindhoven in 1985.

Ruud Gullit joined AC Milan for a world-record transfer fee in 1987. In Italy, Gullit won the Ballon d’Or as top goalscorer in Europe. AC Milan won the Serie A and two European Cup finals. Gullit captained the Dutch team that won the UEFA Nations Cup in 1988. He then moved to the English Premier League joining Chelsea in 1995. He became player-manager there in 1996. Outspoken and confident, Gullit had reached the very top, after coming from inner city street football in Amsterdam.

He recorded a reggae single in the 1980s, iconically wore his dreadlocks and he dedicated his Golden Ball to Nelson Mandela in 1987. After initial success, Ruud Gullit left Chelsea acrimoniously. He became manager of Newcastle United and later managed at Feyenoord, Los Angeles Galaxy, and Grozny in Chechnya. Gullit’s football insights, as well charisma made him popular as a TV pundit with Dutch TV from 2006, and with BBC Match of the Day since 2014. For UEFA and FIFA he acts in various capacities as goodwill ambassador, presenter and more. In 2020 he was appointed by the Dutch Football Association to join a committee working to stamp out racism and discrimination from the game.

Ruud Gullit seemed to represent a multicultural success story, rising far above humble origins to become a world star. His transfer from The Netherlands to Italy signalled a breakthrough moment. The transition to a public, television, career, is currently seen across Europe. In 2020 he takes on a new role with the Dutch FA to combat racism, and shares new stories of how he experienced racism in the past.

Educators could look at the life story of Ruud Gullit and work with young people to consider a specific period of breakthrough. What does his story tell us about the rise of global football stars? Why would stories of racism only come to light today?

These Football Times provides a parallel life story account of Ruud Gullit and his team mate Frank Rijkaard. Footballhistory similarly provides a concise account. You can also read his own thoughts on his time in the UK on the BBC. Watch Gullit meet his idol Nelson Mandela in a Dutch TV Studio.

Rising above humble origins to become an outspoken multicultural star. 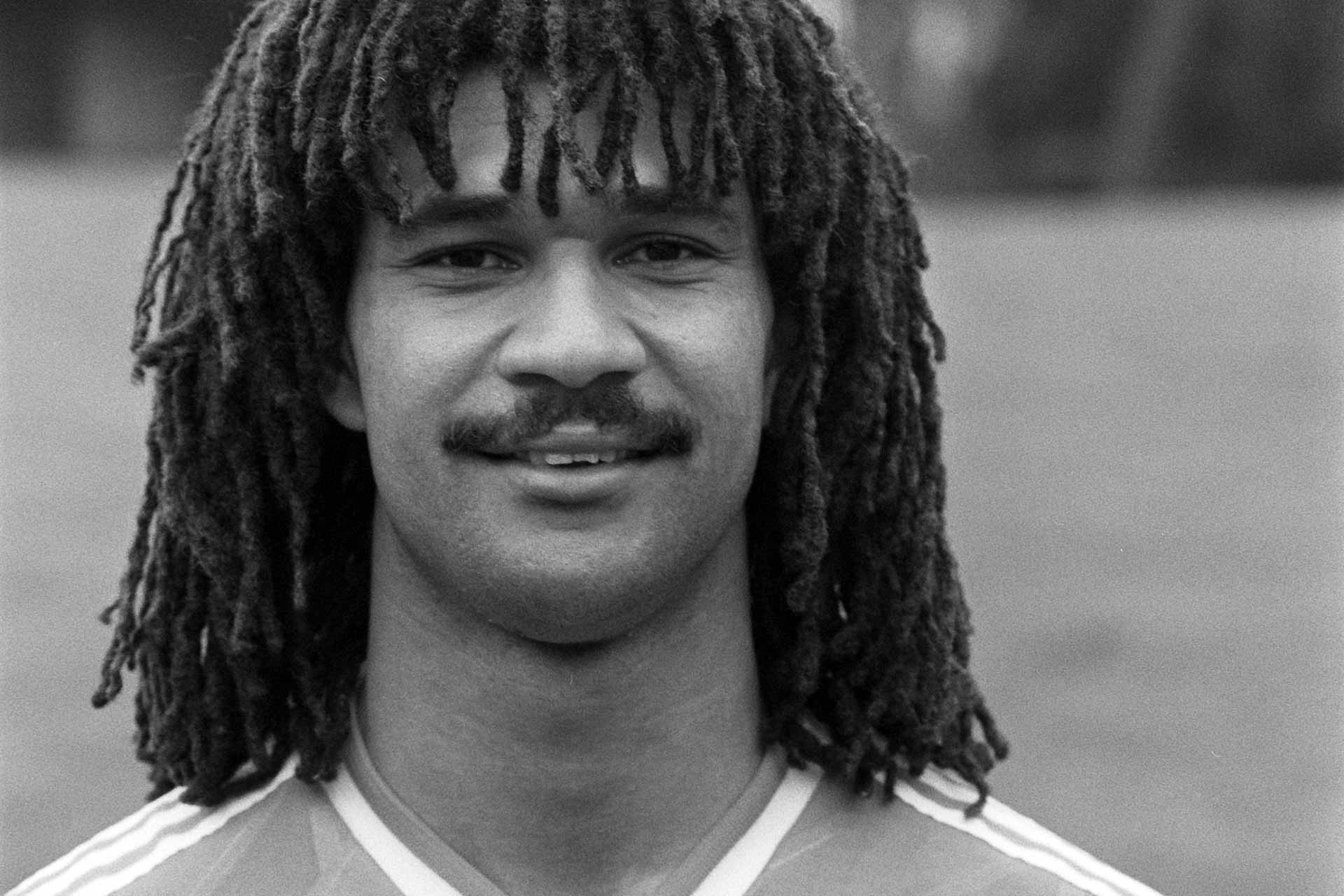