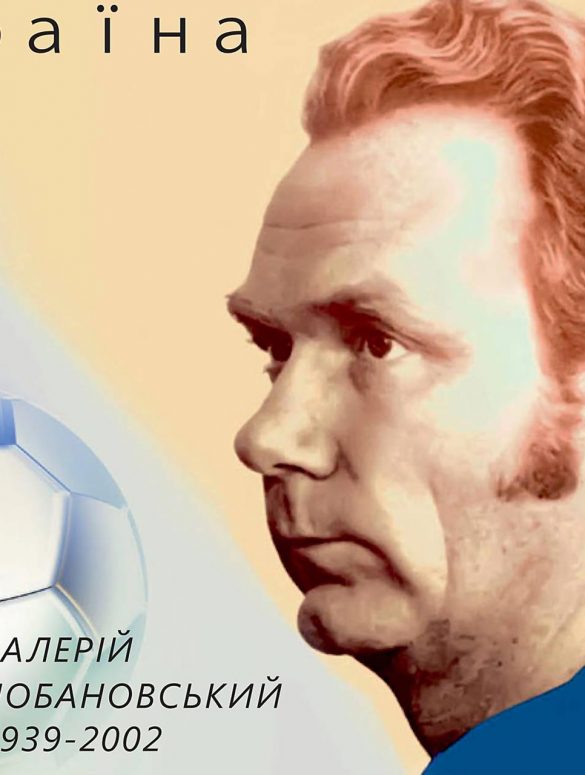 Valeriy Vasylyovych Lobanovskyi was born in Kyiv (then in the USSR) in 1939. The high school he went to is now named after him. He got higher education qualifications at Odessa Polytechnic. He was at the Football School of Kyiv until he joined FC Dynamo Kyiv, aged 18. From 1960 he was a fixture in the First XI at Dynamo, famous for his skilful crosses from corners and free kicks.

Valeriy Lobanovskyi left Dynamo in 1964 after falling out with the coach; he retired as a player, aged 29. He had scored 71 goals in 253 games, but his destiny was as a coach and manager. He managed Dnipro Dnipropetrovsk, and then he went back to manage Dynamo Kyiv. Lobanovskyi won many trophies there, including the UEFA Cup Winners Cup and the Super Cup in 1975. In the 1980s he managed the USSR national team, Dynamo again, and then both at the same time.

Heart of a Nation

In 1990 the Soviet Union disintegrated into national states and Ukraine became independent in 1991. Valeriy Lobanovskyi spent six years coaching in the Middle East but returned home for a third stint as manager of Dynamo Kyiv from 1997 to 2002. Again, Dynamo won numerous trophies and competed strongly in the European Champions League. From 2000, Lobanovskyi was manager of the national team at the same time as managing Dynamo. But his health was failing and he had a stroke in May 2002. He died a week later. 150.000 people attended his funeral.

The identity of Ukraine is complex; shaped by long periods as part of the Russian Empire and the USSR, with intermittent spells of independence. Ukraine has divisions: between Catholicism in the West and Orthodox Christianity (with Russian and Ukranian patriarchies) in the East, and between the Ukrainian and Russian languages.

Valeriy Lobanovskyi stood above these divisions. Most of his life was lived in the Soviet Union, where he was player and manager with the best club team in the USSR and also managed the national team. Later in his life he guided the fortunes of Dynamo Kyiv and the Ukraine national team. 150 000 Ukrainians attended his funeral.

Educators could look at the life story of Valeriy Lobanovskyi and work with young people to consider this question:

These Football Times wrote a very interesting article about the life of Valeriy Lobanovskyi. His life is also retold in The Guardian, exploring his work as a coach and his fame.

Valeriy Lobanovskyi stood above the divisions in Ukraine. His story is about identity and migration.