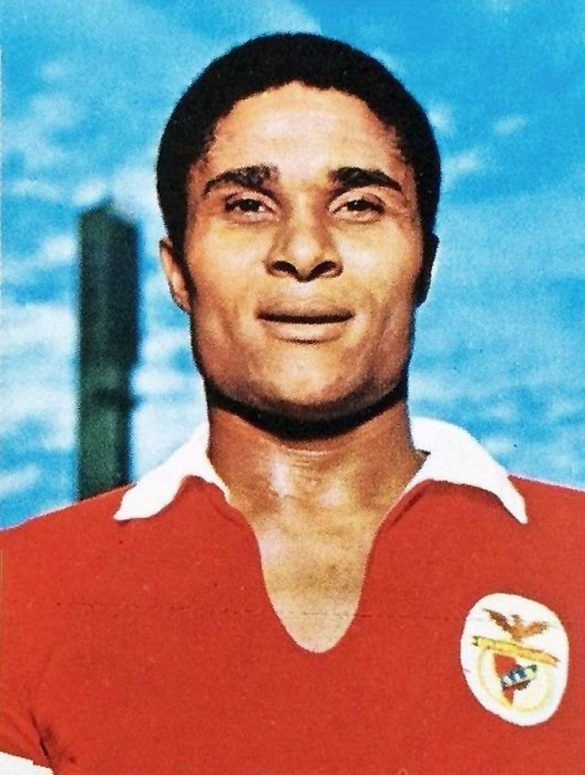 Born in 1942 in Lourenco Marques, Mozambique, Eusebio’s father was a white railway worker. He died when Eusebio was eight. His mother Elisa brought the boy up on her own. He played football for an amateur team “Os Brasileiros” (The Brazilians). When he was 15 Juventus of Turin wanted to sign him but his mother said no. He played for Lourenco Marques instead. In 1960, aged 18, he joined Benfica of Lisbon, after a tug of war with Sao Paulo, who wanted to take him to Brazil.

Fast, strong, with a fierce shot, Eusebio was a superstar with Benfica, and Portugal. Benfica won the European Cup in 1962. Eusebio was European Footballer of the Year in 1965, and first winner of the “Golden Boot”. He became world famous at the World Cup in England in 1966. Big clubs in Europe wanted him. They offered Benfica huge transfer fees to sign him. But the Portuguese government, under the dictator Salazar until 1976, persuaded him not to leave Portugal.

At the end of his career, aged 33, Eusebio went to North America, playing for teams in Boston, Toronto in Canada, and Monterrey in Mexico. He went home to Portugal in 1979 and stayed there until he died in 2014.

Educators could look at the life story of Eusebio and work with young people to consider these questions:

Find out more about Eusebio on UEFA. You can also watch an official FIFA tribute on YouTube and get a glimpse of just how good he was. These Football Times provides a more detailed life story. Lastly we also suggested reading “Eusebio: Career Highlights” by Bleacher Report.

Eusebio came from a poor background in Mozambique and became a superstar. 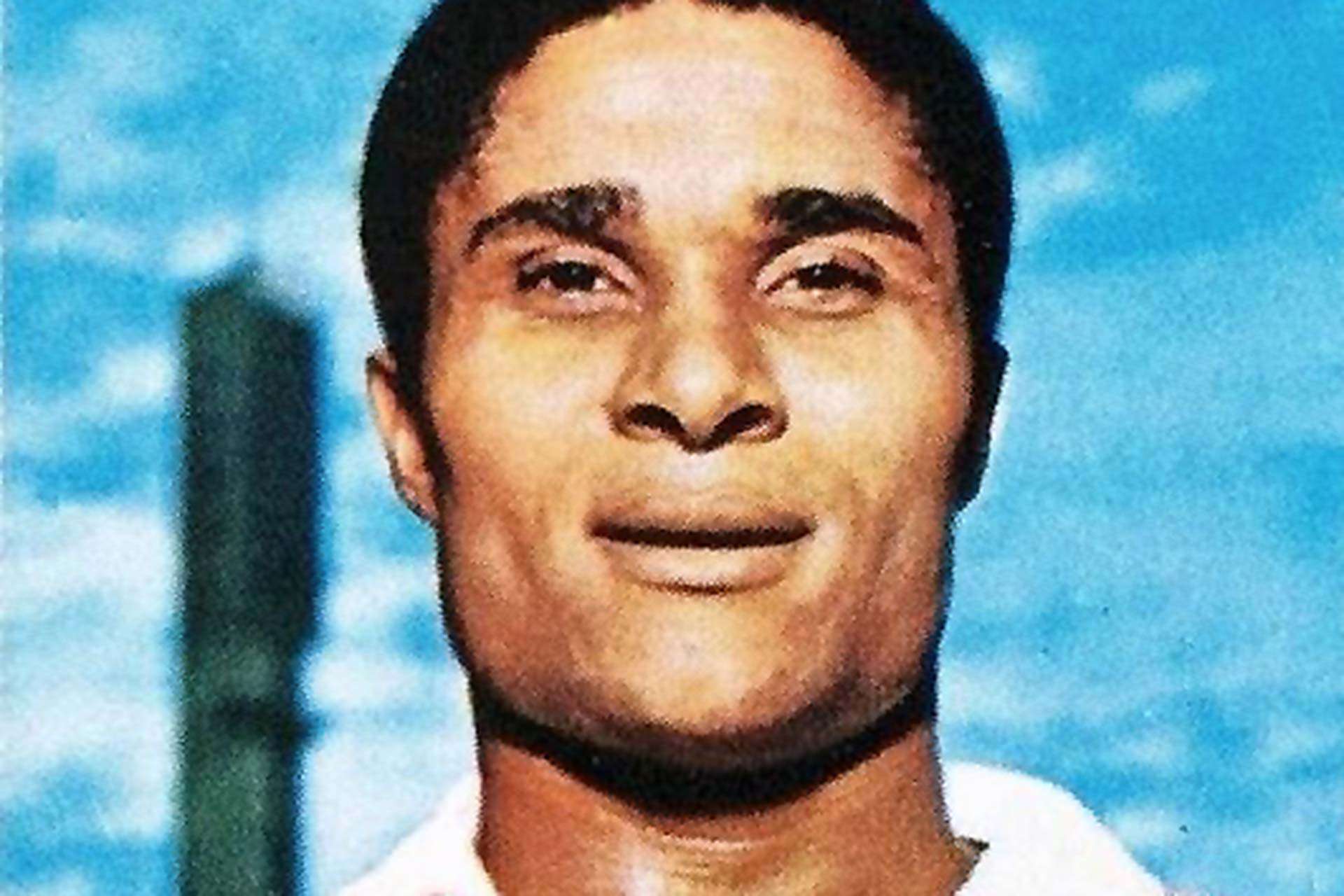