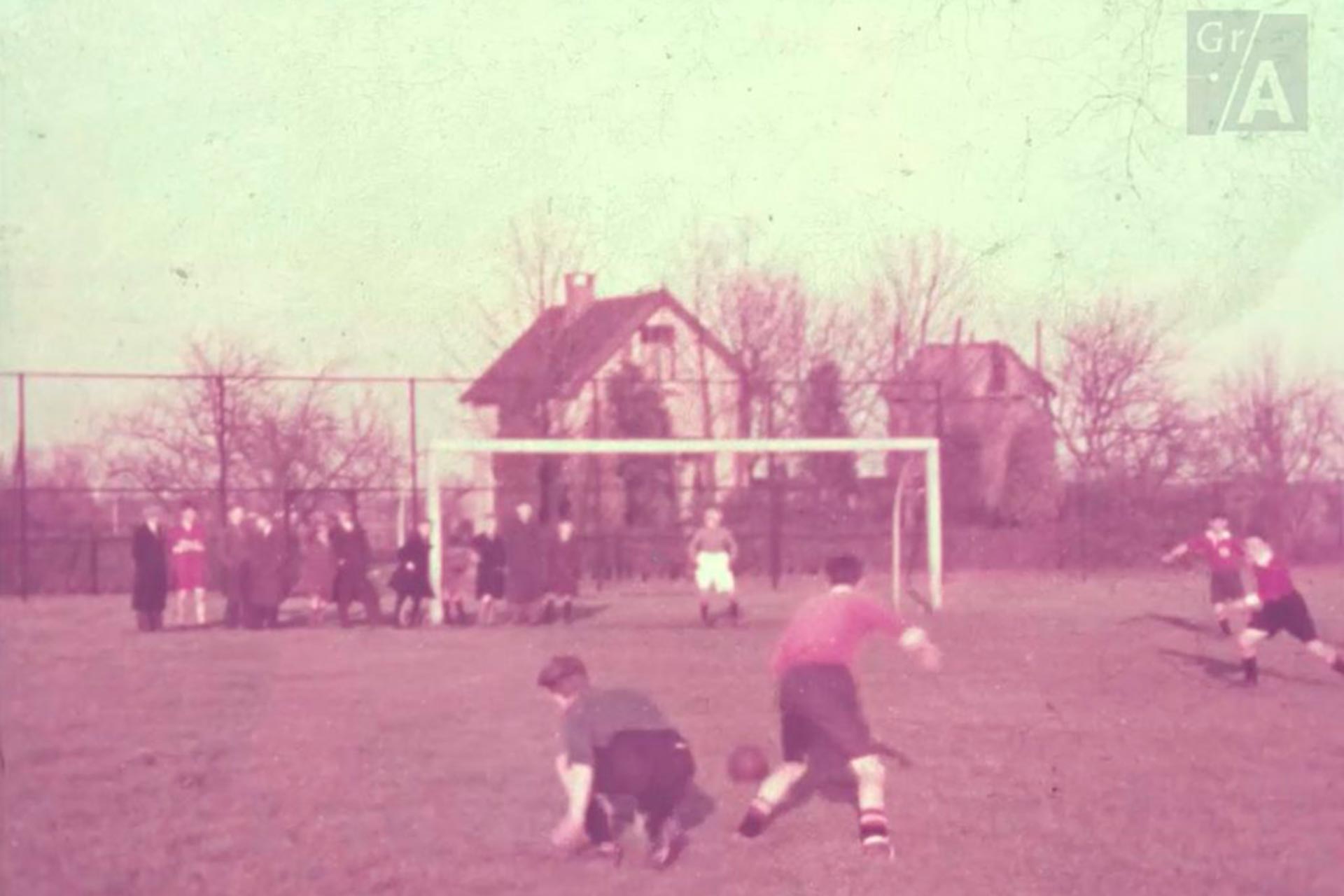 Priceless footage of Jewish football before and during WWII

Get to know this incredible footage: there are coloured films from 1936 of football matches at the Jewish psychiatric institution Het Apeldoornsche Bosch in the collection of the Groningen Archives. These are the oldest coloured film of Dutch footballers ever, during this tragic period of history.

The Jewish psychiatric institution Het Appeldornsche Bosch began to operate in 1909. It was primarily meant for the treatment of children with disabilities or developmental problems. Starting from the early 20s, they experimented with the inclusion of sport in their therapies, which for the time was cutting edge.

In 1936, a sporting competition was held in the fields around het Appeldoornsche Bos in order to raise funds for the institution. As part of the event, filmmaker Maurits Levie made a 90 minute video of the different events, an absolute innovation for the time, and an expensive one, given the high costs of producing colour video in the 1930s.

Levie filmed korfball matches and athletics, and as the crowning piece of his documentary, he included a 30 second report on a football match played that day. – the oldest colour video of football in the Netherlands.

These colour films are kept by the Groningen Archives, in the home province of the filmmaker. The images are not only of interest because of their early depiction of football. During the night of January 21st 1943, approximately 1300 patients and staff from Het Appeldoornsche Bos were transported to Auschwitz where they met their deaths. Levie’s films are the last record of most of these people. In all likelihood, none of the footballers depicted on the film survived the war.

Filmmaker Levie did survive the war, after going into hiding for a whole year – making him one of the few Jewish survivors of WWII in Groningen. He was expelled from the local chapter of the filmmakers association given his poor output during the war years, which is a clear testimony to the fact that the Jewish populations faced discrimination way beyond the end of the war.

A black and white video from a football match in 1944 has also been preserved. It was played at the transit camp in Westerbork, and is another last piece of documentary evidence of people who did not survive the horrors of the time.

Bizarrely enough, this video was part of a promotional campaign led by camp commander Albert Gemmeker. Jewish filmmaker Rudolf Breslauer was forced to produce it, in order to depict how ‘daily life’ was in the camp. The product is a farcical propaganda video which never made it to become a final product. This video became famous because of a fragment in which a Roma girl, Settela Steinbach, gazes at the camera through the doors of the train to Auschwitz. Breslauer was killed at Auschwitz together with his whole family.

This video features a fragment of a football match, witnessed by a crowd of supporters, of which many were children. This is a recording of one of the last matches in an internal competition that was organised by the Jewish footballers Fred Schwarz and Ignaz Feldmann in 1943 and 1944, with the approval of the camp commander. The famous duo played in the competition, but do not feature in the video.

On request of newspaper Trouw, this video was coloured digitally by Jurrien Koop. The colouring seems not to perfectly correspond to reality though. Bas Korholt, researcher at the Memorial Centre of the Westerbork Camp warns about the inaccuracy: “the barracks in the movie were brown, not green. At the Memorial Centre we are cautious about these things. I personally think that these coloured images show the circumstances at the camp well, but they remain a reconstruction.”

Thanks to the pioneering work done by filmmaker Levie, we can compare the circumstances in 1944 with the images from 1936. These are the last remaining sources of Jewish football in the Netherlands before and during the great tragedy of WWII.