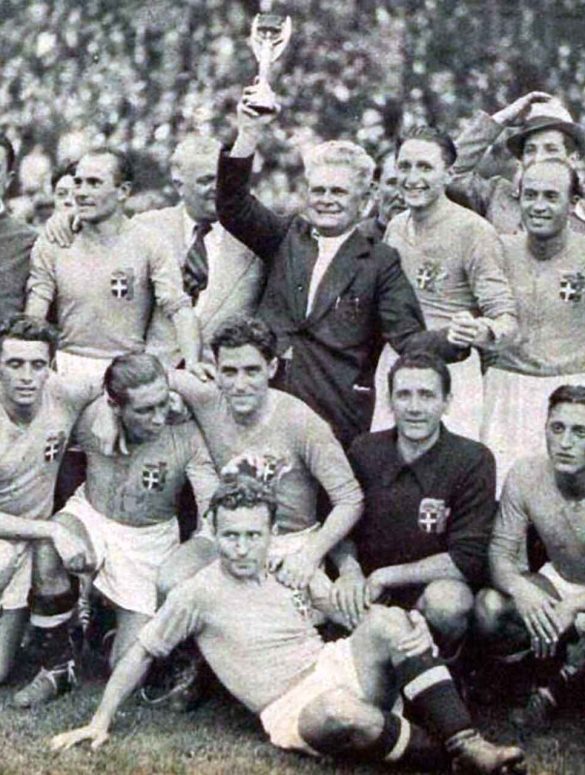 Vittorio Pozzo was born in Turin in 1886. As a student, he played football in Switzerland, France and England. He started as a professional with Grasshoppers Zurich. On returning home he helped to found FC Torino, and played there until 1911. He was briefly coach of Italy, but resigned after Austria hammered Italy 5-1. He came back as national coach in 1929. Pozzo had a life outside football, too. In Milan, for the Pirelli tyre company, and in Turin, as a journalist for La Stampa.

From 1929, Vittorio Pozzo masterminded the rise of Italy to dominance of European football. In 1930 Italy beat the Austrian “Wunderteam” to win the Central European Cup. In 1934, Italy hosted and won the World Cup. In 1936 Italy won gold at the Berlin Olympics. In 1938 Italy won the World Cup again, in France. Dubbed “Il Vecchio” (The Old Master) he was recognised as one of the great coaches.

Vittorio Pozzo’s triumphs were all achieved under Mussolini, who poured resources into Italian football to promote Fascist ideals of nationalism, youth and militarism. Pozzo worked closely with Fascist officials. At the 1938 World Cup, Italy wore black shirts and made “Roman” (Fascist) salutes. Pozzo continued as coach until the 1948 London Olympics. He died in 1968.

Vittorio Pozzo was a legendary coach of the interwar years, along with men like Hugo Meisl, and Herbert Chapman. Under Pozzo, Italy dominated international football. Almost his whole career played out under the dictatorship of Benito Mussolini. As Italy’s coach, Pozzo collaborated closely with Fascist political leaders such as Achille Starace.

Educators could look at the life story of Vittorio Pozzo and work with young people to consider these questions:

FIFA published a tribute to Vittorio Pozzo as coach of Italy. A National Football competition is held in Italy on the first of May every year in celebration of his success as coach of the national team, organised by the Memorial Vittorio Pozzo. You can also read reflection upon this “difficult memory” on 90min.

Vittorio Pozzo coached Italy in the interwar years, seeing the rise of Fascism. 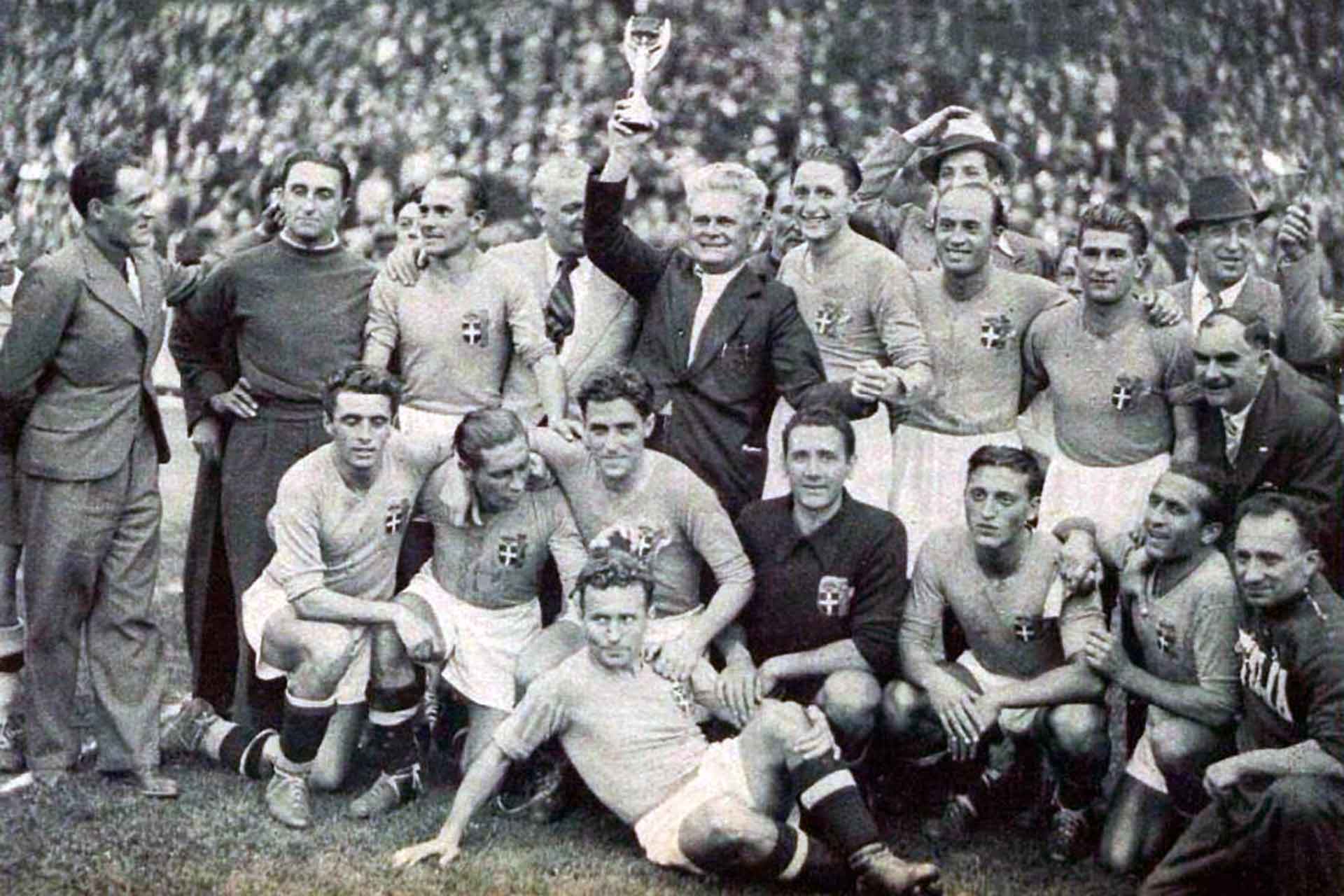 Previous
When the ball can be heard