Painting the picture of women’s football in 1922

Home
Stories
Painting the picture of women’s football in 1922

Artist Ángel Zárraga caused a storm in the conservative climate of Dutch Football.

This article is kindly translate with permission from the Dutch sports history portal Sportgeschiedenis.

In 1928, the Amsterdam Olympics included an art Olympiad featuring the champions in the arts – is now a forgotten part of this event. Artistic expressions of sports were shown in the Stedelijk Museum, after which a jury awarded the best works with an Olympic medal – equivalent to that of the athletes.

Italian journalist, Lamberto Rinaldi, looked back on this historic work in 2020. ‘’What is striking in Zarraga’s painting,’’ he wrote on the Art Tribune website, ‘’are the legs of the three women, strong, powerful, full of muscle. A detail that caused a scandal that was not true in the feminine view of the 1920s.’’ In response to this criticism, the painter made some minor changes by adding an earring to one of the players and a watch to another. On which Rinaldi commented: ‘’The result is a new image of women, different, modern, out of the box.’’ Zarraga showed that football is for everyone, regardless of gender.

Reception in the Netherlands

In 1928, this modern portrayal of female athletes caused a frenzy in the highly conservative Dutch sports world. Leo Lauer as editor in chief of the magazine Sport in Beeld, was particularly furious because he felt that the way the depicted athletes were not faithful. By this, he mainly meant that it was not realistic for women to be on a football field and certainly not as self-aware as Zaragarra had portrayed them. The reporter of Nieuwsbald van het Noorden also did not see it. ‘’All he teaches us is that in Mexico the women also play football, which makes them no more unpleasant to me.’’ So this journalist didn’t even know that French football players had been a model for this.

From Frenzy to Tribute

A hundred years later, Zaragarra’s work is highly regarded in his own country, as one of the most important creative minds of his time. Some of his paintings are sold for millions of dollars. In any case, he was the first artist in the world to use football in his works. Las Futbolistas has now been included in the public domain and that is why everyone can now hang it on their wall for free, as a tribute to the artist who brought Dutch sport to a frenzy. Explore more great articles on the Dutch portal Sportgeschiedenis.

Artist Ángel Zárraga caused a storm in the conservative climate of Dutch Football. 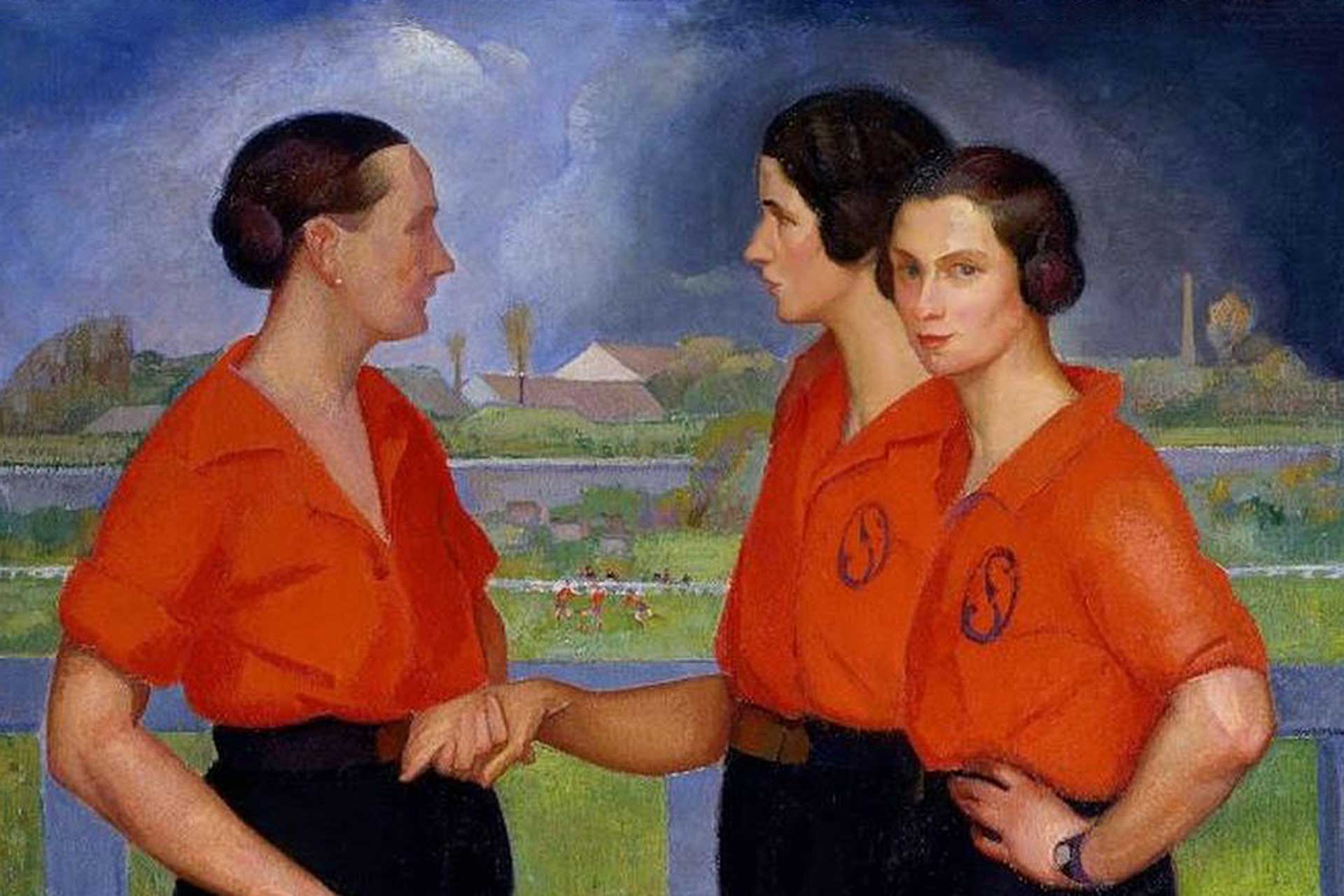 Previous
May in Football

Next
Football vs. antisemitism