Historical football players in focus for teaching about inclusion

A review of educational material which covers exclusion, persecution and annihilation through real-life examples from the past. 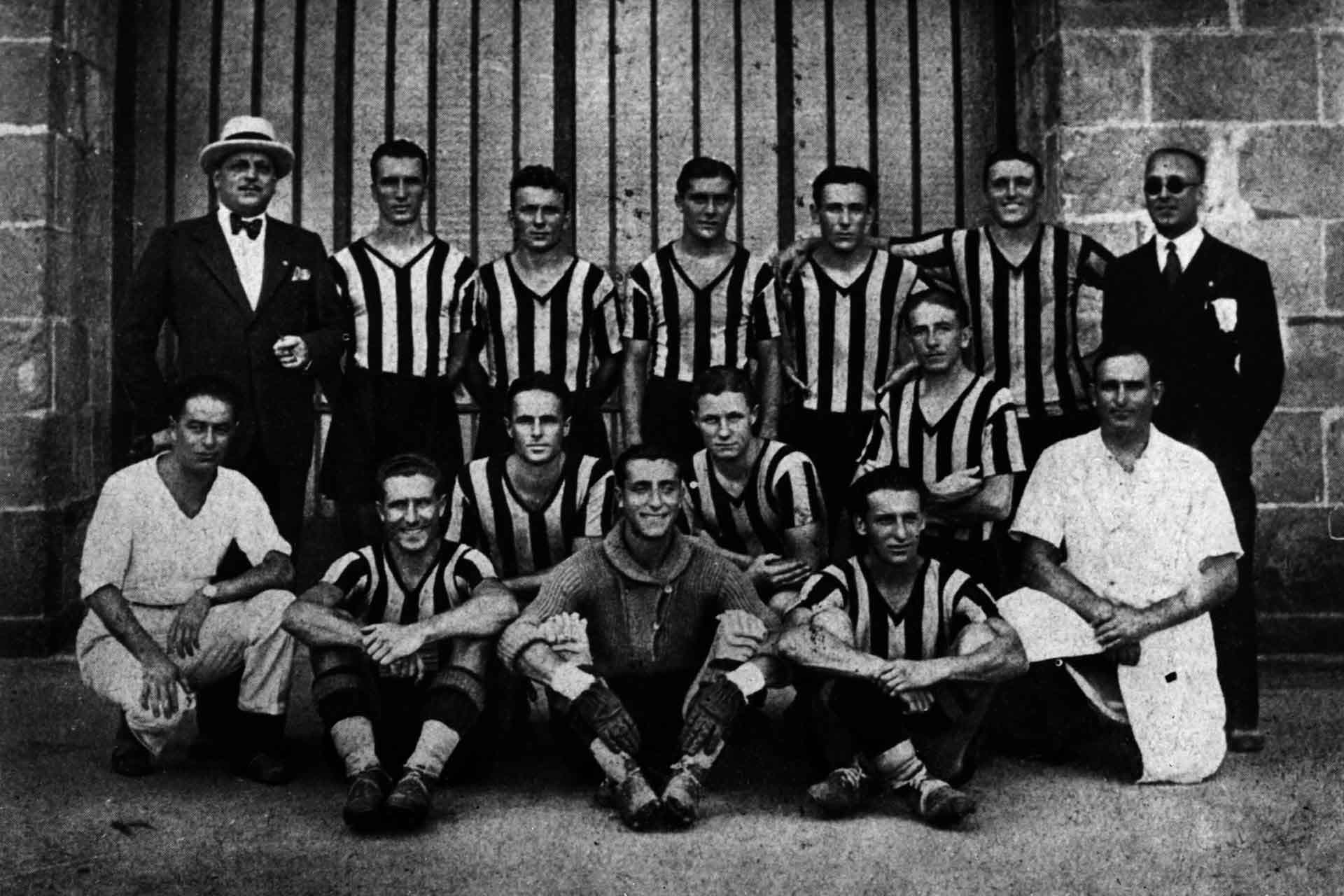 Football clubs as a social space

Since the beginning of the millennium the academic study of the history of football, especially of clubs and associations, has grown. Such studies were often inspired by the fans of the clubs, who wanted to break away from an old-fashioned fixation on the results of matches and league standings. In order to emphasise the importance of their club as a social space that exists independently of league membership and that needs to be valued and protected.

Often, this commitment was also accompanied by demands for action against discrimination, exclusion, and for a positive attitude to larger social issues in the context of their clubs. “Footballers in Focus” is part of this tradition. The first part of the volume briefly describes remembrance projects in football, focusing on Germany in particular, along with a few examples from other European countries. The same applies to “Football and National Socialism” which briefly refers to important new developments in historical research, although it is questionable whether the DFB (German Football Association) as an association initiated this. It may be that the drive towards coming to terms with NS football history was really from the grass roots, from fans and fan organisations.

The majority of the volume consists of information and source material for workshops and teaching units. The focus lies on individual stories that go beyond abstract figures to address topics such as exclusion, persecution and annihilation through real-life examples. This approach creates a direct proximity to people who were persecuted, and to the methods of persecution. However, the associated historical approach provides valuable knowledge of the context, and also of how historical methods should be applied.

These concepts of teaching and learning are based on the biographical approach, looking at twelve chosen football players from different European countries. Two workshops are based on these biographies: for example, four of the biographies are connected to Auschwitz, and four others to Westerbork in the Netherlands. Another workshop focuses on how to set up a historical timeline linking politics and football.

How to use the activity in the classroom

The sources are printed in the original version, so that students can have the experience of working with primary sources. Each source is translated into English. Some sources are taken from the Arolsen Archives and can be found online with the guide to the institution. To make the most of the biographical approach, pictures are provided for most of the chosen players. For the workshop on ‘’Intertwined Stories of Persecution’’ there is even a Master Template of Biographies available. This helps the students to focus on key aspects of the life stories, such as career, persecution and remembrance. In addition it helps with teaching and learning while also ensuring that each biography has a name and a face bringing a real person to life.

The suggested time allowed for the workshops seems to be realistic. Tasks and additional activities are set out in such a way as to help groups of learners at different levels of age and ability. Useful extra materials, for example an overview map which shows the borders of territories under German control in June 1943 can be downloaded by QR-code and can be used as additional helpful visualisation while setting up the timeline.

The brochure “Football Player in Focus” is available online as a PDF in English and German. Within the brochure there are further short teaching instructions and proposals as well as a list with further readings. This makes this brochure an extremely helpful educational resource. Furthermore, on our website we also covered some of the players that feature in this brochure, namely Eddy Hamel, Julius Hirsh and Arpad Weisz.

—————————       Historical football players in focus for teaching about inclusion      —————————
A review of educational material which covers exclusion, persecution and annihilation through real-life examples from the past

Eddy Hamel was the first Jewish player, and the first American, to play for Ajax Amsterdam, but his life ended in tragedy at Auschwitz. His story is one the Holocaust and migration.

Get to know these colour videos of Jewish footballers in 1936 and 1944. Incredible primary sources of football in tragic times.

On this day, 31 July, in 1919, Primo Levi was born in Turin, Italy. In his works about his experiences in the Shoah and afterwards, Levi recalls football on two occasions.