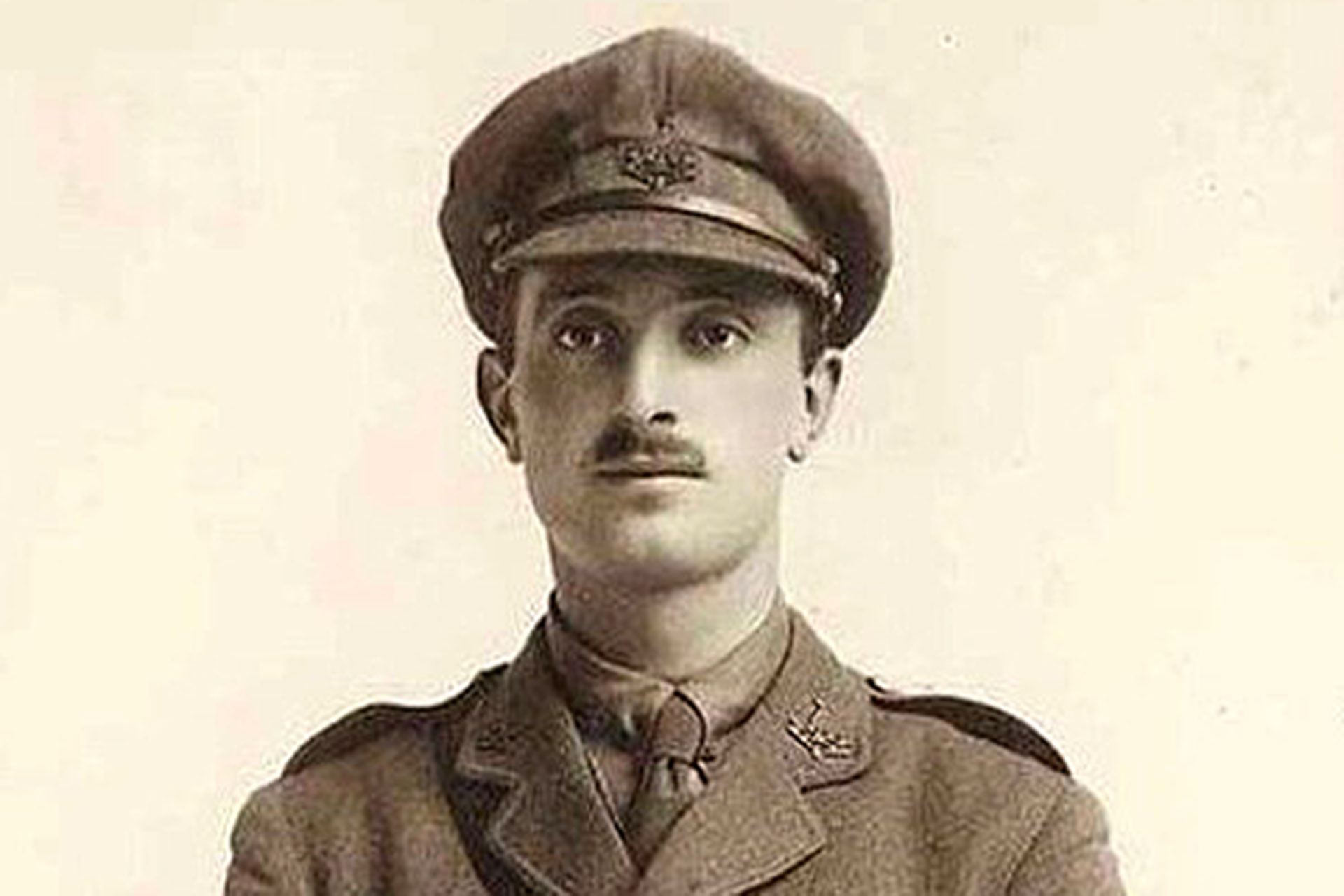 Donald Bell in his uniform as a second lieutenant in the British Army.
Stories
·February 4, 2021·4 min read

World War 1 in one life

One working-class life of football and war

There are many connections between World War 1 and football. In the UK, in particular, much information has been collected, published and made available through museums and education, such as on the websites of Football and the First World War and the Imperial War Museums. On Football Makes History we are interested to look at such content from a point of view of teaching. EuroClio Ambassador, historian, history teacher and teacher trainer at the University of York, Helen Snelson brought us the story of Donald Bell.

Donny Bell was from a small spa town in the northern part of England. He was the 4th of seven children and his Dad was a factory worker and then a butcher. In 1902 an Act of Parliament allowed Local Authorities to set up secondary schools. Donny became one of Harrogate Municipal School’s first pupils when it opened in 1903 and was therefore able to fulfil his ambition to go to college to become a teacher. He was also a brilliant sportsman and won awards for rugby, hockey, swimming, cricket and football. After playing as an amateur for Crystal Palace, Mirfield, Bishop Auckland and Newcastle Football Clubs, he became a professional footballer with Bradford Park Avenue and played midfield between 1912-14. At this time, it was not possible to earn enough as a footballer, so he continued to be a teacher as well. Donny was also a devout Methodist and so he taught in school during the week and at the chapel on Sundays.

Lining up for war

Donny volunteered to fight in November 1914 and was the first English professional footballer to join up. He wanted to be in the cavalry, but the recruitment officers realised that they could use his speed and strength in the infantry. He proved a talented soldier and became an officer by 1915. He first went to France in 1915 and got married to Rhoda Bonson when he returned to Harrogate on leave in June 1916. It was a short marriage.

On the 5th day of the battle of the Somme, in July 1916, Second Lieutenant Bell was leading an advance of men that came under heavy machine gun fire. Taking the initiative and using his speed, he charged across open ground and knocked out the machine gun team by throwing grenades and shooting the fire with his revolver. He thus saved many lives on the side he was fighting for, enabled the attack to be a success and, as a result, he was awarded the Victoria Cross – the highest British military medal for conspicuous bravery. Donny himself wrote home to his family and said: “I must confess that it was the biggest fluke alive and I did nothing. I only chucked one bomb, but it did the trick.”

Donny never knew about his VC. On 10th July he was shot dead by a sniper trying to do a similar act. The picture on the left shows Donald Bell, VC, who never got to wear his medal. It is a collectable cigarette card that would have been in a box of cigarettes and part of a popular series. Donny’s medal was collected from King George V at Buckingham Palace by his wife. The Daily Mail newspaper sent her £100. She never remarried.

Donny is now buried in Gordon Dump CWG Cemetery at Ovillers-la-Boisselle, near Albert in France. He was the only English professional footballer to have been awarded the VC between 1914-18. The place where he was killed is still called “Bell’s Redoubt” and there is a memorial to Bell on the site. His VC medal was bought by the Professional Footballers’ Association and is on display at the National Football Museum in Manchester.

Researching Football’s “Us and Them”

Educators could look at the story of Donny Bell and consider with their students:

A story of a professional footballer who died at the battle of the Somme in 1916.

Previous
A system of push and pull

Next
Football as a portal to French colonial history