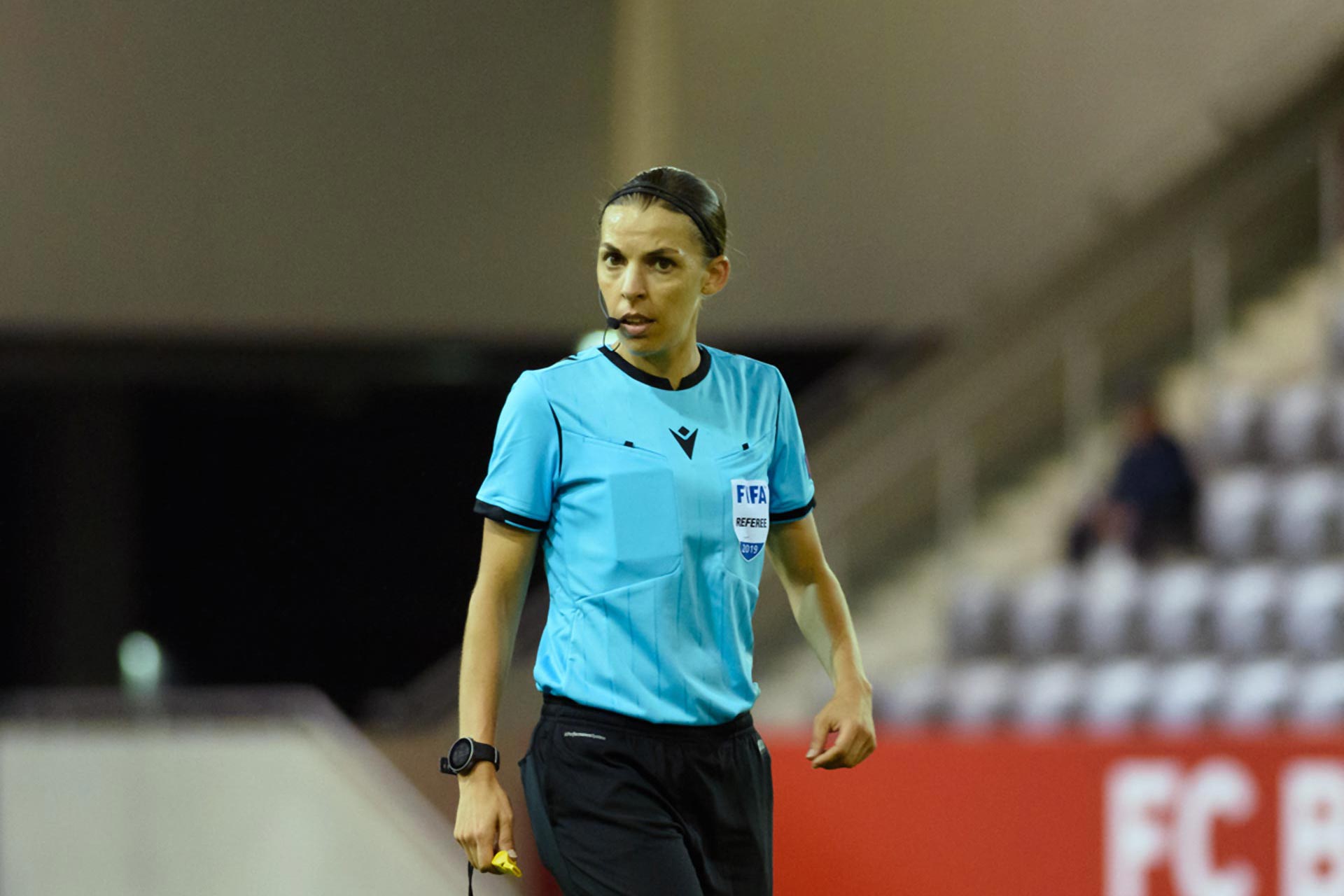 The rise of female referees in professional men’s football

Finally in focus since 2019: Female referees in men's football

Stéphanie Frappart has been the name on everybody’s lips since 2019.

In the spring, she was employed for the first time in the French Ligue 1, and in August of the same year she already refereed the UEFA Super Cup with an all-female crew of referees. Further assignments followed in 2020 in the Europa League, the Nations League and finally as the first female referee in the Champions League. Plus her assignment on 27 March 2021 as the first referee in a World Cup qualifying, and what can we expect for the summer at the European Men’s Championship?

But she is far from being the only.

The first female referee in a European first division in men’s football was Nicole Petignat of Switzerland (1999) and the first female assistant referee was Gertrude Gebhard of Germany (1995).

In these leagues, female referees refereed in the men’s 1st division:

There were also a host of occasion where women acted as assistant referees:

Toward the international stage

Some female match officials were also appointed in international matches.

Puskás: a political refugee in Europe

A steady increase since 2019

Nicole Petignat, Stéphanie Frappart and Nelly Viennot are the women who have set several milestones in European football. Of them, only Frappart is currently still active as a referee at the top level. And at 37, she is still a few years away from the age limit for referees. Enough time to set many more milestones.

Along with her, other female match officials have put their foot in the door of men’s football since 2019, as can easily be seen in the overview above.

What are the reasons for this? Greater public interest in promoting women in football – this also brings better publicity for the associations. Also better promotion of female referees, although there is still much, much room for improvement here, as a recent study on sexism against female referees shows.

It is a step towards equality, but there is still a long way to go before female referees no longer make history in men’s football. Because that means that it is normal.

Find out more about this topic by reading a piece written by Petra Tabarelli: Female referees in football – All in top men’s football. You can also check out FIFA’s vision to elevate women referees. Dive into the evidence gathered in the “Study of the Referee and Match Official Research Network”, by Dr Tom Webb of the University of Portsmouth.