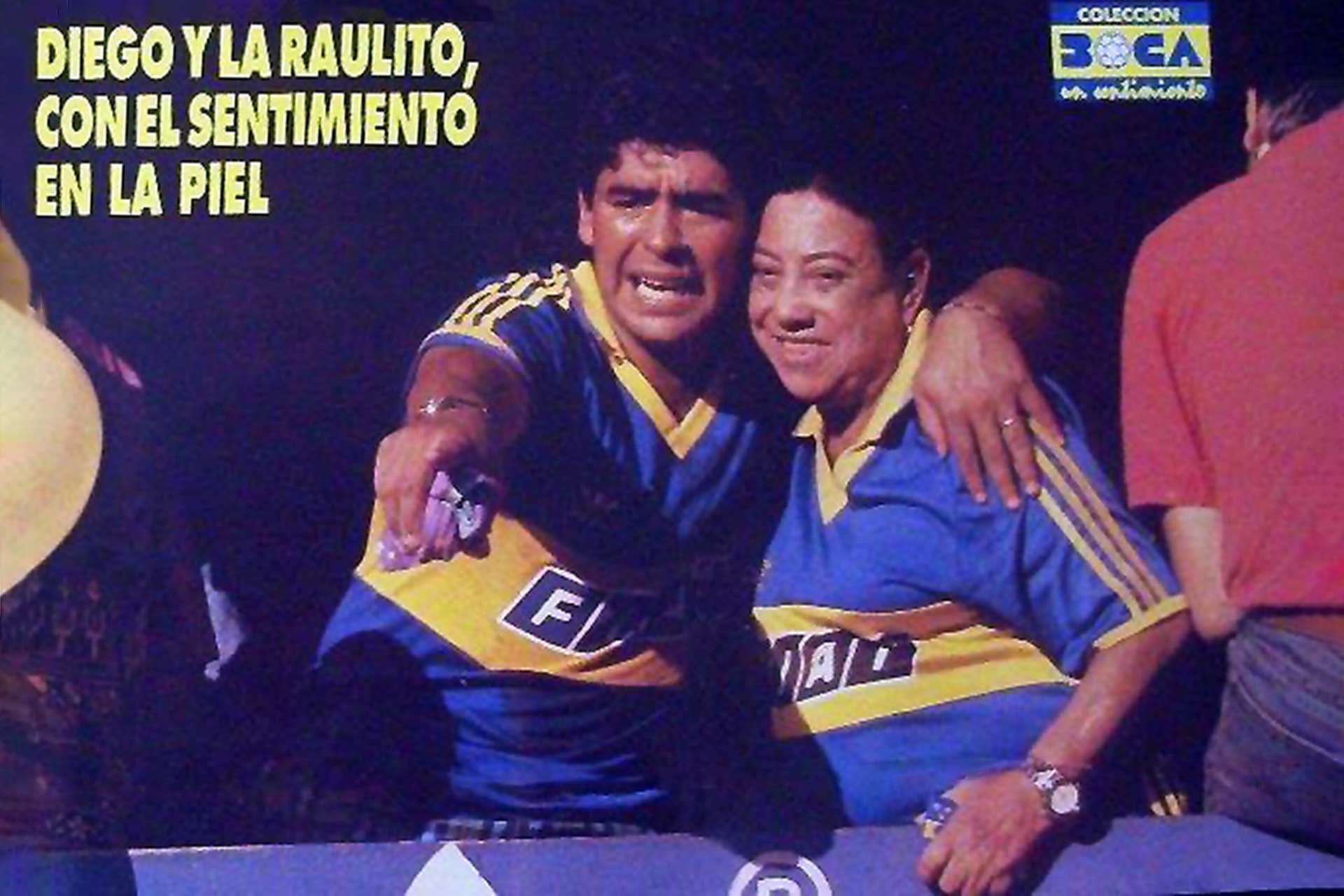 Football as a guiding light: La Raulito's passion for Boca

She became the greatest icon to grace the stands at La Bombonera, the mythical Boca Juniors stadium. This is the story of María Esther Duffau, who despite living her whole life at the edge of society, found in football her purpose and greatest love, and in doing so, broke through social conventions and became one of Boca’s brightest stars.

I’ve always been on the run

María Esther’s childhood was nothing short of tragic. She was very young when she was left to her own devices: at age six, her alcoholic and abusive father left her, and her mother tragically died from tuberculosis. A rougher start to life is hard to conceive: María Esther bounced from orphanage to orphanage, always remaining a problem child who would much rather sneak out for the day to go on her own adventures rather than follow classes or play with the other kids. As she grew up, María Esther changed orphanages for youth detention centres and psychiatric wards. She was tough, and not to be tamed. María Esther preferred sleeping rough to any of the constraints these various institutions imposed on her. After the umpteenth time sneaking out of an institution, a psychologist famously asked her why she kept running away. ‘I’ve always been on the run,’ she replied. ‘Ever since I was born’.

Life on the streets was obviously difficult. It is impossible to determine if it was out of a self-preservation instinct or otherwise, but at a young age, María Esther decided to shave off her hair and started calling herself Raulito. The streets were kinder to boys, she later remarked in interviews, and she had never felt much like a girl anyway. It was around this time that she tried out for the Boca Juniors youth team. It is said that she did well, but word quickly got around that she was, in fact, a girl. She was not allowed to continue in the selection process. “I would’ve liked to be a macho and to play for Boca, like Diego Maradona,” she declared to the press years later.

La Raulito on the silver screen

After escaping the law for years for various minor misdemeanours, María Esther became a paper girl at a Buenos Aires train station. Having gained minor celebrity status, she was approached by film producers, intent on taking her story to the big screen. The result was the 1975 film entitled La Raulito, with Marilina Ross playing the lead character, which became a major hit in Argentina, Spain, and to a lesser degree, other Latin American countries. Suddenly, la Raulito, in her 40s, was propelled to national fame. The open charges on her were dropped. She became a true VIP for Boca Juniors, having unlimited access to the grounds, practices, dressing rooms and regularly appeared on national media outlets. “I see the players as my kids. They’re all equal and I love them all.”

In a now famous league game in 1980, la Raulito could finally take revenge from the injustice of not being able to play for her team. Boca Juniors was playing Estudiantes de la Plata, and winning comfortably by 2-0. After an unsuccessful deep pass by a Boca midfielder, la Raulito saw her chance, and jumped into the pitch. Making a spectacular run, she reached the Estudiantes box and scored an unbelievable goal. The fans went into a frenzy, chanting her name. Regrettably, la Raulito did not get to fully savour the moment, as a few policemen started chasing after her. Continuing her run, she hid from the law at the changing rooms, only to once again be taken into police custody. This could obviously never take away the glory of scoring a goal for Boca, the love of her life.

By the 2000s, la Raulito was permanently living at the Rawson psychiatric hospital. Though technically against the rules, she was cheekily allowed by the personnel to sneak out and head to the stadium on Sundays to watch every Boca Juniors football game. Because of a fall, where she broke her hip and had to be operated on, la Raulito required a blood transfusion during the early noughties. At her request, blood donors were asked to be Boca Juniors fans. Her request was dutifully honoured. In 2006, Rodrigo Palacio and Guillermo Barros Schelotto, Boca’s golden boys of the day, presented la Raulito with a wheelchair clad with the team’s colours, and a parcel at the Boca Juniors cemetery.  She was to continue having preferential treatment at the grounds, be able to attend all training, games, and internal events. Surely enough, on April 30th 2008, la Raulito bade farewell from her room at the Rawson Hospital psychiatric ward, accompanied by her long-time companion, la Mamita. On that day, Boca lost one of their brightest stars.

The rise and fall of a club as community drama

Much like her River Plate counterpart la Gorda Matosas, la Raulito led her life simply following her heart and without following any particular agendas. Her choices, though, perhaps unwillingly, paved the way for more and more women to actively partake in football and brought several cutting-edge issues to the spotlight. Her fame exposed Argentinian – if not Latin American football – to topics of women’s rights, poverty and equality, mental health issues, and the then-novel topic of non-gender conformity. One can only wonder how la Raulito would have experienced and would have been received in today’s society, with openly lesbian and transgender football players gracing the pitch, and a Boca Juniors women’s team. What can football learn from the outspoken and passionate Raulito? How can we make sure that no one is ever turned down from participating in football because of their gender?.

Love’s the only engine of survival: the story of La Raulito’s passion for Boca Juniors.

Previous
My boyfriend, my husband, and my lover

Next
The rise of female referees in professional men’s football