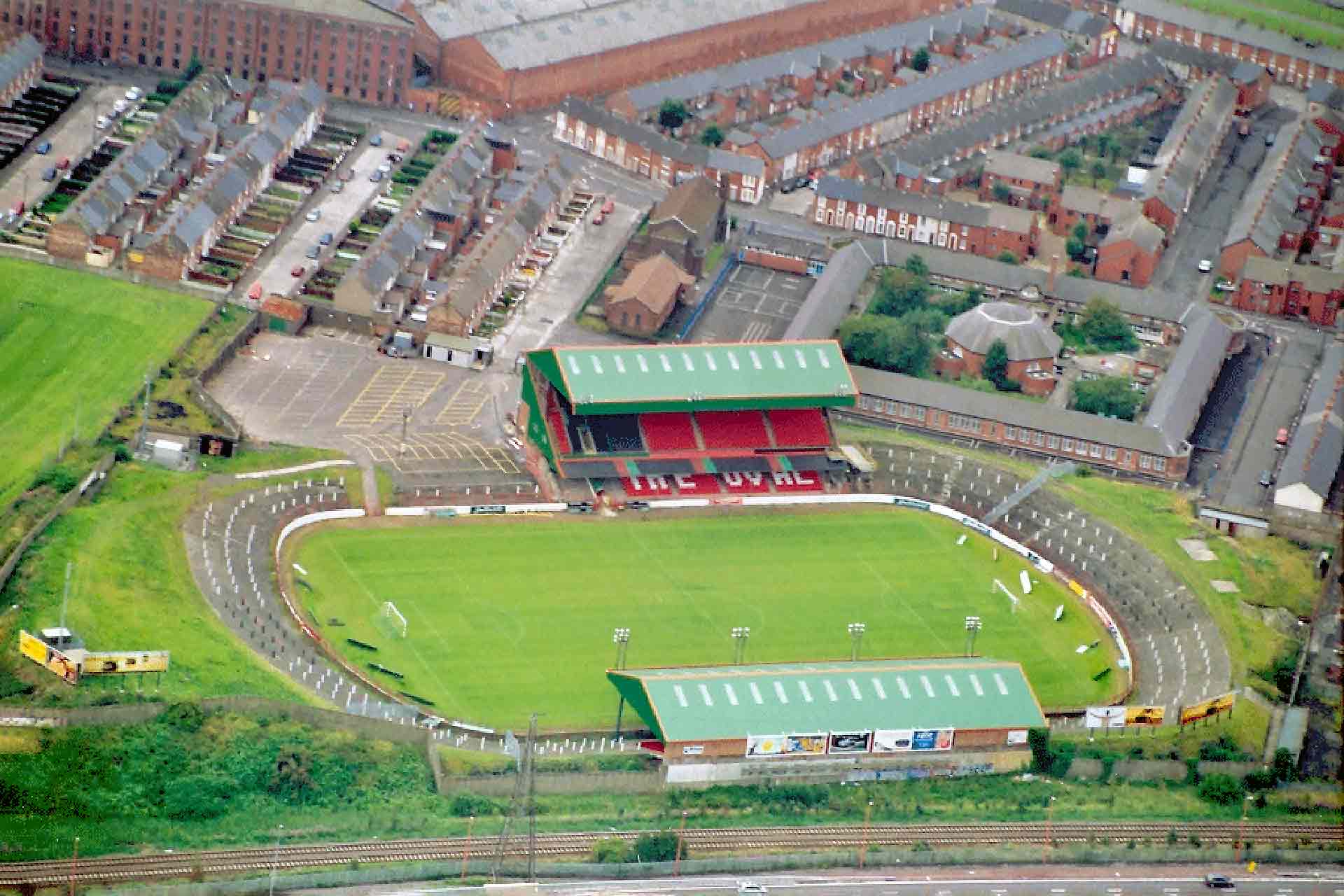 The Blitz and the Oval

Glentoran F.C. was destroyed during the Belfast Blitz

Home
Stories
On This Day
The Blitz and the Oval

Due to the industrial output of Belfast during World War WWII, it was inevitable that it would be attacked by German bombers during what became known as the Blitz. The historian Brian Barton notes that due to the major attacks on English cities and western ports in the spring of 1941 with Merseyside being hit three times between 1 and 4 May, “In this alarming context, efforts were made in Northern Ireland to heighten Belfast’s preparedness for the Luftwaffe’s anticipated return.”

Sadly, it was too late and Barton further notes, “little that was tangible could be achieved during these vital weeks, due mainly to the acute shortage of supplies in Britain and the lack of time available.”  Sadly, animals considered to be dangerous were put down at Bellevue Zoo and an attempt was made to camouflage Stormont, but Belfast was not prepared for the coming raid which would devastate the city.

At about 9:45pm the first Luftwaffe squadrons (German air force) had taken off from their bases in France, most of them bound for Belfast. As they approached Belfast one German pilot noted, “visibility was perfect. In the clear moonlight, I could make out my targets perfectly.” From Luftwaffe records that Barton cited in his work he found, “it is evident that the main concentration point throughout the raid lay in the north-east where the strategically vital targets were concentrated – the shipyards, the aircraft factory, and the harbor.”

“During its opening phase, the elite pathfinder squadron, Kampfgruppe 100, focused its destructive energies exclusively on this area. Its crews delivered no fewer than six thousand incendiary bombs as well as a substantial tonnage of high explosives,” that left a vital aiming mark for the later waves of approaching aircraft crews.

In the Firing line

Glentoran’s Football Ground, the Oval, situated close to Harland and Wolff Shipyards was destroyed during this devastating raid, “the pitch, terracing, stands, offices, playing kit and club records.” The Connswater River burst its banks and flooded the playing surface. To help Glentoran continue, other clubs offered their help with Crusaders and Distillery lending their kits to Glentoran during the season as well as the use of their ground as plans for rebuilding the Oval would understandably not take shape until after World War Two.  A “Back to the Oval” committee was created, fundraising games were held against Preston, St. Mirren, and Everton, while the transfer of local legends Danny Blanchflower to Barnsley and Bertie Peacock to Celtic aided the efforts to rebuild the Oval. Glentoran returned to the Oval for the 1949/1950 season, to a completely new ground, refurbished by the funds gathered largely from supporters and the Back to the Oval committee. It took nearly a decade to return to the Oval after the Blitz.

Saga of a small nation in a bigger Europe

Understandably, the World War Two experience of Glentoran Football Club is a key part of the club’s story and the area that the Oval is positioned in. The Club has held commemorations to recount the devastating raid on Belfast. The Club notes, “The Blitz, its effect on the club and the community of East Belfast, has always played a significant part in the history of Glentoran FC. The story of the destruction and subsequent long road back to peace and normality in the years after the war has been handed down from generation to generation.” On Wednesday 4th May 2016, the club had a commemorative evening and invited supporters to reflect and remember, 75 years to the night that they watched the bombs fall around them.

Interestingly, Glentoran has a physical aspect of the war preserved beside the ground, a Type 24 pillbox that sits on top of Sydenham Hill. On the night of the raid, soldiers from the Gloucester Regiment manned the pillbox. They watched as high explosive bombs and parachute mines fell on Harland and Wolff and Shorts and as another parachute mine fell on the Oval pitch. This pillbox was there because it had an uninterrupted view of the airfield, the aircraft factory, the shipyard, and the whole city skyscape. Miraculously, this pillbox survived the raid that evening and is now a key visitor attraction for those who visit the club.  The Glentoran Community Trust has worked with the Department of Communities and the Royal Engineers to restore the pillbox, as a visible reminder of the club’s history. A trip to the Oval is definitely on the list of many football enthusiasts from around the world.

Brian Barton’s book The Blitz Belfast in the War Years provided much information. More detail on the Blitz including the Fire Raid on History Ireland and the Northern Ireland War Memorial. The story is also detailed by Glentoran FC, including its memory activity and history work.

Next
Class war on the football pitch