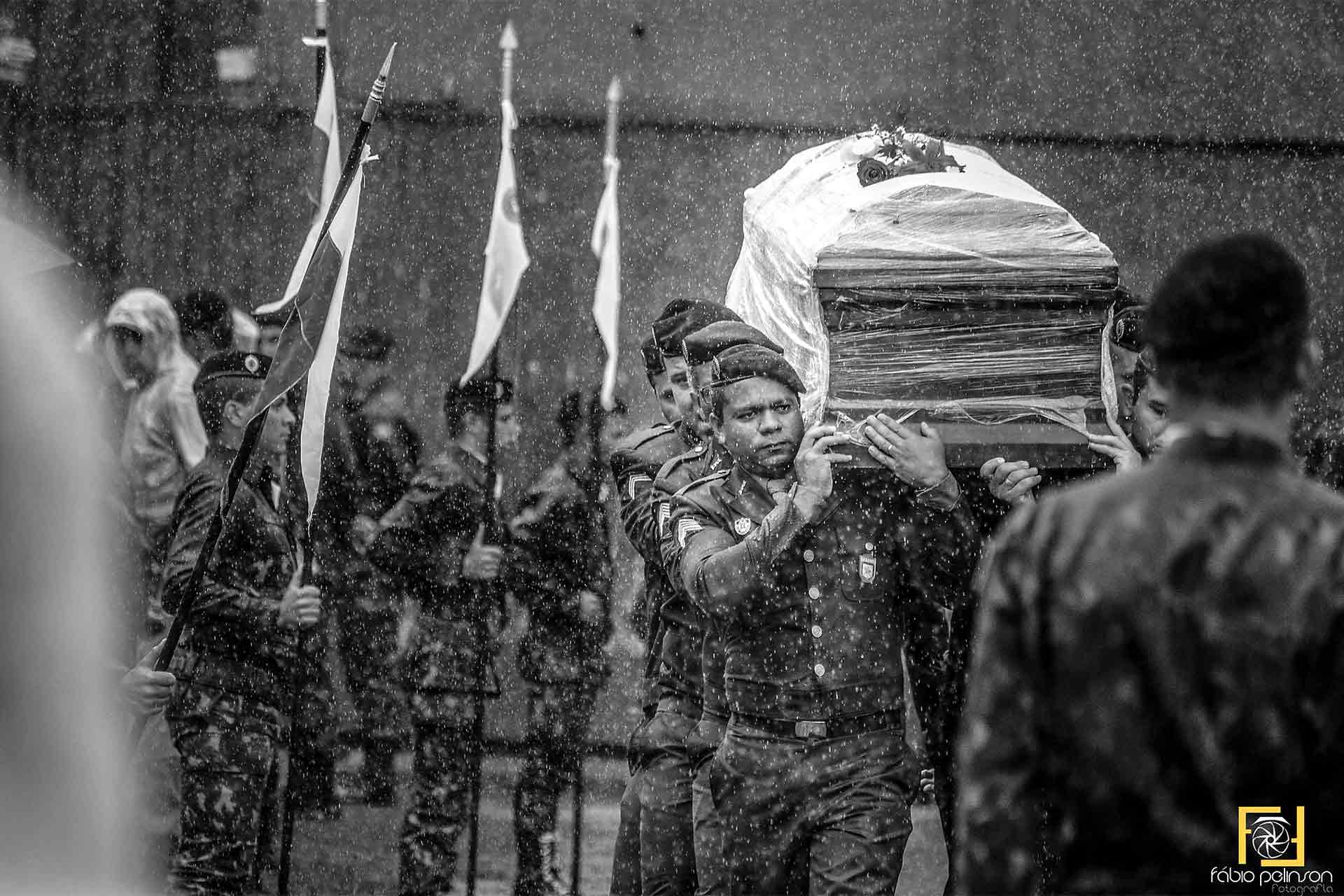 Victims of the crash at the airport in Santa Catherina (Source: Flickr).
On This Day
·November 28, 2020·5 min read

Football connects people throughout the world in times of tragedy

Home
Stories
On This Day
United in sorrow

On this day in 2016 a plane carrying the Brazilian club team Chapecoense crashed near Medellin, Colombia. The team was on its way to play the first leg of the 2016 Copa Sudamericana finals against Atletico Nacional in Medellín.

A fairy tale with a tragic ending

Associação Chapecoense de Futebol was founded as late as 1973. For many years the club remained in obscurity in the Brazilian third tier, and in 2009 they even slipped down to the fourth division. But within a couple of years the club rapidly gained several promotions and in 2014 the club reached the Brazilian top division. Coming from the modest town of Chapecó, in the southern state of Santa Catarina  and without spending a lot of money on transfers, the club’s rise through to the divisions was viewed as a fairytale story. The fairytale even brought the club out on South America’s continental stage – as the club not only qualified for the Copa Sudamericana two years in a row, but also reached its finals. For both fans as players, as for the entire city of Chapecó, the matches against Atletico Nacional would be the biggest matches in history. Instead, they became the biggest tragedy.

Of the 77 passengers on board 71 died. Among the dead were 19 players, 12 members of the coaching staff, the club president and four members of the board and three members of the club’s media department. Three players survived, Jackson Follmann, Alan Ruschel and Neto. A club in Chapecoense’s situation could easily have folded. But the club received massive support from the whole football world. On the day the final should have taken place, Atlético Nacional’s fans filled the stadium in Medellín, while almost 100,000 gathered outside the stadium to pay tribute to the team that should have been their opponent. Even the Atlético Nacional players paid their tribute by asking CONMEBOL to award the Copa Sudamericana title to Chapecoense in tribute to the victims.

Sympathy from friends and foes

With 19 members of the squad dead, the club would face problems being able to field a team to compete. In order to compete in both the Brazilian Série A, the Santa Catarina state championship, the Brazilian cup and the Copa Libertadores, which the club had qualified through as winners of the Copa Sudamericana, a large squad had to be assembled in a very short time. The help came from Chapecoense’s rivals in the Brazilian league who in an act of solidarity, let Chapecoense loan players at lower fees. The new players took wage reductions to play for the club. Help was also offered from other parts of the football world. Former stars such as Ronaldinho, Juan Román Riquelme and Eidur Gudjohnsen offered their services to the club. They were politely turned down, however.

Another act of solidarity from the world football family was fundraising campaigns to help a club few people outside of Brazil had heard of before the tragic accident. FC Barcelona invited the Brazilian team to play a friendly at Camp Nou where all the gate receipts went to Chapecoense. In Paris the Eiffel Tower was lit in the green colours of Chapecoense in honour of the victims, as was the statue of Christ the Redeemer in Rio de Janeiro. Rock band Guns N’ Roses dedicated their cover classic Knockin’ on Heaven’s Door to the families and relatives of the victim at a concert in Mexico City.

Chapecoense’s tragic plane crash was the latest in a sad row of football players being killed in airplane disasters. The development of continental and intercontinental competitions go hand in hand with the development of modern aviation. One could say that the rise of modern aviation laid the foundations for international football competitions such as the European and South American club tournaments. Tragic accidents involving football teams are the flip side of this development. Over the years several teams have been involved in disastrous airplane accidents, such as Torino F.C’s “Grande Torino team” (Superga 1949), Manchester United’s “Busby Babes” (Munich 1958), Danish Olympic National Team (Copenhagen 1960), D.D. Green Cross (Chile 1961), Antonio Varas (Chile 1965), The Strongest (Bolivia 1969), FC Pakhator Tashkent (Soviet Union 1979), Alianze Lima (Peru 1987), Colorful Team (Suriname 1989) and the Zambia national team (Atlantic Ocean off Gabon 1993).

In all cases not only football players were killed. With football teams involved, the consequences of the loss of life were not limited to relatives and friends, but were felt in whole communities, even countries. The reactions and solidarity in the aftermath of the Chapecoense disaster can be compared to the reactions after the Superga disaster involving Torino F.C’s team in 1949. The Torino team was on their way to win a fifth consecutive Italian championship, the Scudetto, when disaster hit the club. As in the case of Chapecoense, rival clubs decided to donate the Scudetto to Torino and to donate a player each to Torino after the season.

The connecting power of football

Airplane disasters involving football teams, such as the Chapecoense disaster, affect people across the globe. Both fans of the teams involved, and people who may never have heard of the team, will often go through a collective process of sorrow. The team becomes part of our collective memory. Although people die in accidents and natural disasters, few are better remembered all over the world than the disasters involving football teams. The reactions after the accidents, such in the case of Chapecoense and Torino F.C, also show that the rivals come together in solidarity even though they are enemies on the pitch. Could nations learn from how the football family reacts when disasters strike and why are people all over the world affected when football teams are involved in plane crashes? Are these examples of the connecting power of football?

Read about the reactions of the Atletíco Nacional fans can be seen on the Daily Mail. Nossa Chape is a moving documentary about the rebuilding of the team in the aftermath after the disaster. Also the Netflix documentary Forever Chape is worth a look.. For those fluent in the Scandinavian languages, Swedish football magazine Offside has a story about the resurrection of Chapecoense.

The story of Chapecoense and how disasters involving football teams unite the world in sorrow.

Previous
Understanding the history of migration through the lens of Football

Next
Referee in the Resistance