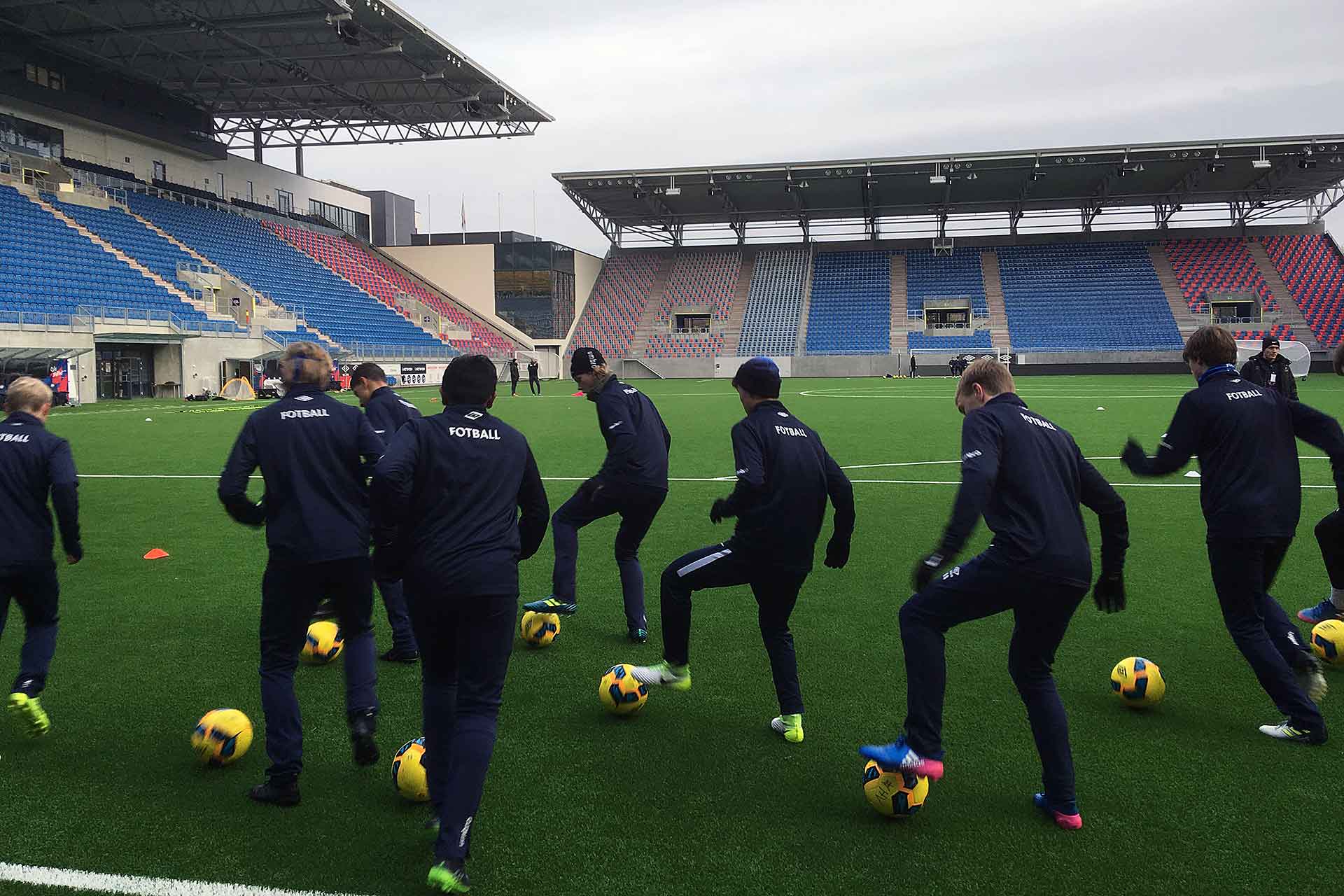 There is more to football than just score lines

We would say that the history of football contains millions of stories, of individuals and communities, of movement and processes, which can open doors to the conversations we need to have in the present. In Football Makes History we speak with history teachers from all over Europe to talk about how and why they incorporate Football History in their lessons. Here are the thoughts and experiences of a history teacher in Norway.

Let’s meet Geir Ove Halvorsen, a history teacher at Valle Hovin Upper Secondary School and Football Makes History developer. His favourite teams are Hamarkameratene and Arsenal. Find out what he has to say.

Football is – and always has been – a political instrument. In a way, football grew out of an elite culture, excluding workers first, women, minorities and more. But it’s also a weapon to fight for inclusion, democracy and political rights. Having written my master thesis about the connection between sports and politics in the inter-war period in Norway and supporting a club that has its roots from this period. It was a period of large social and cultural change across Europe. I argue that football history from this period is our way to start conversations with pupils about power, exclusion and inclusion.

More than 22 humans chasing a ball

The reactions I received from my students after using football as an example in my history class were positive. Both those students who were interested in football and those who were not into football said that they had learned something from the lessons. For some of those students who were interested in football but not in history, the lesson in which I used football had a motivational effect, both in the short term and in the longer term. They took more part in discussions in the lesson when football was used compared to earlier classes. And later this participation has continued. Using football as an example seems to have made history more relevant for those students. Some of the students who were not into football replied that they understood football’s role in history in a better way after the lesson. There was an understanding among the students that football is more than just 22 humans running after a ball. Football played and still plays an important role in history and society.

The power of local history

I used the local football club, Vålerenga IF, as an example which is close to the students’ lives. In 1996 the fans and the club joined forces and started a programme called Vålerenga mot rasisme (Vålerenga against racism). The programme included an awareness campaign directed at the fans, for instance, the Club started wearing the slogan Vålerenga mot rasisme on their shirts. The programme also includes activities aiming to integrate children and youth with other ethnic backgrounds. Today there are 76 different nations represented in the whole club.

The students had to discuss and agree on the most important reasons why the club was established at the beginning of the 20th century by looking at different primary sources. At the end students discussed how these reasons have had an effect on the identity of the club. By using the football club as an example, the students gained insights in social, political, economical and cultural history of Norway. Although the story of the football club could be seen as local history, the different reasons why the club was established had the student’s look at both the situation in Norway at the time of the establishment and even influences from abroad. The discussion of the club’s identity – incidentally, the school is located on the premises of the club’s stadium – became a discussion on how history shapes today’s society and how today’s society is a product of history.

All those that struggled for rights, also struggled in football

There are so many topics in which teachers could use football for social inclusion, ranging from the working-class struggle for playing the game which could be linked to the fight for political rights, to women’s struggle for being accepted in football. A struggle that could be related to the general fight for equal rights among the genders. Another topic could be related to the fight against racism, both on and off the pitch. Football could also be used to highlight the struggle ethnic minorities have faced in different countries, such as the Basques and the Catalans during the Franco regime in Spain or indigenous people, such as the Sami people in the Nordic countries.

We want to thank Geir Ove for this interview and providing insights into his lessons and his use of football. Most of the time local football is overlooked due to the mass appeal that professional football has. But as Geir Ove showed, local football history can be an opportunity to engage students into a discussion around history and the present. We want to end with these words from Geir Over: ‘’Millions of people over the world live and breathe for football, but many are probably not aware of the role football has had in their own towns’ history when it comes helping to make society more inclusive and equal.’’

A conversation with Football Makes History developer Geir Ove Halvorsen, a teacher at a secondary school in Norway, about his experience using football history, connecting local and global perspectives in his lessons.

Previous
Football without frontiers for a Europe without borders

Next
When fans sing together for joy