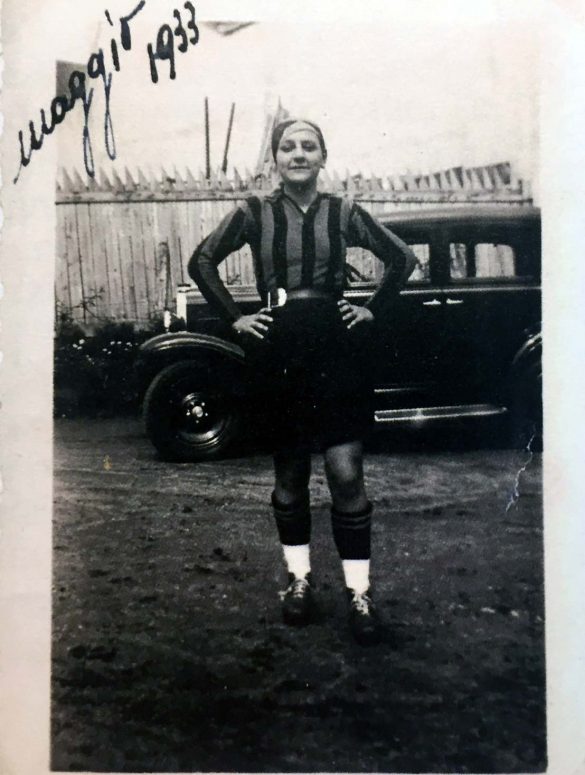 Brunilde Amodeo was born in Milan in 1914. Her parents had moved to Milan from a small country town. They loved opera, which is how Brunilde came to be named after the heroine of Wagner’s Ring cycle. The youngest of the family, Brunilde was a “modern girl”, good at maths, music and dance. She especially developed a passion for cinema and sports, including swimming, tennis, basketball, skating – and football.

Brunilde Amodeo was part of a brief surge of enthusiasm for women’s football in Italy before it was closed down by the Fascist regime. She was a keen supporter of Ambrosiana (the club which was at first Internationale FC, but was forced to change its name during the regime of Mussolini). Along with Rosetta Boccalini and her sisters, and Nini Zanetti, Brunilde took part in a series of football matches in 1933. At first, the female players were encouraged by the local officials of the Fascist sports organizations, and Leandro Arpinati, one of the most powerful men in Mussolini’s regime. But then Achille Starace, President of the Italian Olympic Committee and Secretary of the National Fascist Party – a person close to Mussolini – turned against them.

Although many people had previously spoken against women’s football during Arpinati’s rule of the Italian sports movement, deeming it as “unwomanly” and stressing its danger for the reproductive power of women’s bodies, which was the main goal of the Fascist policy regarding women’s sport, Starace ordered to boycott it because it wasn’t useful to his totalitarian idea of the role sports in building the international soft power of Mussolini’s Italy.

Since women’s football wasn’t in the Olympic program of the upcoming 1936 Summer Olympics in Berlin, why should Brunilde and her friends spend their energies on playing football? In fact, in the next months, a lot of football players were diverted to athletics and basketball, two female sports that would be able to gain Italy some international medals at the Berlin Olympics.

She carried on with other sports after 1933, but there was no more football. She married in 1938 and started a family. Her husband and her brother-in-law had both fought in Italy’s war in Ethiopia in 1935-36. Their careers and their health suffered as a consequence. She passed away in her place of birth, Milan, in 2000.

Brunilde loved sports and became part of calciatrici, women footballers, in Milan in the spring and summer of 1933. Brunilde was captain and centre-half of her team. But the brief surge of popularity of women’s football was snuffed out by leading figures in Mussolini’s regime. Women were allowed to continue with other sports, but football was deemed “unwomanly” and politically unacceptable. Brunilde and her football friends disappeared from history for more than eighty years.

Educators could look at this story with young people and discuss the following questions:

Find out an in-depth article about her life on Playing Pasts, called “And then we were banned”. The history of the calciatrici is being researched by historian Marco Giani – who helped us out with this Football Life – with frequent additions and new findings available on Academia. On the online magazine Playing Pasts he also provides a wealth of additional original source materials, which – among others – explored the history of women’s football in Italy in the context of Fascism. Corriere Della Serra discusses a recent novel entitled “Giovinette, the women footballers who defied the Duce” by journalist Federica Seneghini which brings the calciatrici to life and offers great perspective and insights.

Captain of a pioneering Italian football team in 1933. 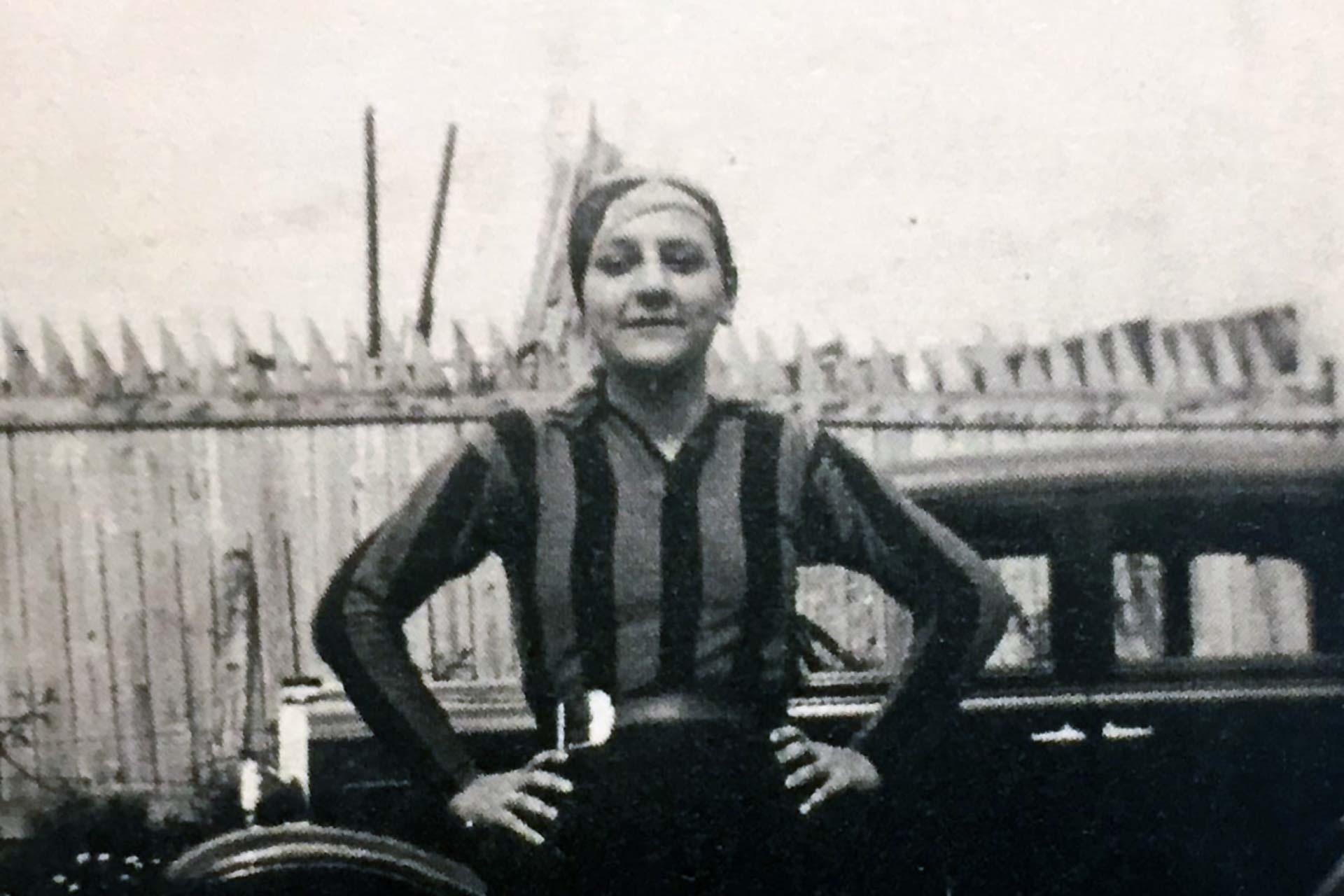