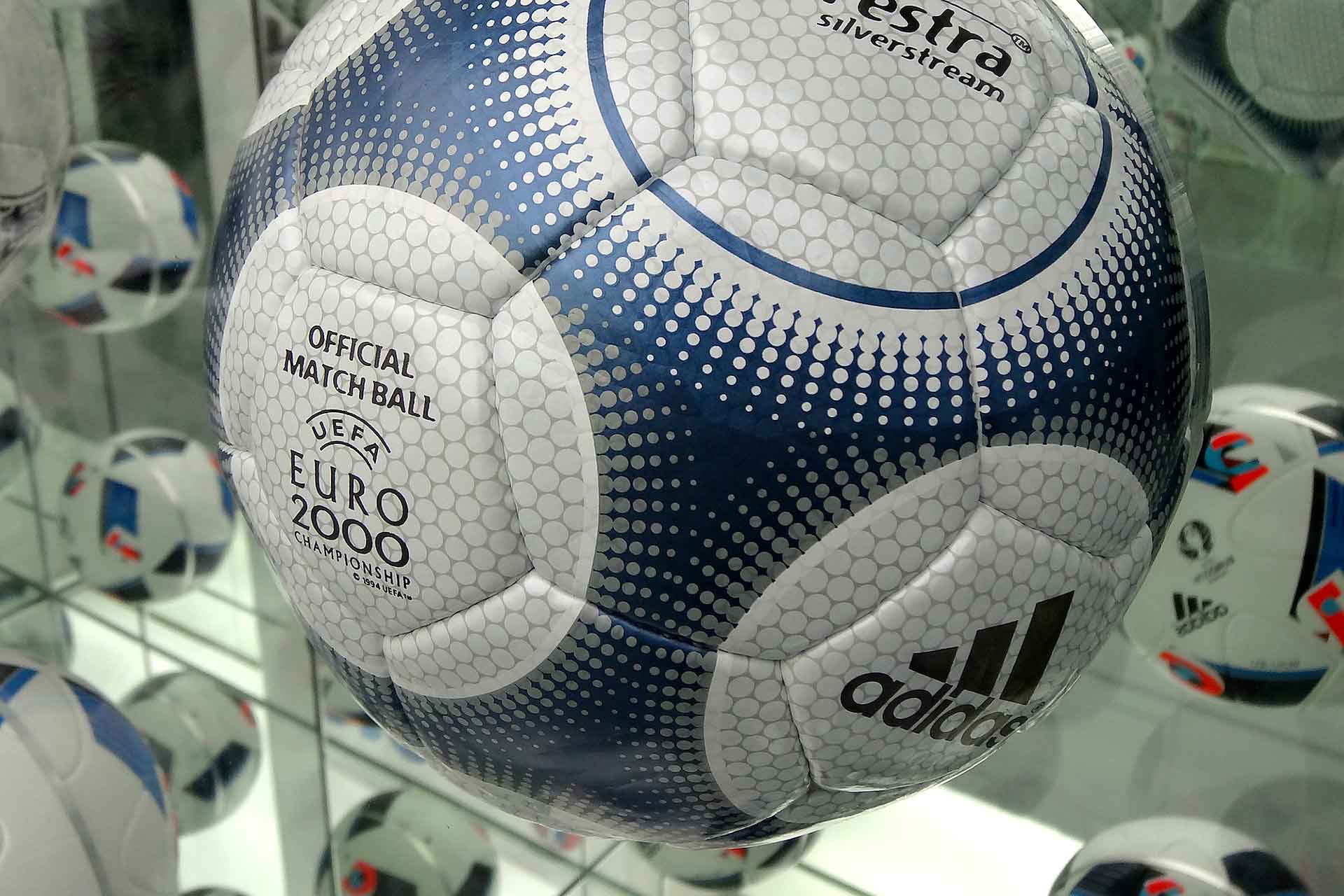 Football without frontiers for a Europe without borders

Looking back at the evolution of joint bidding, the element of historical value can be discussed

Today twenty years ago, on 2 July 2000, the final of EURO2000 was played in Rotterdam. The European Championship that year was the first time that the host was not only one country. In this case, Belgium and The Netherlands joined up and organised a successful tournament with the slogan “Football without Frontiers”.

What is it about co-hosting that helps to go beyond borders? How does this event reflect on the development of European transnational cooperation and the emergence of the European Union?

In a moment of unity

According to the firm which designed the logo for the EURO2000 tournament, the Dutch and Belgium Football Associations had reached out to them and several other design firms just a week before Christmas eve 1993. The task: design a logo for the first mutli-national European football tournament within one week. The winning logo became a design of a football playing figure with the flags of both Belgium and The Netherlands. Going back to these early 1990s, this joint bid seems to fit well with key moments in the history of the European Union that took place just before. For example, in January 1993, the European Economic Community (currently known as the Single Market) came into force. In February, negotiations for the accession of Austria, Finland and Sweden commenced. Later in the year, the Treaty of Maastricht, formally establishing the European Union, became a reality. With the bid for the first ever jointly hosted men’s European Championship, Belgium and The Netherlands were riding a wave of European cooperation, thus proudly stating their bid’s slogan “Football without Frontiers”.

In 1997 Norway and Sweden hosted the finals of the women’s European Championship together. The joint bid by The Netherlands and Belgium, was however designed earlier, as a Dutch newspaper clipping from November 1995, reporting on qualifying matches, mentions that UEFA had not yet decided on the location of the Women’s finals. Regardless of this, and due to the high visibility of EURO2000, well before the tournament, a wave of football tournaments held jointly emerged, both in bids as well as in actually held tournaments.

In 1984 Denmark, Finland, Norway and Sweden were the first to come up with the idea of co-hosting the Euro finals, for the 1988 tournament, at a time when their foreign offices were preparing a Nordic Development Fund. The fund was established, but Euro 1988 went to West-Germany. In 1989 Austria and Hungary were next to bid together for the 1996 tournament, and in doing that illustrating the lowering of the Iron Curtain. The idea at the time did not come to a successful bid, but a few years later they were joint candidates for the 2004 finals. This was preceded by the Austrian Football Federation starting talks with their colleagues in Croatia, Hungary and the Czech Republic in the fall of 1996. Ultimately, Austria chose to partner with Hungary, referring both to the historic football tournament “Mitropa Cup”, as well as alluding to the Austro-Hungarian dual-monarchy. Which led one Austrian newspaper to announce “The Monarchy Lives!” In the further preparation and presentation of the joint bid, the focus shifted to economic cooperation and related challenges. The bid for the 2004 finals was however won by Portugal.

Subsequently, with less historical overtones, the Austrians successfully bid for and hosted the 2008 tournament with Switzerland. The Hungarians came close several years later in yet another joint bid, which looked at co-hosting Euro 2012 with similar orientation toward the legacy of the “Mitropa” tournaments.

Bidding for an enlarging Europe

The Euro 2008 bids were developed in 2002, which can be seen as a moment of European integration with the preparations for the largest single enlargement in 2004 and the coming into practice of the Eurozone. Herein were also included ambitious and courageous bids for joint tournaments held by Bosnia-Herzegovina and Croatia – bidding at a time not even a decade after bloody conflict. Other joint entries came from Greece and Turkey, Scotland and Ireland and four Scandinavian countries.

The next historic occasion was the co-hosting of the 2012 finals by neighbours Poland and Ukraine, whereby Poland had acceded to the European Union in 2004. The tournament built new connections for Europe and Ukraine, but also illustrated the difficulties and limitations of European cooperation in a highly volatile geo-political region.

Saga of a small nation in a bigger Europe

After three successful co-hosted Euro finals (2000, 2008 and 2021), joint biddings have become a regular feature. The Gaelic coalition (Scotland, Ireland and Wales) wanted to organize the 2020 Euros and for the 2028 tournament there are some preparations for a bid from a group of four countries: Bulgaria, Greece, Romania and Serbia. A bid from a Scandinavian group is expected as well.

The decision to celebrate the 60 year anniversary of the men’s European Championship with a tournament held across 12 countries and under the common slogan “building bridges” was reinforced by UEFA on 17th June 2020. With that, it incidentally also triggered the creation of the Football Makes History project. Looking back at the evolution of joint bidding, the element of historical value can be discussed. Why do countries work together? What does this say about societies’ attitudes toward borders? In 2012, Infantino, then UEFA chairman, said: “Instead of having a party in one country, we will have a party all over Europe in the summer of 2020.”

Explore various tournament bids here, or find out more in this academic paper (in German) about the role of football in central europe.

On this day in the year 2000, the final of the first European Championship co-hosted by two countries was played. The idea to host such an event together is an example of the 1990s momentum in European cooperation. Euro2020, now postponed till 2021, is co-hosted by 12 European cities. This is the story of crossing borders.

Previous
Saga of a small nation in a bigger Europe