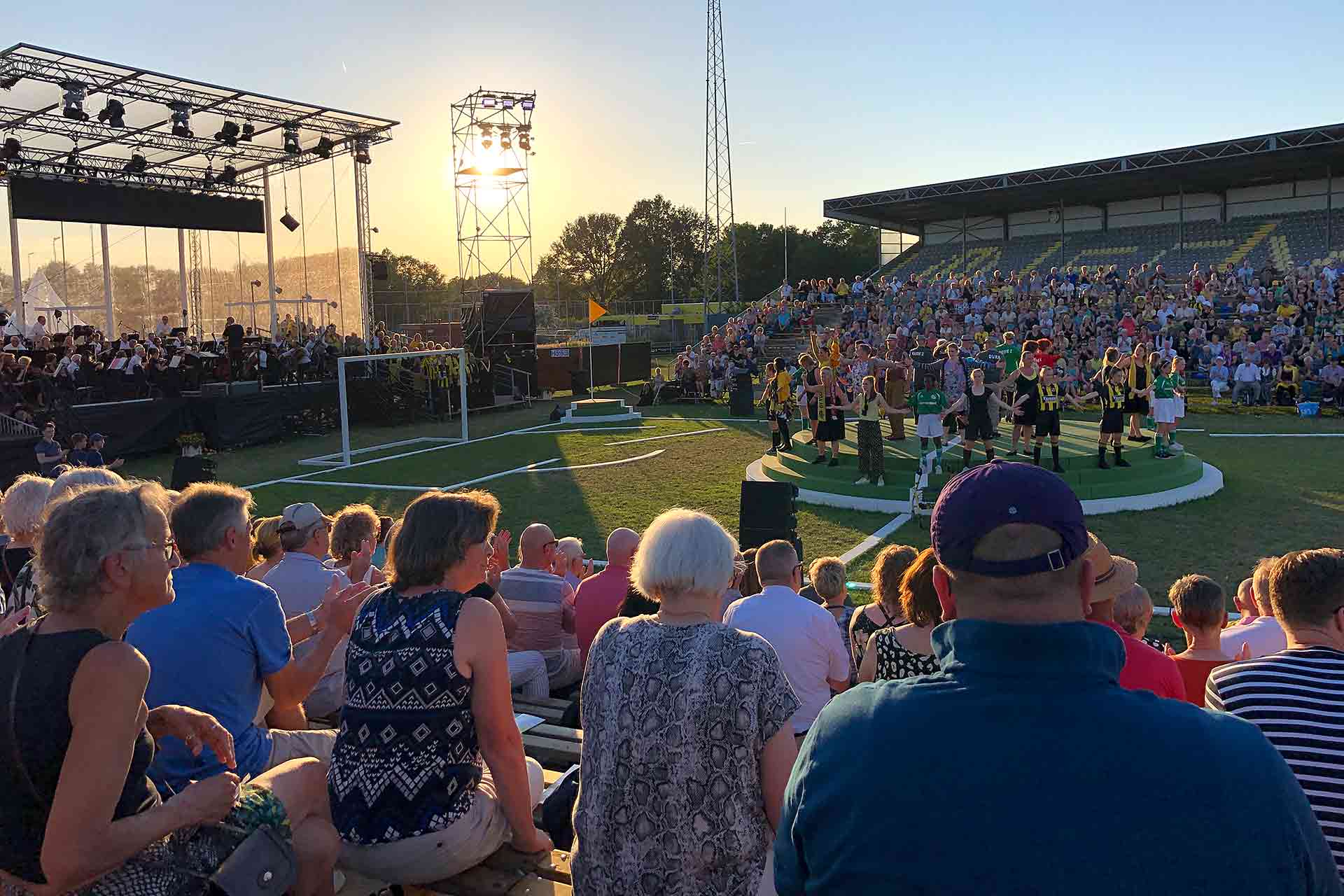 The rise and fall of a club as community drama

Just outside the city centre of Veendam stands the Langeleegte stadium imposingly, six years after the official bankruptcy and closure of the SC Veendam.

The 29th of June 2019, the Langeleegte opened its doors once again for a festive occasion, Veendammer Wind, an opera celebrating the rich history of the club, the tireless engagement of the local community, and their great achievements. Inextricably, it also tells the story of the decline of the Sportclub Veendam, pride of the east of Groningen.

It is impossible though, to reflect on the decline of the club, without considering the social reality of the Veenkoloniën, the area east of Groningen of which Veendam serves as unofficial capital. This region is also one of the poorest in the Netherlands. Historically, the Veenkoloniën were hit by adverse economic shocks they could never fully recover from.

The decline of the peat industry, and the mechanisation of agriculture left great amounts of manual workers unemployed. Aided by globalisation, industrial production departed to areas with cheaper labour during the last century. The structural damage done to homes and historical buildings in the Veenkoloniën due to gas extraction is the latest in a long list of adverse circumstances for the area. Culturally, this region has seen a marked disconnection with the rich west of the country, and has had revolutionary tendencies well into the 20th century. It is in this context – that of the beleaguered community standing up for what is theirs – that the story of a family trying to save their local club unfolds. The attempts to revive the club through national campaigning and the recruitment of cultural ambassadors is lovingly told, with an emphasis on local stories, and interesting insights on the role of women in traditionally male dominated sports, culminating in an organised women’s team becoming more prominent than the men’s.

Despite some minor pitfalls, this opera reveals the spirit of the east of Groningen. One leaves the Langeleegte with a handful of lessons learnt. Firstly, the opera communicates well that in difficult times, community and solidarity matter. Hard times in this case show the potential for local, community solutions that can bring an entire region together. Secondly, it showcases that despite the many noxious examples of identity being used for divisive and exclusive narratives, it can also be a virtuous thing: young and old, Groningers and not, came together to celebrate a club that bound them to each other. The prominence of the Gronings dialect, both sung and spoken, is a clear indication of the intimate relationship between culture and sport. Stunning performances from the main cast, supporting actors and the Veenkoloniaal Symfonieorkest were worthy of this touching local story.

What does this performance mean for history, citizenship and heritage education?

When Football was mobilised

Veendammer Wind shows the richness, breadth and potential of football as a source of inspiration to address these societal problems. Everywhere one looks, there are local histories that could teach valuable lessons, both in the classroom and on the pitch. It also showcases the virtues of multidisciplinarity, and encourages educators not to be afraid to innovate by mixing history with other topics, much like this performance mixes opera with football and history. The past is interwoven with everything around us, and performances like these further make the case for the use of engaging and moving local histories to teach citizenship values and raise awareness of shared heritage amongst Europe’s youth.

You can find the original article on EuroClio.

Previous
Big statements on a small piece of cloth

Next
Football Players in Focus