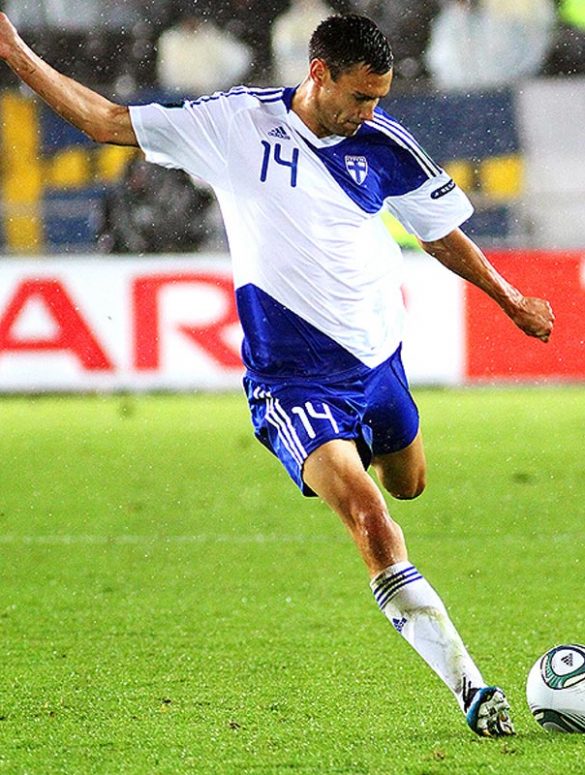 Speaking up beyond football

At the end of his career Tim Sparv was captain for his club and country. He began growing up in Oravais as a son of a Track and Field-athlete (mother) and his father was his first football coach in quiet surroundings in western Finland. He moved away to pursue a professional career in Sweden, and later he played for other clubs in The Netherlands, Germany and Denmark. He won the Danish League Championship three times and was awarded footballer of the year 2015.

The life outside football

During his career Sparv has been outspoken about issues outside the football field. He has educated himself whilst playing and has been writing columns for a finnish newspaper where he, uncommon for most footballers, expresses his views on values and politics. One of his main frustrations in recent years is the way footballers and fans have no influence on what is going on in the football world, especially when it comes to the upcoming World Cup:

We players are going to be the public face of a tournament over which we have no control. So I have wanted to know more — I have even spoken directly to migrant workers. And I can tell you this much: They appreciate and feel encouraged by the fact that someone is supporting and empowering them.

With the World Cup in Qatar getting closer this year, there is no doubt that Tim Sparv will continue his comments on it in his attempt to engage other people and footballers in the discussion about what role human rights should have in modern football. It seems that the people controlling and organizing the game are not too concerned about these matters:

Keep the discussion going. Continue to voice your support for the migrant workers. Write, blog or tweet about them. Publish statements. Speak up. Put more pressure on Qatar and FIFA. Why? Because it works.

If you want to read more about Tim Sparv’s comments on the World Cup in Qatar, read the article from The Players Tribune or watch the short video made for FIFPRO. He also gave an interview in The Set Pieces.

Tim Sparv is raising his voice about human rights.