Going back for the first time

Last year, this club’s museum organised a special visit for fans to Theresienstadt, where Sonny had been interned. He joined this trip and shared his stories. It was the first time for him to make this emotional journey.

The club continues to look ahead, while reflecting on the painful past. 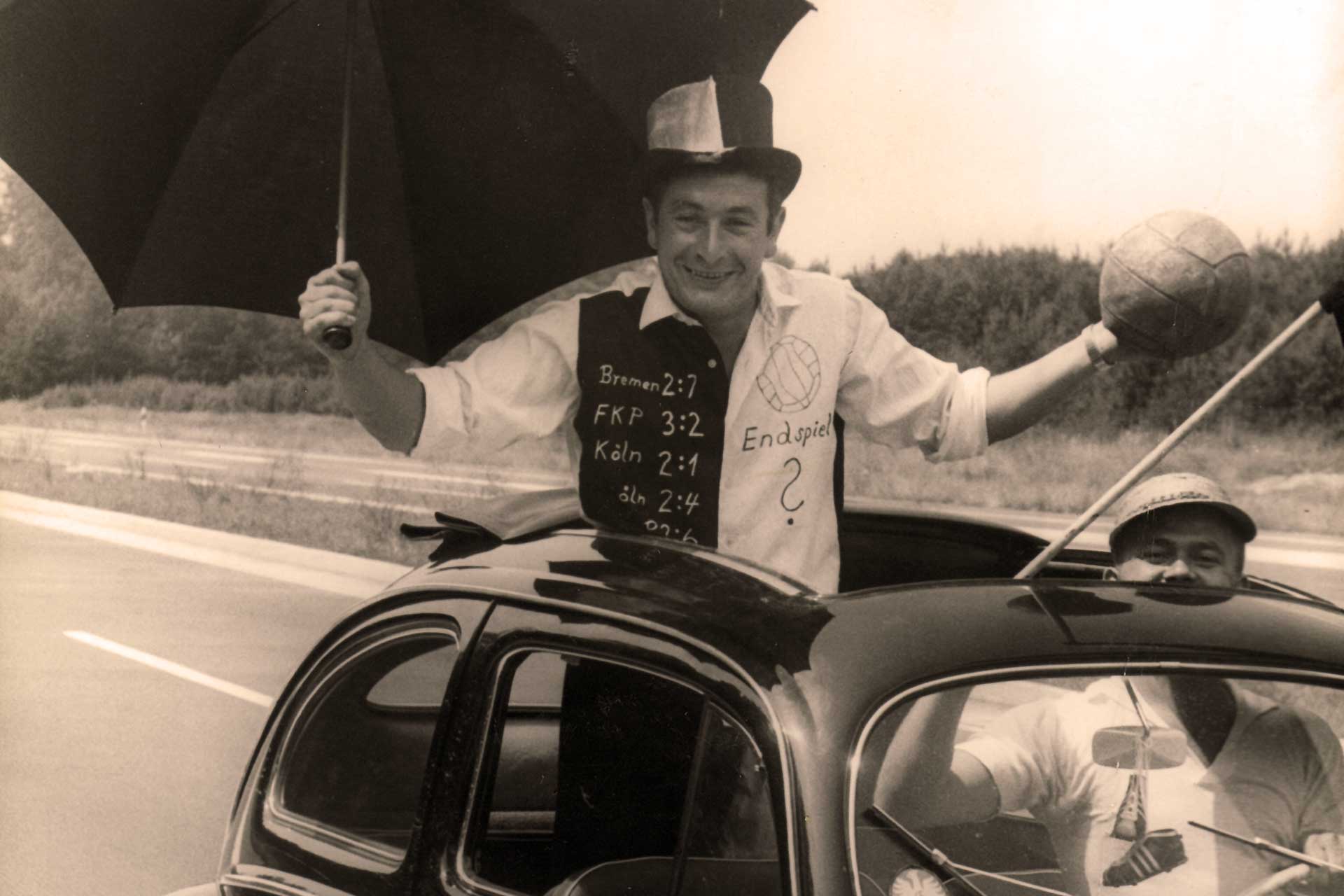 Facing the past through education

German football clubs have, like all other aspects of society, endured the totalitarian rule of the National Socialist period. Some of these clubs seek ways to commemorate and educate about this period with their younger fans.

At the Eintracht Frankfurt Museum, a partner in the project “Football Makes History”, the team of historians and museum educators have worked on this dark past in a variety of ways. They have, for example, collaborated with the Fritz Bauer Institute on the History and Impact of the Holocaust and local schools to develop educational resources that explore the Jewish history of the club.

In response to the terrorist attack in Hanau on 19th February 2020, fans in the Eintracht stadium chanted “Nazis out” after the one-minute of silence to honour the victims. The responsible approach to this past sits well with the fan culture, which is explicitly against far right politics.

In 2018, the club’s president Peter Fischer, announced that voters for AfD (Alternative fuer Deutschland), would not be welcome in the stadium, stating that

No one can be a member of our club who voted for this party with its racist and inhuman tendencies.

The club stripped former chairman Rudi Gramlich of his honorary titles, because this former Eintracht player, who served as the club’s president in the 1950s and 60s, was also a member of the Totenkopf division of the SS, a division responsible for many war crimes and mass murders of Jews during World War II.

Read more about this remarkable story of Sonny and Eintracht Frankfurt on Deutsche Welle and follow the efforts of the club (mainly in German) on Facebook.

Gottfried Fuchs: The One who got away

Gottfried Fuchs was a powerful centre-forward and a goalscoring machine. his career was interrupted by war, twice. He emigrated to Canada never to return. His story is one migration.

Today in 2015, the Paris Climate Accords were agreed. This article reminds us of football’s industrial origins and provides some perspective to the future.

Unpacking women’s football history one picture at a time

There is a lot to be discovered about women’s football history despite the limited evidence available.

Football at the Concentration Camp

Today is the final day of the European Championship 2020, in 2021, whose central campaign was #EqualGame. How did that go?

What was so special about the penalty scored in EURO 1976 Finals?

A new platform to talk about our two favorite subjects: football and history.