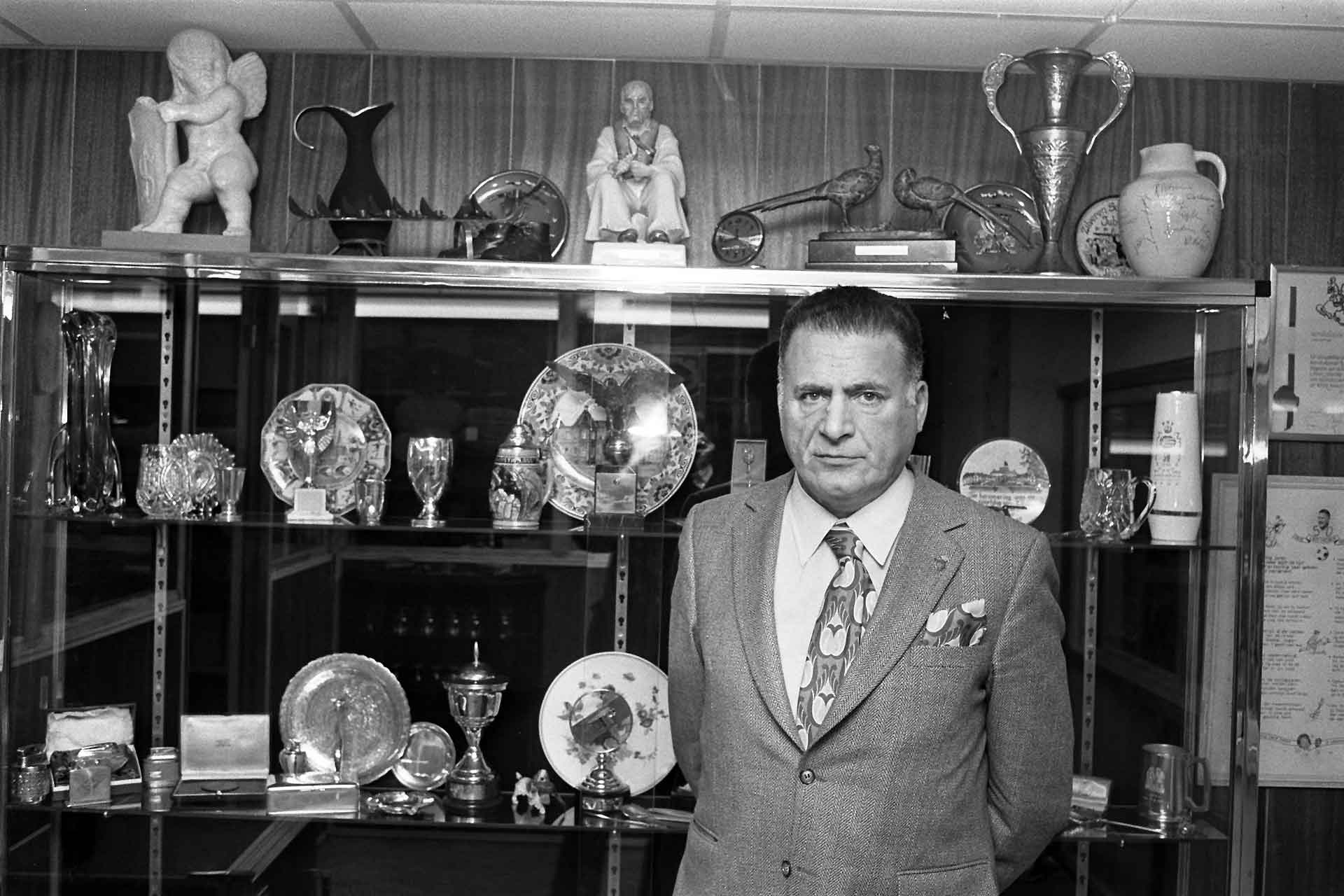 Referee in the Resistance

I was not a hero. Nobody is born a hero

Home
Stories
On This Day
Referee in the Resistance

Today, 25 November, in 1953, England’s football team was beaten for the first time on home soil. Much has been said about this game, and the rise of Hungary’s Mighty Magyars. Much less about the referee of that game. Here is Leo Horn. A Dutch Jew who was active resisting the Nazi-German occupation of The Netherlands.

Leo Horn was born in Sittard in the south of the Netherlands in 1916. When he was twelve his mother decided that the family should move to Amsterdam for a better future. His father stayed behind and only came over during the weekends. Horn would later say that this move to Amsterdam was his first liberation and that 5 May 1945 was the second. In Amsterdam, Horn played for Wilhelmina Vooruit, a club with mostly Jewish members. After an injury, he became a referee for the Amsterdam Football Federation. In February 1934, at the age of seventeen, Horn entered the pitch for the first time as a referee for the match between Blauw-Wit and Taba.

We can be heroes

In 1942, Leo Horn joined a knokploeg (fighting squad) in the south of Amsterdam. Also a member of this group was Kuki Krol, father of future Ajax defender Ruud Krol. He later said he had an idea of what was coming, as he had learned about an experience of his German uncle – a dog breeder. Horn said “In 1938 they shot all his dogs. On the kennel they wrote: Juden Hunde nicht geliebt” (Jewish dogs undesired).  “I wasn’t a hero,” he later commented. “You are not born a hero.”

But he did do some heroic things in those years, for which he used several code names. “We never knew each other’s real name.” He was instructed to distribute newspapers and leaflets and to carry out attacks on high-ranking SS officers. He also arranged for safe houses, including one for his parents and his brother George. His oldest brother Edgar and his sister Sophie were, however, betrayed and arrested. Only Sophie survived. After the war, Horn actually apprehended the traitor himself as commander of the Home Forces. “He was tied up, but I hit him anyway.”

During the war, he not only concealed his own name, but also his Jewish identity. Immediately after the war, he disclosed his real identity. In his biography he looked back on his past. He told about the time he first disclosed his real name to the rest of the group:  “My name is Leo Horn, and I am a Jew.” They were astounded and silent. Some of them cried, but Horn always remained friends with these people.

Horn didn’t see it as treason, the fact that concealed his identity, he said in 1994. “I am not a traitor, they betrayed me.” During the war the Jewish community in the Netherlands was nearly eradicated. He said that he didn’t judge all of them who had stood on the sidelines, because people are not born heroes. But he did think that many Dutch citizens didn’t do enough for their fellow human beings.

After the war, Horn went back to refereeing and in 1951 FIFA appointed him as international referee. Two years later he found himself on the pitch of Wembley Stadium, for the match between England and Hungary. The visitors won 3-6, the first time the English were beaten at home.  Horn had come well-prepared in a brand-new outfit and was in excellent condition. After the match Horn got praised for doing a great job. During his career, Leo Horn was twice appointed to lead the Europa Cup 1 final, including the one in 1962 in his hometown Amsterdam between Real Madrid and Benfica. In that same year he was linesman during the World Cup final between Brazil and Czechoslovakia.

Fortunately, Horn lived to see the unveiling of the Jewish resistance monument in Amsterdam in 1988.  Leo Horn died in 1995 in Amstelveen after suffering a stroke.

Dutch football referee Leo Horn, born in 1916, was a resistance fighter during the Second World War, all the while hiding his Jewish identity.

Next
What does identity have to do with football?