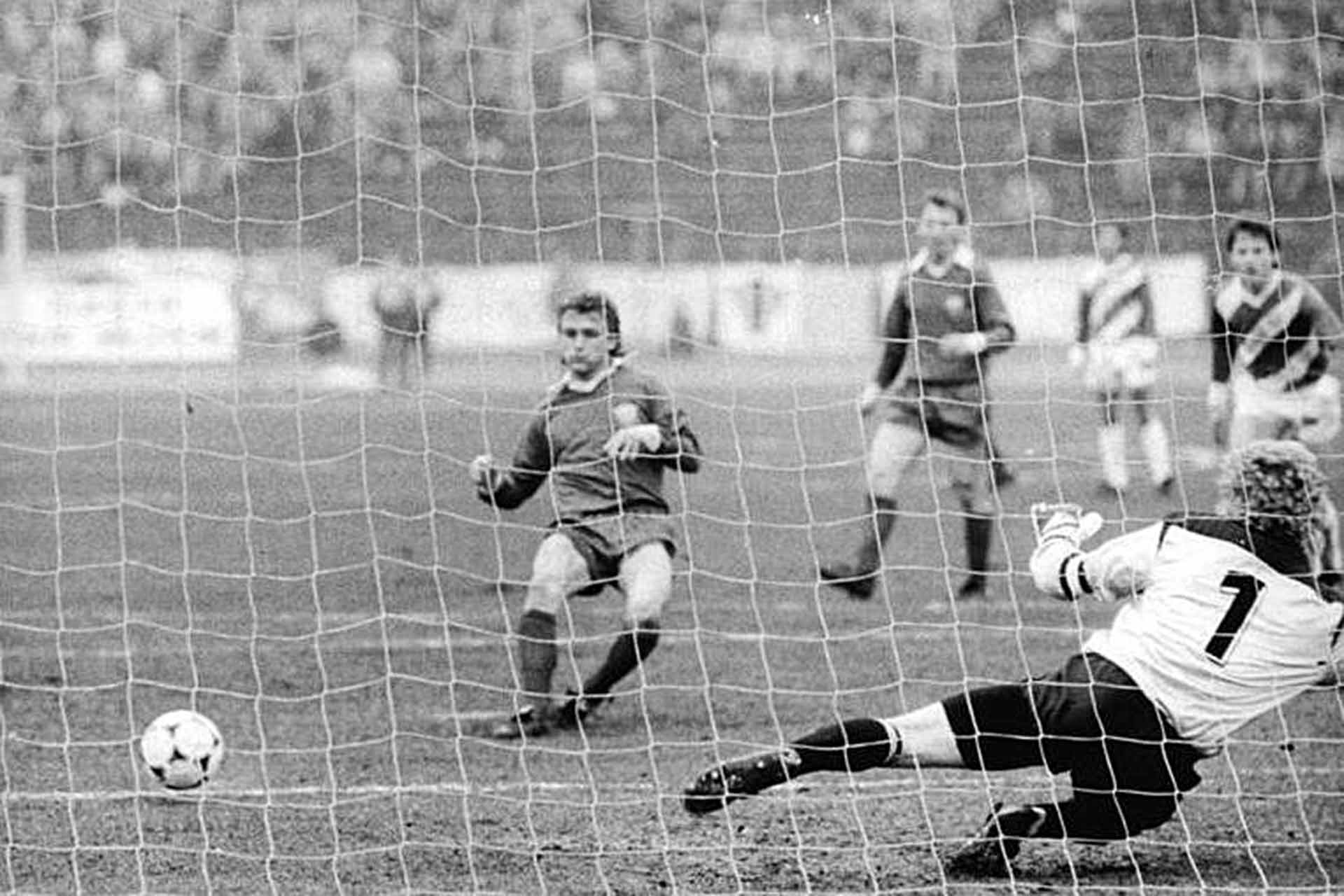 Home
Stories
On This Day
The last defectors

Today 30 years ago in 1989 three players of the East German football club Wismut Aue were getting ready to escape from the DDR. These players were: Andrè Köhler, Jens König and Thomas Weis.

Getting on board the ferry

The players were preparing for an Intertoto-cup match against Örgryte Is in Gothenburg, Sweden. Just hours before kick off, the trio walked out of the hotel the team was staying at under the excuse of buying leather jackets in a store nearby. Instead of returning to the hotel the three players boarded the ferry to Kiel in West Germany. Köhler, König and Weiss were not the first footballers to defect from GDR. Other famous footballers to defect include Jürgen Sparwasser, the World Cup hero from 1974, Jörg Berger and Lutz Eigendorf. The former went on to have a successful career as a coach in the Bundesliga, while the latter died in a car crash under suspicious circumstances, possibly involving the State Security (Stasi), in 1983. Not only footballers defected from GDR. From 1949 until the fall of the Berlin Wall in 1989, more than 3,8 million inhabitants defected to the west. Hope of a better life with political freedom in the west was the main reason behind the defections.

For the trio from Wismut Aue the reason behind their defection was the dream of playing in the Bundesliga. Four months after their defection the Berlin Wall came down. For Köhler and Weiss the dream of playing in the Bundesliga became reality. König on the other hand ended up going back to play for Aue. How did life turn out for the millions of others who defected and how has the fall of the Berlin wall changed peoples’ life in Germany?

Previous
A final painted in contrasts

Next
Discrimination and Social Inclusion