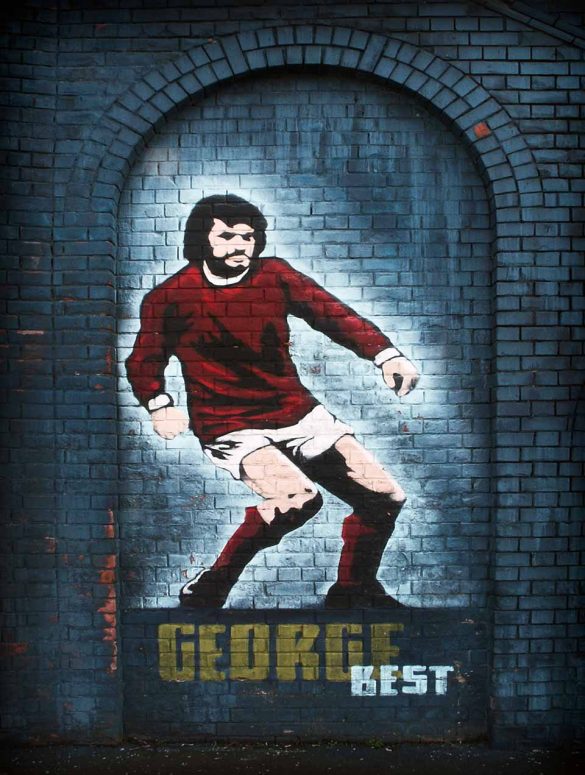 George Best was born in East Belfast in 1946, on the Protestant side of Northern Ireland’s religious divide; his father was in the Orange Order. A bright boy, George went to grammar school, but played truant because the school specialised in rugby, not soccer. Football was more important to him than education.When he was 15, Manchester United took over his life.

George Best had a tough apprenticeship in Manchester. As an errand boy on the Manchester Ship Canal, playing football as an amateur. When he made the First XI aged 17, he was a sensation. Small and slight, Best was an elusive dribbler with magic balance and touch. From 1963 to 1974 he was a superstar, part of the “holy trinity” with Bobby Charlton and Denis Law. They led United to win the European Cup in 1968. But Best’s career was to be blighted by scandals off the field.

George Best was one of the great footballers; but he was also a celebrity and the target for endless criticism. It was the 1960s. Best’s long hair, good looks, and night-club lifestyle put him always in the limelight. There were headlines about excessive nightlife and being late for training. His second wife accused him of being violent to her. He had long-term problems with alcoholism, leading to a liver transplant, and eventually died from liver failure in 2005.

George Best was an electric talent, one of the best players ever. He was also a wayward child of the Sixties, blessed or cursed with celebrity. He was sometimes called the “Fifth Beatle”. A shy young man from Belfast became notorious in nightlife. Great player though he was, many people claim Best “wasted his talent”, for Northern Ireland as well as Manchester United.

Educators could look at the life story of George Best and work with young people to consider these questions:

Find out more about George Best at the National Football museum website. You can also read the tribute written by Manchester United. You can also find out more about how he is remembered on the Belfast Telegraph. History of Football provides this one-hour interview where Best reflects on his football life. A 25-minute feature about him from 1969 is made available by the British Film Institute.

An electric talent, blessed and cursed with his celebrity. 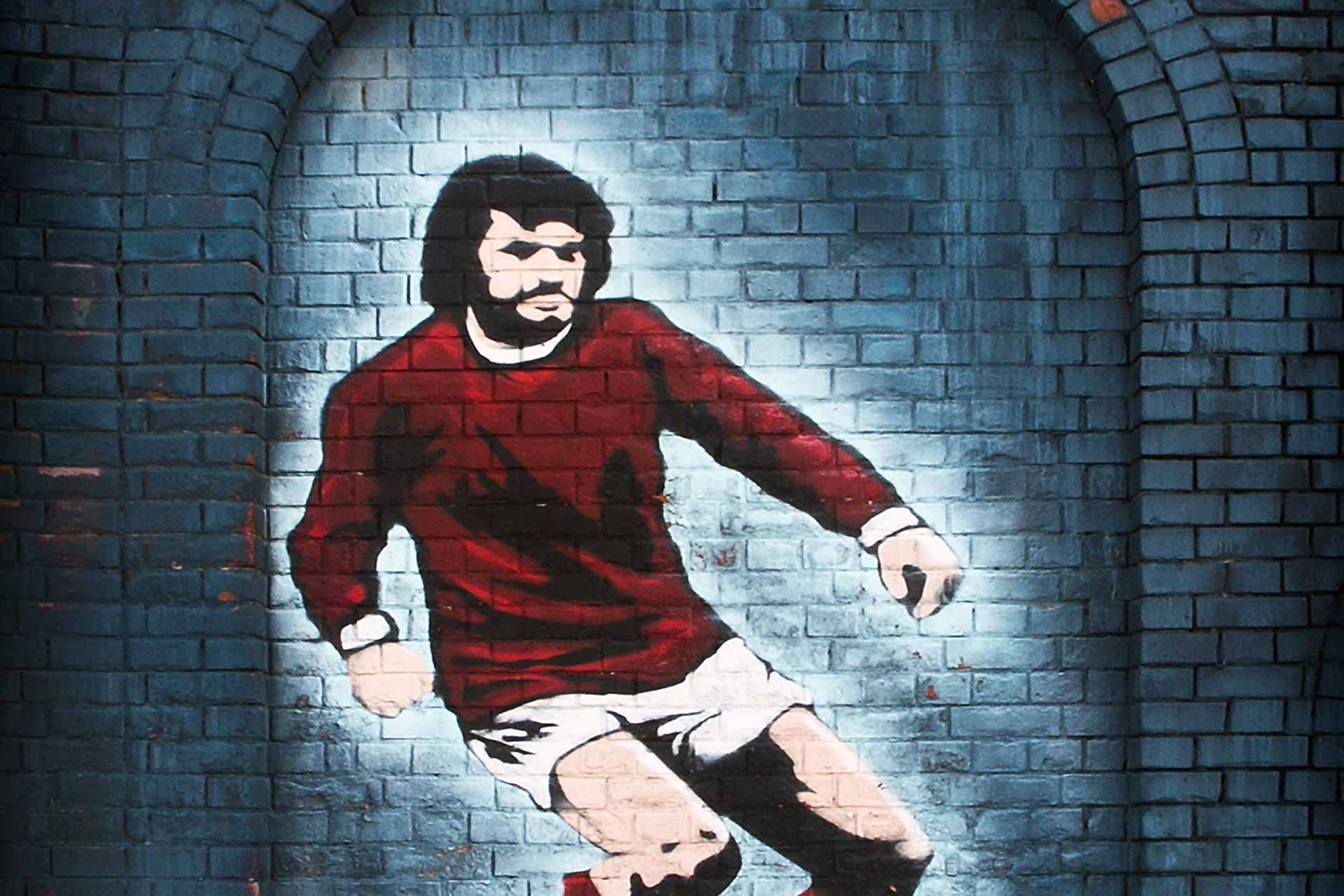