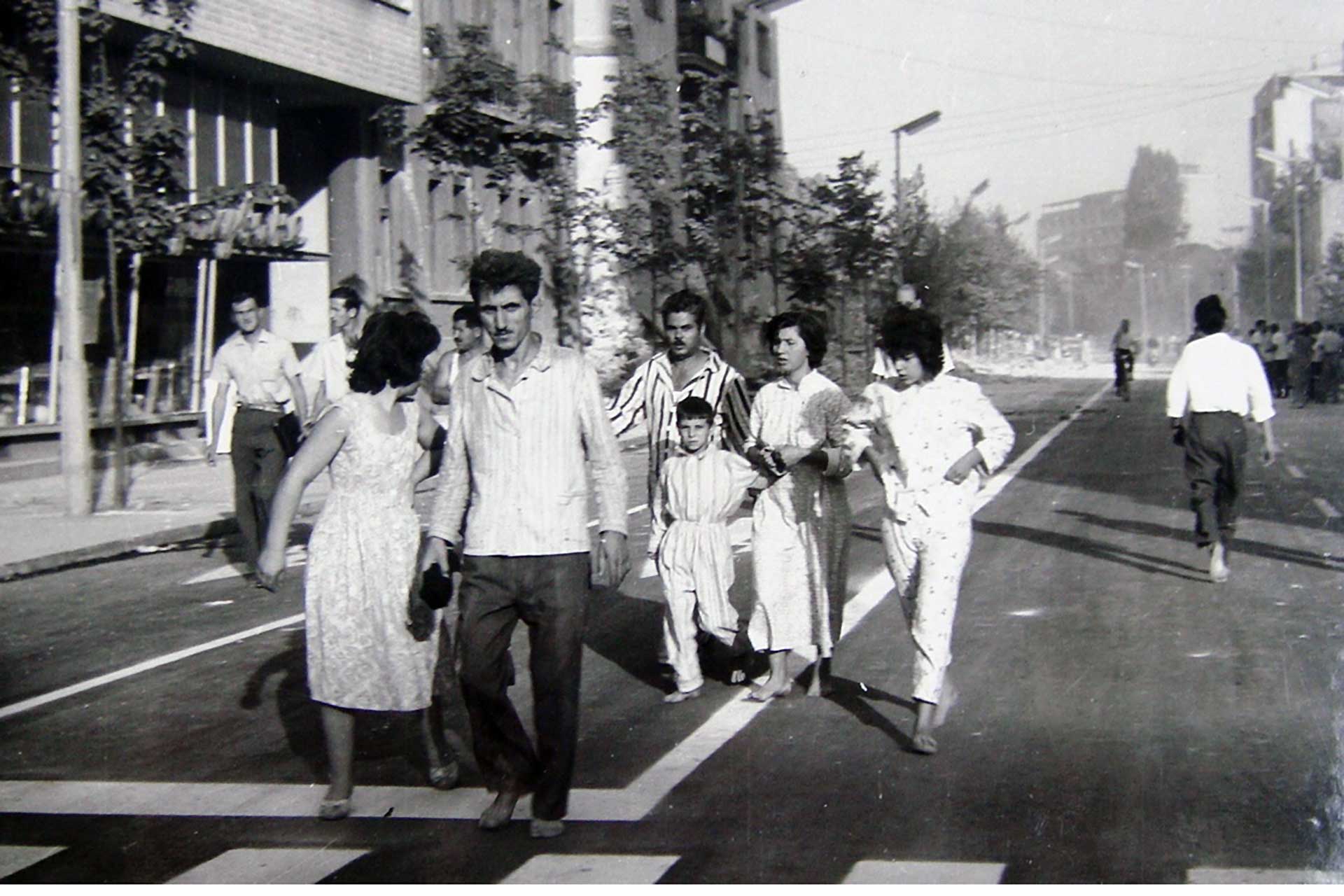 Football as a post-disaster charity

Football match to raise money for victims of disasters

Home
Stories
On This Day
Football as a post-disaster charity

Today, 23 September, in 1964, a friendly football match was played between Yugoslavia and “Rest of Europe”. The match was dedicated to the victims of the Skopje earthquake of July 26th, 1963. The match revenue helped to rebuild the destroyed sporting buildings.

Skopje the “City of International Solidarity”

The 1963 earthquake devastated Skopje, leaving 80% of the city in ruins, taking 1070 lives, and leaving 200.000 homeless. Emergency relief was mobilized from all parts of Yugoslavia and beyond. Over 70 countries, from both the Western and Eastern blocs, sent soldiers, engineers, medicine and medical teams, funds, and aid supplies. This was rare during ColdWar. Survivors remember how American and Soviet soldiers worked closely together to deal with the consequences of the destruction. Almost two decades after the encounter on the river Elbe in April 1945, US and Soviet troops shook hands again. This wide effort earned Skopje the title “City of international solidarity”.

The power of Football

Football played its own part in these rebuilding efforts. A.C. Milan, for example, helped local football club Vardar with equipment and jerseys. The Vardar went on to play in red and black. This solidarity also brought together European football stars when the “Rest of Europe“ team played against Yugoslavia in Belgrade that day. It was a rare opportunity to gather the Portuguese Eusébio, Soviet goalkeeper Lev Yashin, and more popular domestic players Velibor Vasović, Josip Skoblar, Borivoj Kostić, and more. The game ended in 7-2 for the European team.

This game showed that football represented a powerful tool to bring people together and help those in need. How can football better engage in international solidarity?  What might be the impact of having a permanent European football selection?

Educators may watch this short British Pathe newsreel and discuss what is shown, and what is not shown. Also this raw footage of a visit by USSR leader Khrushev to the site may help history educators reflect with students on what happens when political leaders visit disaster sites.

Today in 1964, a football match was organised between Yugoslavia and a UEFA team “Rest of Europe”.

Next
Only girl on the field