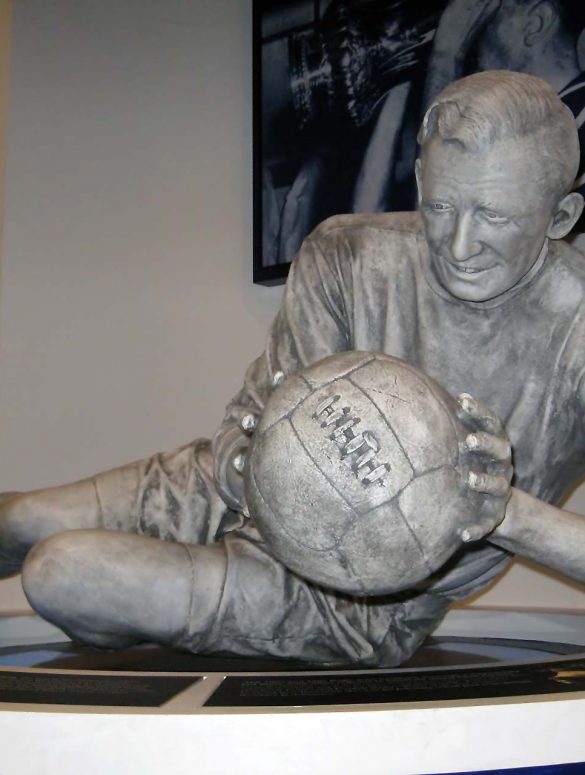 The German who Stayed

Born in Bremen in 1923, Bernhard Carl Trautmann played football for a local team, Blue and White. In 1941 he joined the Luftwaffe, aged 18. Trautmann served three years on the Eastern Front, winning an Iron Cross First Class after he twice escaped from captivity. In 1944 he was moved to the Western Front and was captured by Allied soldiers while trying to get back home to Bremen.

Trautmann was held in various internment camps before arriving at Ashton-in-Makerfield in Lancashire. He did forced labour there, including bomb disposal. When this ended, he chose not to return home. From 1948 ‘Bert’ Trautmann was a goalkeeper for a non-league team, St Helens Town, where he got to know the club secretary’s daughter, Margaret. They married in 1951.

His brilliant performances in goal for St Helens Town got Trautmann noticed by Manchester City, who signed him as the first-choice goalkeeper. At first, there were loud protests against a ‘German alien’ but Trautmann soon won over the fans. In 1956 he became a club legend when he broke his neck helping his team to win the FA Cup. Trautmann played until 1964, widely regarded as one of the best goalkeepers in the world. He died in Valencia, Spain, in 2003.

Educators could look at the life story of Bert Trautmann and work with young people to consider these questions:

Find out more about the life of Bert Trautmann here. In 2018 the film “Trautmann” was released. It tells the story of Bert Trautmann’s experiences in England after 1945. You can watch the trailer here. Read a review of the movie here. Or you read this article from Manchester City remembering Bert Trautmann.

Captured at the end of the Second World War and brought to an internment camp in England, this story tells a post-war life. 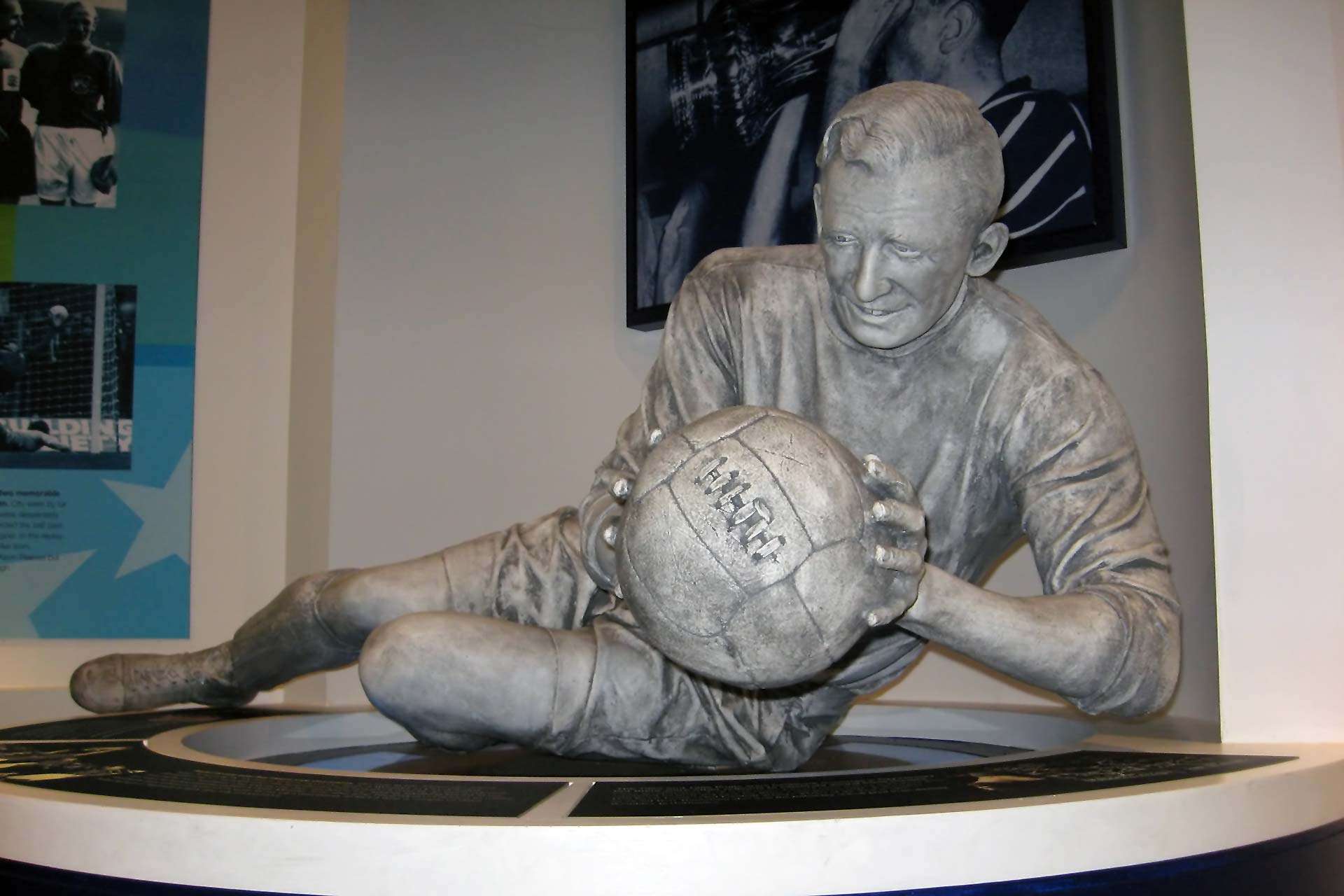