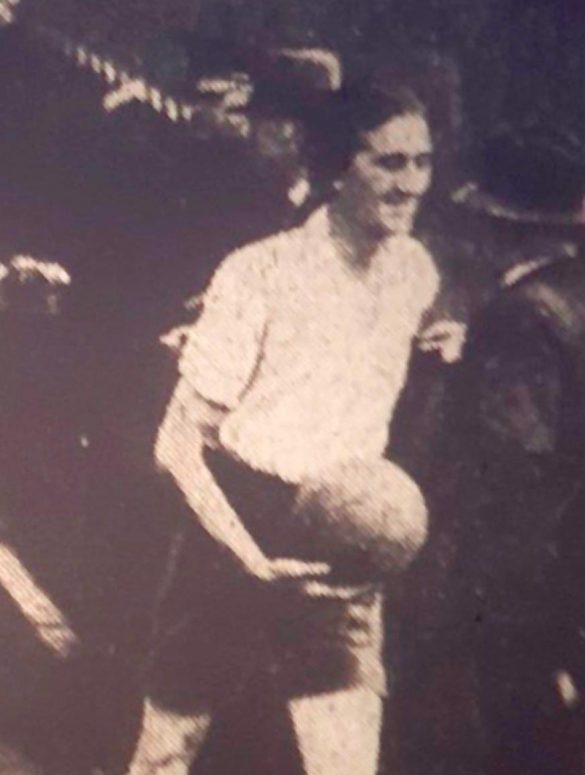 Mary Ann “Big Molly” Seaton was born in Greencastle, a working-class area of North Belfast, in 1905. Her father died when she was nine. Molly lived on Dandy Street, not far from the docks. She worked in Belfast’s linen mills. Tall and very strong, Molly became a noted footballer, famous for her hard tackling. She often played in men’s football, a powerful, combative player well able to hold her own against the men. Molly formed a local women’s team, Castle Rovers, and was the star player for them.

Molly Seaton gained celebrity status in Belfast football, known for her strong personality as well as her dominance on the pitch. She played for many different teams, and in exhibition games organised by the Glentoran club. She captained the Ireland team against teams from England, Scotland and France. In 1927 she joined the best team in Scotland, Rutherglen Ladies. Molly knew her own worth: Castle Rovers paid her 10 shillings a game, and she even had her own agent, Joe Farrell, who arranged for her to feature in newspaper advertisements aimed at female readers.

Mary Ann Seaton died in 1974 and was buried in Greencastle, close to her North Belfast roots. In her lifetime, she was a larger-than-life character, known for her liking of tobacco and beer. She was often to be seen in pubs like Morrisons Bar or the Edinburgh Castle Hotel. But after the 1930s, she faded to the margins of history. So did the memory of women’s football. It was only in 2019 that public interest in her story revived, thanks to avid efforts of volunteering researchers such as Steve Bolton.

Seaton was an iconic footballer who dominated the women’s game in Northern Ireland in the 1920s and 1930s and fought to keep it alive in the face of many negative pressures. Tall and powerful, Molly was the target for plenty of complaints about her strength and “masculine appearance”, a fate that afflicted many female players of her time. After she died, the memory of her faded and got distorted. As the 100th anniversary of the 1921 Football Association ban on women’s football draws nearer, Molly Seaton’s place in the history of the women’s game can be given the prominence it deserves.

What can be learned about football, politics and identity from the story of Mary Ann Seaton?

A resourceful account of her life is provided on Playing Pasts, written by Steve Bolton. In 2019 The Belfast Telegraph also wrote an illustrated background of her career.

Playing with strength, forgotten and rediscovered as a pioneer. 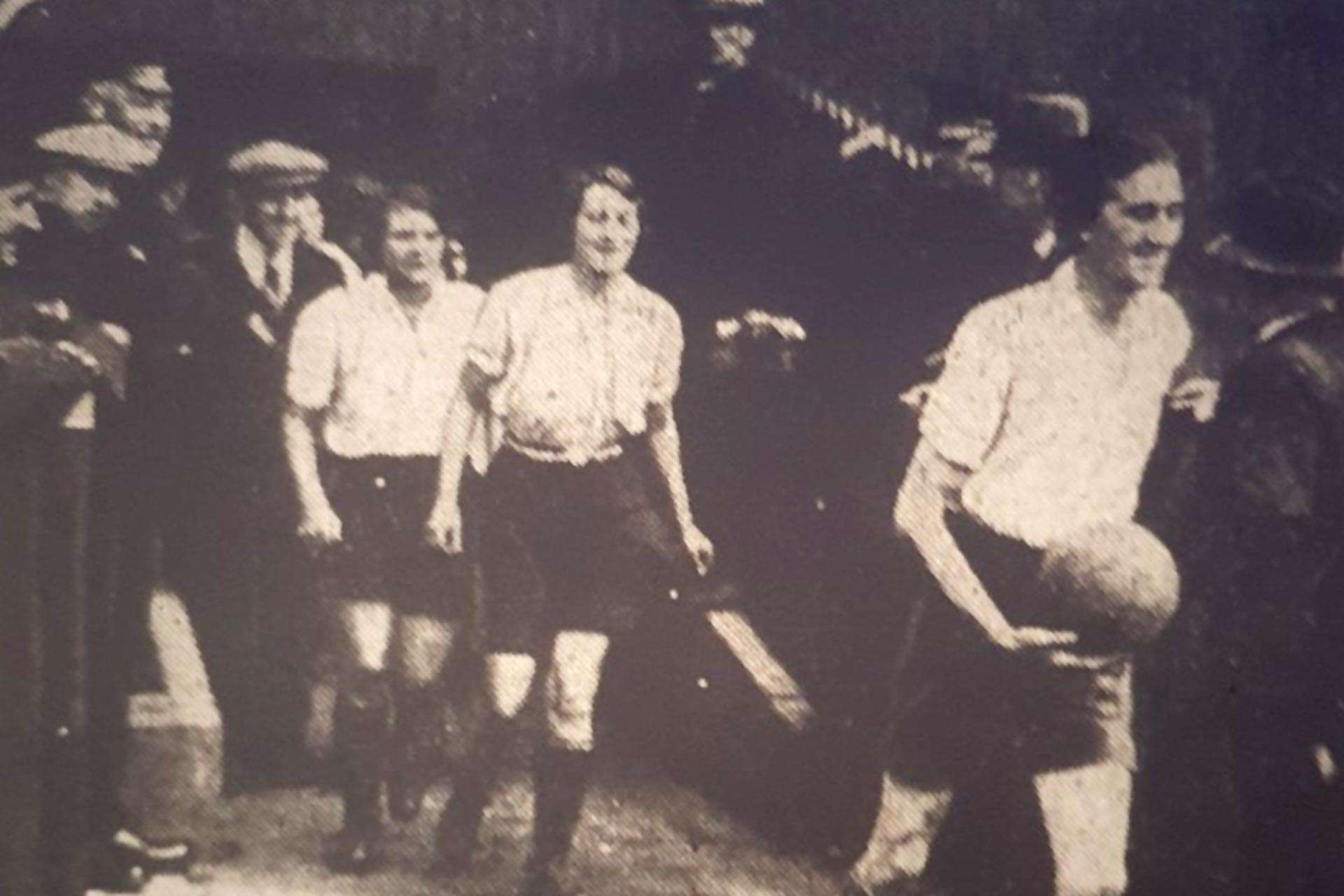