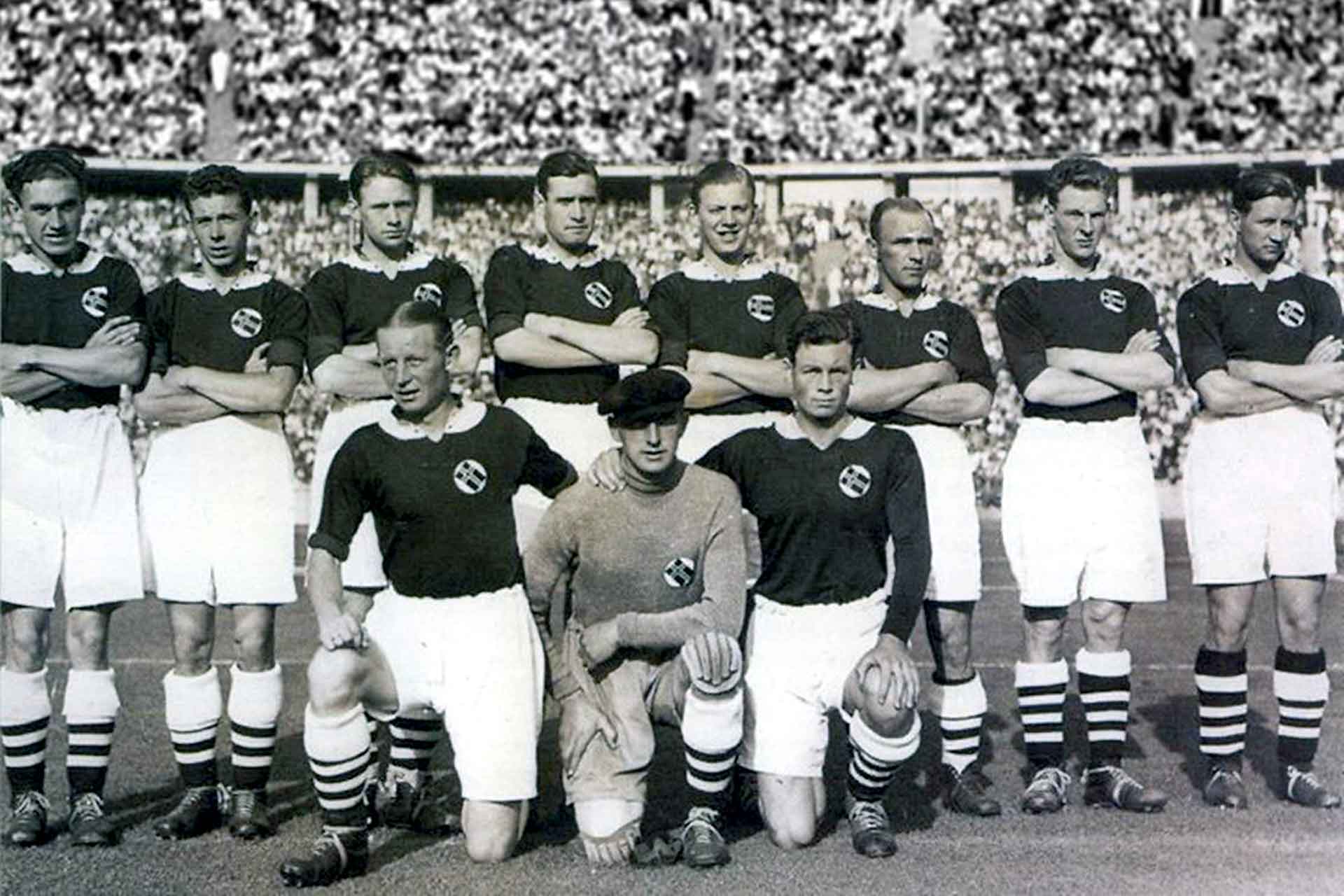 The football signpost to WWII

Football certainly has produced numerous incredible matches. Matches remembered forever because of mighty performances by the greatest players of all time or because of a heroic performance by an underdog.

These fine moments are stored in the collective memory of almost every football fan. However there are also Football matches that carry a different kind of historical weight. Enter Norway versus Germany during the Olympic Games 1936 in Berlin.

The Berlin Olympic Games was a media event in a way never seen before. It was promoted by a tidal wave of propaganda: in print, on the radio, in cinema newsreels. The 1930s was an age of technical progress, including sound films, television and mass-produced affordable radios. It was also an age of authoritarian regimes promoting nationalist pride and the idea of great leaders. Mussolini’s Italy was already a model for using sport as a showcase for national greatness; as when Italy hosted, and won, Europe’s first World Cup in 1934. For Nazi Germany, the Berlin Olympics was a a huge opportunity to show national renewal.

Football was only one part of this huge sporting event, but the profile of the game was higher than ever. Press speculation before the tournament nominated Germany as one of the favourites to win it. This was not very logical. Germany had only played in one international tournament (in 1928) and rival national teams from Italy and South America were actually much stronger. But Germany had improved a lot under coach Otto Nerz. When Germany won 9-0 against Luxembourg, Adolf Hitler, who hated football, was persuaded to attend the next game, against Norway, to bask in the glow of “certain” victory. But the Norwegian national had different plans.

So is this just another football game, or an event to connect football with historical significance? Football Makes History (FMH) developers Chris Rowe and Martin Liepach had identified the tandem of the game between Norway and Germany as well as the wider context of the rise of National Socialism in Germany as opportunities to engage classrooms in wider conversations on connection between sport and authoritarian politics. In addition, FMH partners at EuroClio and Eintracht Frankfurt Museum contributed to provide further historical depth and relevance to this story by adding Norwegian and German perspectives. FMH creatives Stefano di Pietro and Jonathan Even-Zohar explored the world of Olympic footage and sought to find film footage of the match in question, to no avail, yet. Overall, we proudly launch our second short video. This one aims to unlock the potential of using one match as an entry for wider historical learning and reflection.

Stay tuned. Hundreds, if not thousands, of similar matches can be found throughout history. Football as an activity which we can immediately recognise in the present, can be used as a time machine. At FMH we aim to produce several more of such short videos. Tell us which matches you think we should treat in this way, and stay tuned!

Previous
A tournament for not competing