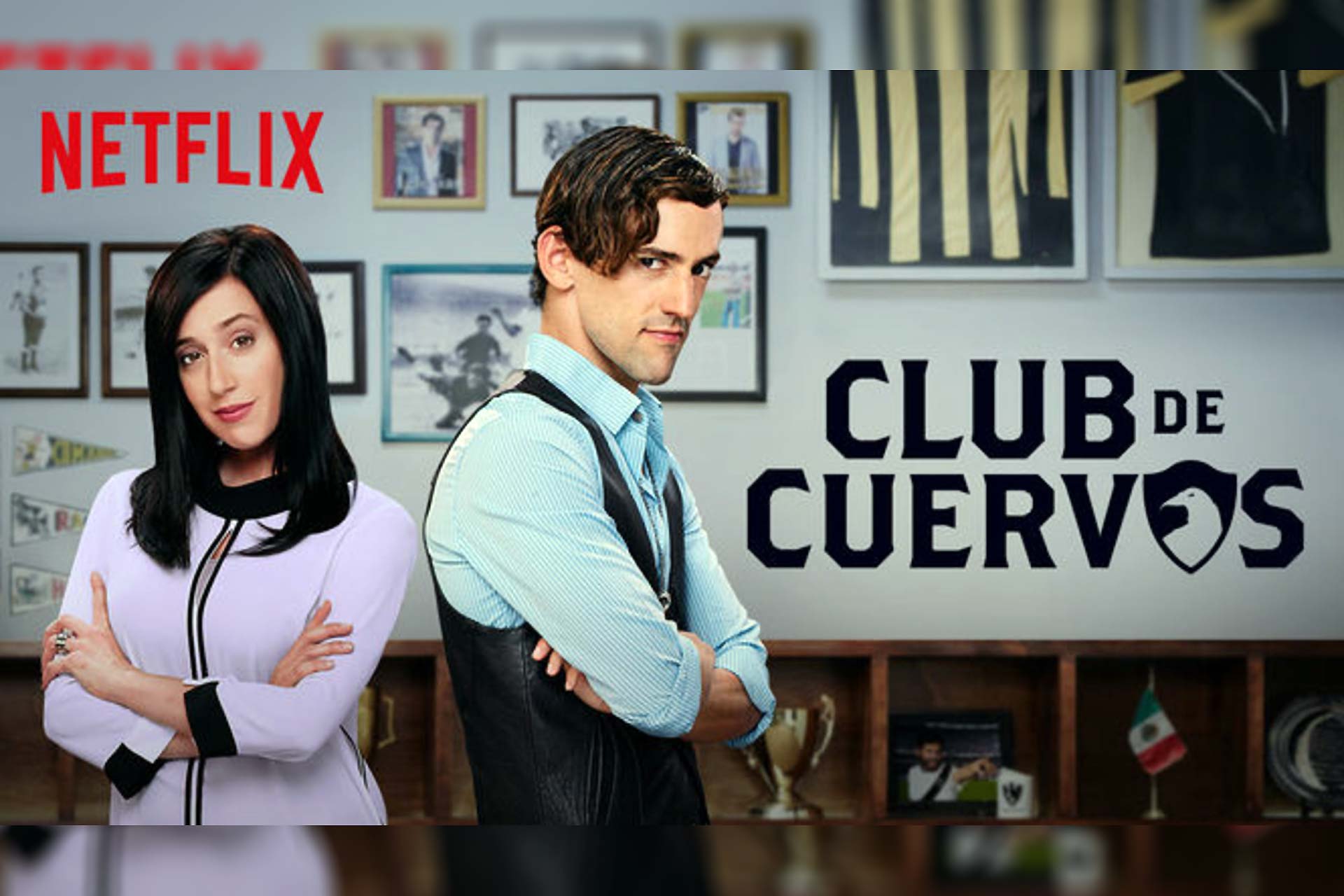 Club de Cuervos last season premiered early 2019 to critical acclaim – especially in Latin America and the Spanish speaking world. Even though I have watched and thoroughly enjoyed this series based on a fictitious Mexican football team, I’ve long doubted whether to review it for Football Makes History. My reservations were not based on the evident quality of the show, but on its style. With traditional elements of the Latin telenovela, such as nerve-wracking family drama, and giddy, often inappropriate comedy, could this hit series be of any use for the history enthusiasts?

Could this over-the-top dramedy reveal relevant societal topics and bring about discussions about how we organise our beloved sport – and our societies?

A Club of Crows

The series follows the fates of Chava and Isabel Iglesias, who inherit a football team based in the fictitious town of Nuevo Toledo. Their father, the patriarch of the club and the town, suddenly dies of a heart attack, leaving the family in complete disarray. All of a sudden, two youngsters born with a silver spoon in their mouths are at the helm of a club – and by proxy, a whole town. Chava, son of the patriarch, inherits the presidency and basically ruins everything he touches, blinded by his obsession with glitz and glamour and his rash, childish decision making. Isabel, his sister, and the more cerebral of the pair, seems infinitely more capable, but gets constantly caught up in intrigue and petty squabbles. Most of the events in the series occur against the backdrop of the battle of succession between this comedic duo. Star players are bought and sold, the team gets relegated and fights for its place in the first league, the siblings butt heads with often corrupt and only very occasionally enlightened bureaucrats and politicians.

Immediately shocking to the viewer is the entitlement and total lack of self-awareness of the siblings. Mr. Iglesias, their father, was a self-made man who built the town by founding not only the football club, but also its first factories and mines, and was widely respected by the townsfolk. On the other hand, Chava and Isabel seem to have no idea about the realities in their own town. It is interesting to notice how, even among the professional players of the first team, there are players such as Toni, who live in poverty, and see football as their only shot towards social mobility. As it is the case in many Latin American countries, wealth is incredibly concentrated in just a few hands in this show, and the avid observer will be quick to reflect on the relationship between race and wealth in these societies.

The plot also lends itself for a thorough discussion of sexism both in the workplace and in society in general. Family members, staff members, and players themselves all insist on Isabel taking on a supporting role in the running of the club, and even sabotage her attempts at securing the presidency. The hints at the incompatibility between being a woman and running a football club go from the understated to the completely explicit, all despite the fact that she’s clearly the best qualified to take on a leadership role in the club. Both tradition and meritocracy are also challenged by the arrival of, for example players, who are not only extremely talented but also not heterosexual, and openly so. These both are discussions that the football community is slowly beginning to have but have clearly not been resolved yet.

Black and white in the orange

Lastly, one of the most interesting topics this series touches upon is what ultimately becomes its main plot: that of the governance of the football club. Cuervos operates exactly like a family business, where the decision-making power rests wholly in a council of family members. From this fact stem most of the problems of the club: rash decisions and intrigues go completely unchecked by stakeholders, and end up affecting the whole town – fans, employees and employees of the family’s various business concerns. This theme might invite wider discussions about how we organise our sport and how the clubs we love are run. Examples of such questions could be the effects of petrodollars flooding English and French football, like in the case of City or PSG, or Red Bull acquiring clubs such as SSV Markranstadt (RB Leipzig) and SV Salzburg. Accountability might be compromised when clubs are run like this, but it is also interesting to think about how this phenomenon affects identity and how fans see their own clubs. Are fan-owned cooperatives like Brazilian or Argentinian clubs – or traditional German clubs where no entity can acquire a majority of shares – structures we should aspire to? Or has the world changed, and must football simply adapt to it?

Back to the Classroom

Especially the older history students – for whom the show is appropriate – will be able to identify the social commentary interwoven in a plot full of telenovela drama and silly comedy. For comprehensive studies of sexism, LGBTQ+ rights, and inequality in football, the keen historian will surely find more authoritative sources than Club de Cuervos. That being said, this story of two siblings tirelessly battling to keep a hopeless club afloat is surprisingly rich with important discussions, presented in a light, engaging way. By no means a small feat.

Previous
A plea for inclusion