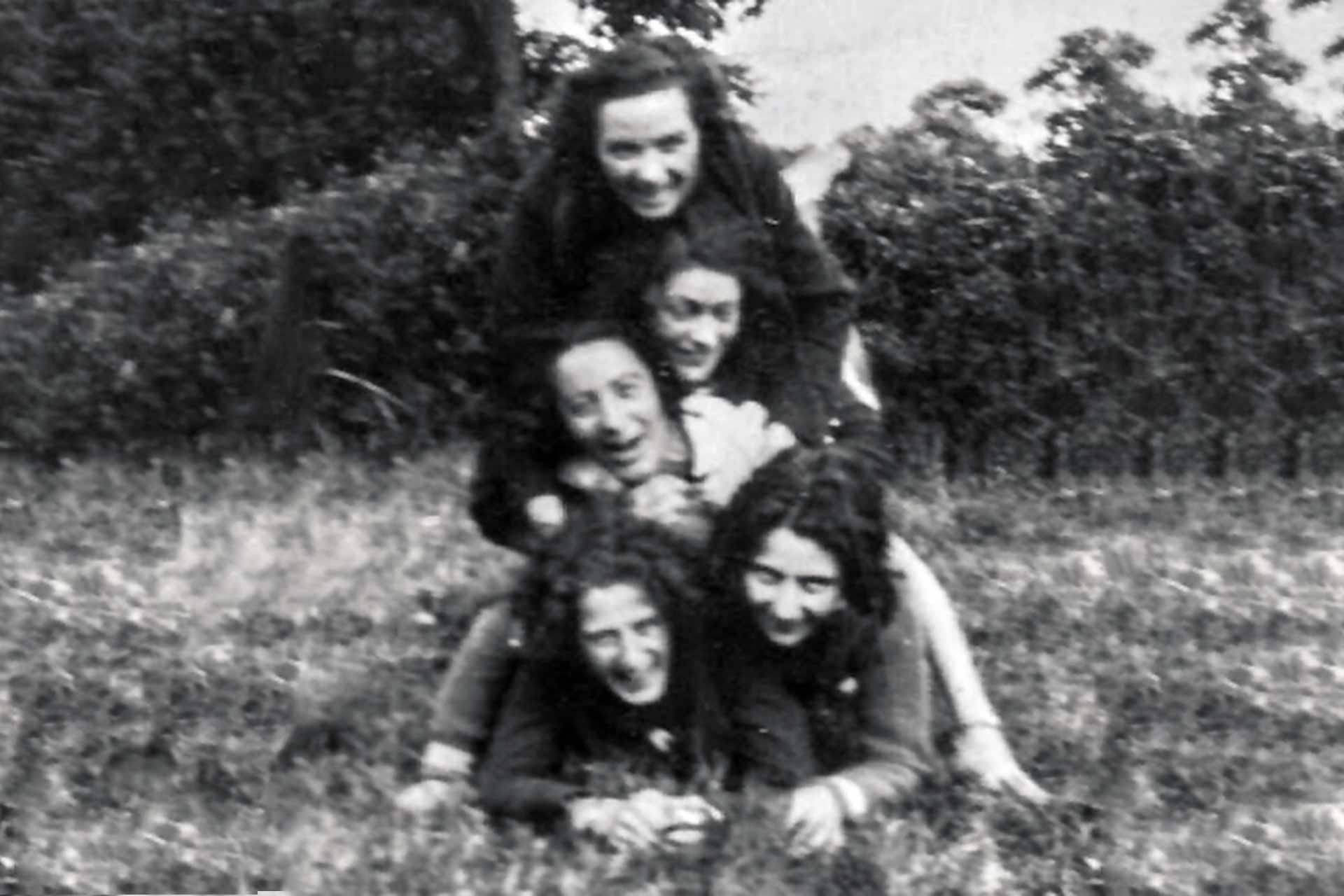 Parr: A Life of Football

A life retold: perhaps the best female footballer ever

Footballers, even legends of the game, are people. In the collective memory, in faded photographs or in the flickering images of long-ago newsreels, they are always in football kit, terrorising opponents, scoring great goals, holding the trophy high. But life on the football field was only ever a part of the story. Footballers had a life before football, after football and alongside football.

Lily Parr was perhaps the greatest-ever female footballer. She was already recognised as a special player when she was fourteen. She was still playing thirty years later. By the time she retired Lily had scored many hundreds of goals. She has an honoured place in history, with her statue given pride of place in the National Football Museum in Manchester.  Yet there was more to Lily’s life than that. Thanks to Steve Bolton, top local historian and good friend of Football Makes History, we learn that Lily was a terrific all-round sportswoman, at the heart of a vibrant sporting community. Steve’s article on Playing Pasts, Lily Parr: Amateur Cricketer, Hockey Player & Footballer, is a tribute to Lily as a friend of his granny Lizzy Ashcroft.

On Sunday 26th April 1905 Lily Parr was born in Union Street , a 10 minute walk away from the Town Hall in St Helens. Three months earlier on 8 January, Elizabeth Ann Ashcroft (known to everyone as Lizzy) was born on Broad Oak Road in Parr, one of the four boroughs of St Helens.

One photograph can tell a lot. This one, from 1933, catches the two friends mucking around at Whittingham County Mental Hospital (CMH) with some of their best mates. Steve loves this photo because it shows ‘strong independent women’, having the time of their lives. And it shows Whittingham County Mental Hospital, which played a vital role in a renaissance of sport for working class women in the 1930s. That renaissance was more than football.

On cricket and hockey

Lily Parr started football with St Helens Ladies but soon joined Dick, Kerr Ladies of Preston; she carried on playing there until 1950. But she was gifted in other sports, too. In the 1930s she shone on the cricket pitch and the hockey field.  By 1939 the Preston Women’s Cricket League was in its 6th season. This photo shows Lily Parr and other footballers of Dick, Kerr Ladies playing for the CMH in a game against the Leyland Motors team, then considered to be pretty much unbeatable. The previous year’s batting averages for the Preston Cricket League showed Lily Parr in the top three. In 1937, Lily Parr had scored lots of runs as the ladies of Whittingham Hospital won the league championship.

One double-header in Coventry

The poster advertising a ‘double-header’ of cricket and football in Coventry in the summer of 1935 shows the versatility of sportswomen like Lily; and suggests that women’s cricket and football could be a crowd-pulling spectacle. It also reflects the promotional skills of Alfred Frankland, who was the organisational mastermind behind Dick, Kerr Ladies. He was the man who persuaded Lily Parr to move from St Helens to Preston in 1919. He was also the link between his footballers and Whittingham Hospital; his sister was a senior nurse there.

Alfred Frankland was a pioneer in so many ways. He did so much to launch Dick, Kerr Ladies football from 1918, and to keep it going after the FA Ban in 1921 threatened to shut down the women’s game. Steve Bolton writes: ‘There was only one Alfred Frankland. He was to my mind a combination of PT Barnum, Colonel Parker, Brian Epstein and Alistair Campbell. He was a spin doctor before the term was invented, an organisational genius, an innovator and a true pioneer of women’s sport’. At Coventry in 1935, the Dick, Kerr ladies were dominant. In the cricket they declared at 54-4 and bowled out Marks & Spencers for 24. They won the football, too, 5-3 against French Ladies (no Belgians, whatever the poster says).

Steve’s grandmother Lizzy Ashcroft seems to have had a short-lived career in cricket. In 1935, not long after she had taken over from her great friend Lily Parr as captain of Dick, Kerr Ladies football team, Steve Bolton writes: ‘Apart from the Coventry match, I have found only one other cricket game in which my granny played. This was on 31st July during a game between Whittingham and Preston when one E Ashcroft had to retire hurt with a facial injury. In 1935 Lizzy and my grandad were romancing before marriage and I doubt that a cricket ball in the face was an incentive to romance!’

Dangerous or not, lots of women and girls did play cricket. Ensign Lamps and Preston Steam Laundry were large, munificent, patriarchal employers in Preston Town Centre. They already had thriving men’s sports teams and were keen to support their new women’s teams. The ‘park cricket’ on Moor Park on Summer evenings has always been a feature of Preston life.

Beyond the football and the cricket there was hockey. Along with another pillar of Dick, Kerr Ladies football, Margaret Thornborough (sitting third from right), Lily Parr (back right) starred for the Whittingham Ladies hockey XI who won 17 and drew one of their 18 games in 1937-38. In this photo, the team is gathered in front of the Whittingham cricket pavilion. For Lily Parr, hockey was more than a sideshow. Steve Bolton’s research shows that Lily played very little football in 1935 and 1936. This newspaper headline From Football to Hockey may indicate Lily was taking a temporary career break from football; she played five seasons with the Whittingham hockey team. Just as in football Lily was a fearsome goalscorer: ‘as deadly with a hockey stick as she was with her left foot’.

Saga of a Death Match

So it’s clear that Lily Parr was not ‘just’ a footballing icon but outstandingly talented in many sports. So were some of her friends and team-mates like Margaret Thornborough , Lizzy Ashcroft and Carmen Pomiès. Carmen first came to Preston aged 19 with a French football team, Femina of Paris in 1920 She kept on coming for the next 25 years. Carmen was a medal-winner in the javelin at the Women’s Olympiad in Monte Carlo in 1921, a versatile footballer who played in many positions including goalkeeper, and a terrific tennis player.

Through sport, Lily Parr and her pals grew into formidable personalities. They attended mayoral receptions, travelled widely and experienced life to the full.

Steve Bolton writes: ‘Although most were from humble origins and had a fluent command of ‘Anglo-Saxon’ they could put on a ‘posh frock’ and they knew how to behave in polite society. Lily Parr, a teenager from a deprived background in St Helens became a world-famous left-winger, met the American President in 1922, became best friends with a ‘posh girl from Paris’ (Carmen) and did a demanding job for more than 30 years at Whittingham Hospital. There was more to her life than kicking a football.

Last words from Steve Bolton: ‘These women are some of the most important multi-talented sportswomen in English history. I still find it amazing that a girl from Parr in St Helens, my granny Lizzy Ashcroft was friends and played with legendary athletes such as Margaret, Carmen and Lily’.

The story of Lily Parr sketches out the earlier days of female football in England and beyond.

Next
What you think you know about football is wrong