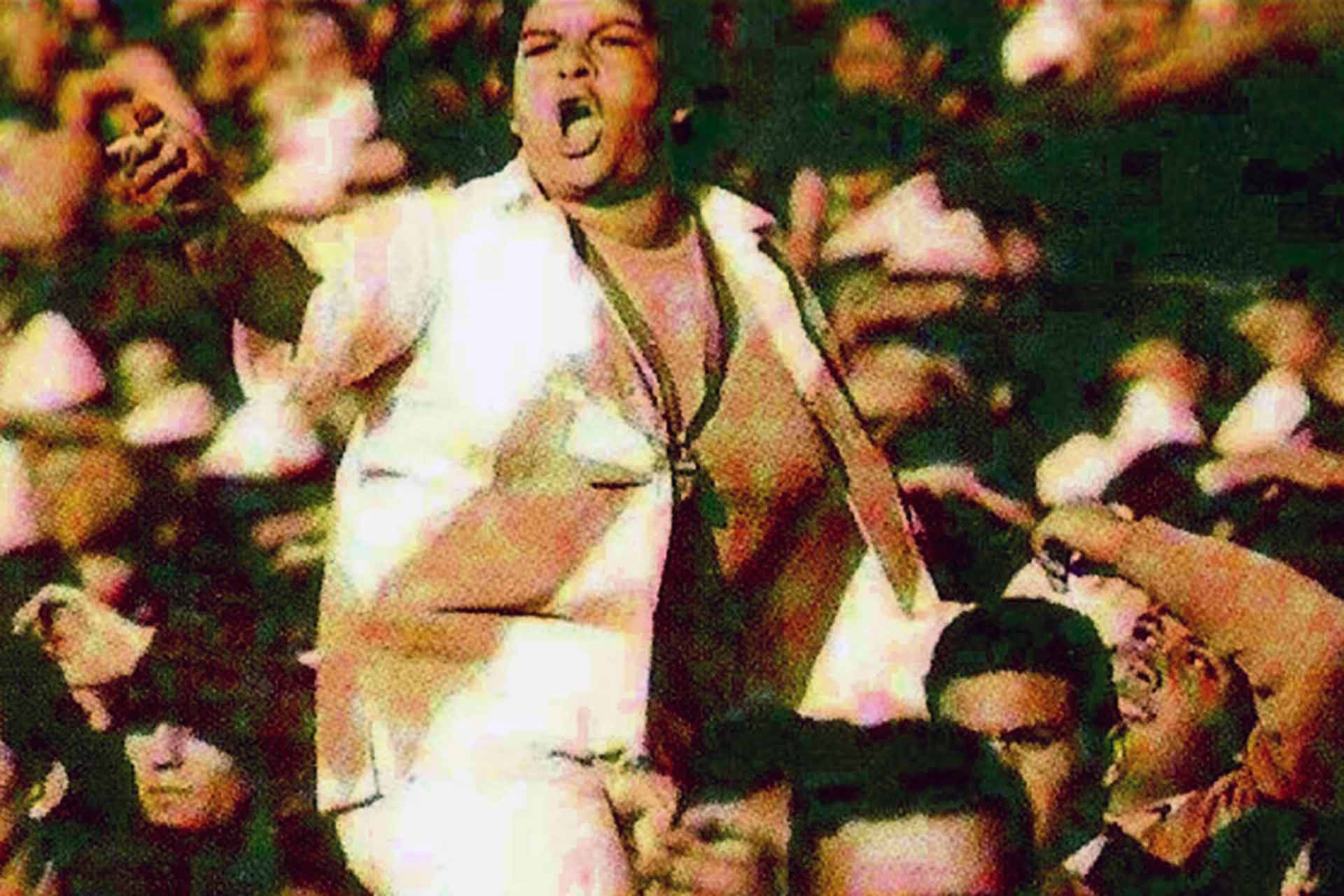 My boyfriend, my husband, and my lover

Home
Stories
My boyfriend, my husband, and my lover

Before the times of organised ultras and barra bravas, Haydeé Luján Martínez became a legend of Buenos Aires football club River Plate and their supporters. This is the story of Haydeé, and how a woman refused to conform. She managed to live, breathe, and sleep football in 1950s Argentina, becoming a true icon along the way.

A long way from home

Many details from Haydeé’s childhood are unknown. What is known is that she was born in November of 1933 in Granada, Spain, in the turbulent period leading up to the Spanish Civil War. Like many other Spaniards of the time, Haydeé’s family decided to emigrate southwards to Argentina. It is unclear if her family was exiled because of the brewing conflict between Republicans and Nationalists, or if they were simply seeking a better life abroad. She was only nine months old when the Martínezes set foot in Buenos Aires, their new home.

Haydeé’s father, a rabid Real Madrid fan, was keen on finding a new football team to support in their new city. Legend says that one afternoon, taking a stroll with his daughter, he noticed a crowd gathering and heading somewhere. The pair followed the crowd and snuck into a stadium, where a Clásico was raging. Her father asked Haydeé which team she liked better, and she picked the white and red side of River Plate over Boca Juniors’ blue and gold. This particular afternoon was the beginning of a lifelong devotion.

Two’s a party, three’s a crowd

Haydeé’s childhood was marked by tragedy. In 1938, she lost both of her parents in an accident. After this, she was taken in by her uncle, who religiously took her and his own sons to the stadium every Sunday. In a cruel twist of fate, her uncle passed away when Haydeé was only 13. Her fate was left to a judge, who was to decide who would have custody of her. Later, in interviews, Haydeé used to proudly recount how she warned the judge that she would ‘beat the life out of him’ if she landed at a place where she was not allowed to go to the stadium. Until she was 18, she lived with a well-off family who would allow her to attend River Plate’s games.

At the age of 18, Haydeé moved out and started a life with her boyfriend. The tensions around one particular subject ran high in this couple. He was not keen on Haydeé’s active support of River Plate, and found that in doing so, she was neglecting him and certain household duties. The tensions came to a head while the couple organised their wedding. Haydeé wanted to sport a red band across her wedding gown, to mimic the River Plate jersey. Her groom emphatically opposed this idea, and told her she was never to set foot in the River Plate stadium ever again once they were married. What did Haydeé do? She naturally stood him up at the altar.

How could I marry him if he didn’t want me to go to the stadium? My only love is River. River is my boyfriend, my husband, and my lover. And that’s enough for me.

Haydeé declared in an interview.

Haydeé was slowly becoming a renowned figure at the stands of the Millonarios (see footage of her at the stands here), and was unofficially becoming the leader of the River Plate supporters. Parents would take their children to meet Haydeé before games, in order to get a kiss from her for good luck. She gave interviews. She performed rituals at the stadium for good luck before games. Her day job, selling lottery tickets, gave her almost complete freedom to follow her club everywhere. Haydeé would wait for players to exit the stadium after games to either congratulate or demand explanations from them depending on that night’s result. She would also famously try to sell them lottery tickets. On one fateful night, winger Roberto Matosas gifted her his jersey. Haydeé was honoured, and wore his jersey to every match, resulting in her effectively adopting his surname. She started to go by the rather unkind nickname of la Gorda Matosas from then on. Roberto, the football player, declared to the press he was somewhat jealous of the way Haydeé became much more famous than he did with his own surname.

Ballon d’Or at the presidential palace

La Gorda is still remembered for her dislike of Diego Maradona, her superstitions, and her tireless devotion. In the ‘90s, already weakened by a severe pulmonary disease, her doctor ordered her to take rest and perhaps stop traveling around the country following her beloved River. But alas, in 1996 River Plate was to play the semifinals of the Libertadores Cup abroad, against Universidad de Chile. La Gorda quite simply could not miss the match, and traveled to Chile. She sadly collapsed at the grounds. Before the end of her story in 1996, Haydeé had the enormous satisfaction of seeing River Plate bring the Libertadores Cup home for the second time in their history.

Even if inadvertently, la Gorda Matosas’ life and actions ended up paving the way for more and more women to take part in football. Luckily, she was not alone in this endeavour: Boca Juniors had its own counterpart in la Raulito, who tried to escape a life of poverty and misfortune through football. These pioneering women were simply motivated by their enormous love for their clubs. Along their way, they challenged stereotypes and loudly reclaimed their place in football starting in the 1950s. What do you think is the value of tracing movements to their origins? What can we learn from la Gorda Matosas’ story? How can we make sure that football remains accessible to one and all?