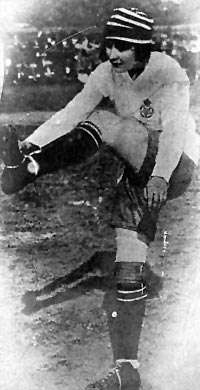 Legend of the Women’s Game

Lily Parr was born in St Helens, Lancashire. Her brother taught her to play football and rugby. Lily became an exceptional footballer, fast, strong, with explosive shooting power. In 1919, aged 14, she played for St Helens Ladies against Dick, Kerr Ladies XI. St Helens lost 6-1 but Alfred Frankland, Dick, Kerr’s manager was so impressed he persuaded Lily to move to Preston to join his team. Lily was paid 10 shillings per game. She was worth it. In her first season she scored 43 goals. In her second Lily scored 108.

In 1920, the Dick, Kerr team played many charity matches at big grounds like Everton and Manchester United, watched by up to 25.000 spectators. But in December 1921 women’s football was banned by the Football Association. Dick, Kerr Ladies carried on playing unofficial games until 1965. By then the team had changed its name to Preston Ladies. Lily Parr had a career as a nurse at Whittingham Hospital, but carried on playing until 1950. When she retired as a player it was estimated she had scored 967 goals.

Even though women’s football was officially banned from 1921 until 1970, Lily Parr was famous. Several male players claimed she was good enough to have played in the Football League. A lifelong heavy smoker, Lily developed breast cancer. She died in 1978. Lily Parr was inducted into the Hall of Fame at the National Football Museum in 1992. A statue was put up in her honour in 2019.

Lily Parr was an iconic goalscorer in women’s football. Her career started when she was 14, she kept playing until she was 45. Yet women’s football was officially banned from 1921 until 1970. Then times changed. Women’s football grew and grew. Lily was inducted into the National Football Museum Hall of Fame. A statue in her honour was unveiled in 2019.

Educators could look at the life story of Lilly Par and work with young people to consider this question:

Find out more about Lily Parr on the National Football Museum website. You can check out a video about the life of Lily Parr by TiFo Football. You can also read an account of her life on FIFA. Also Channel 4 allows you to watch a video about her which combines history with girls playing football today. Lastly you read on the BBC website about the unveiling of her statue.

From female football star of the 1920’s to a memory icon. 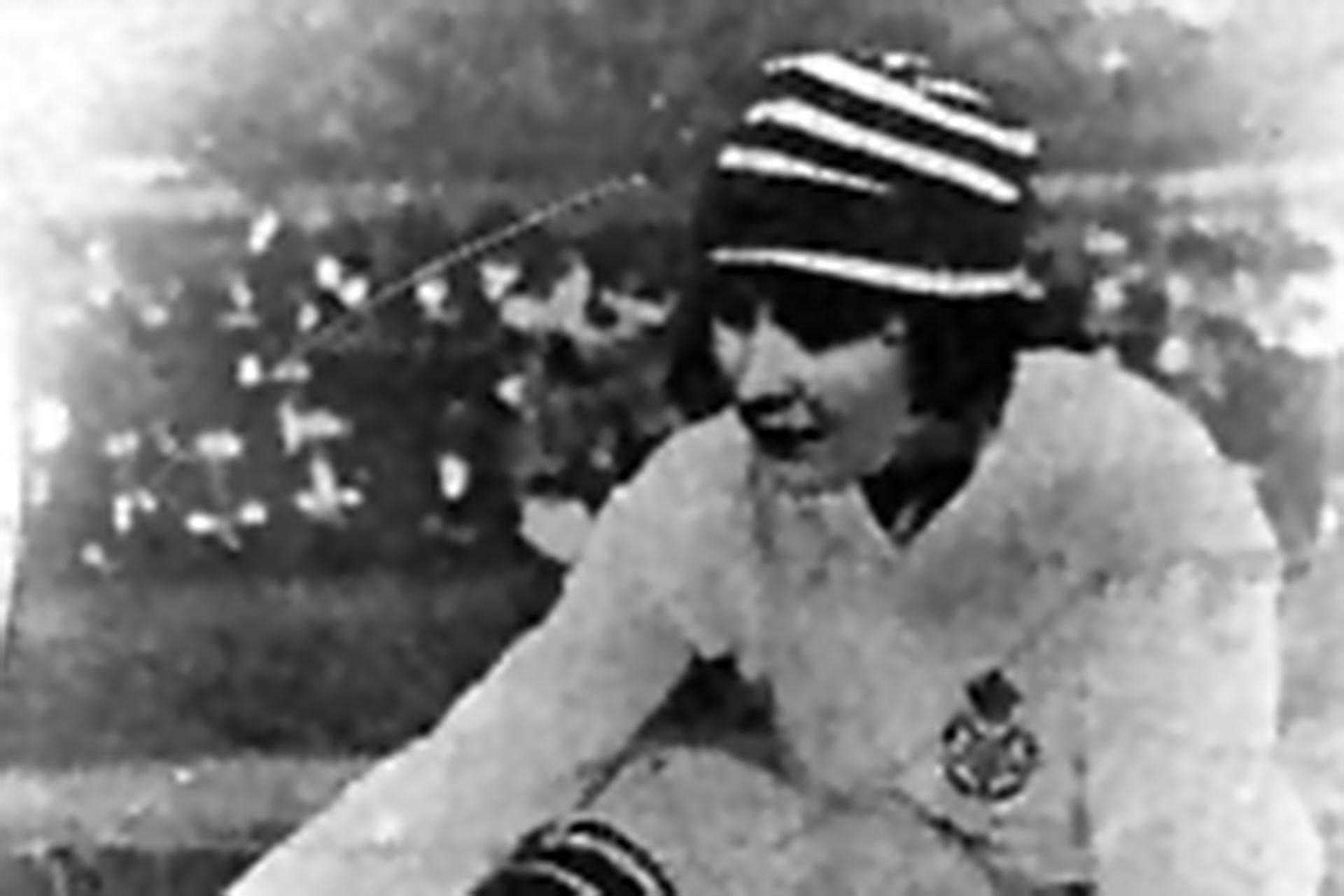