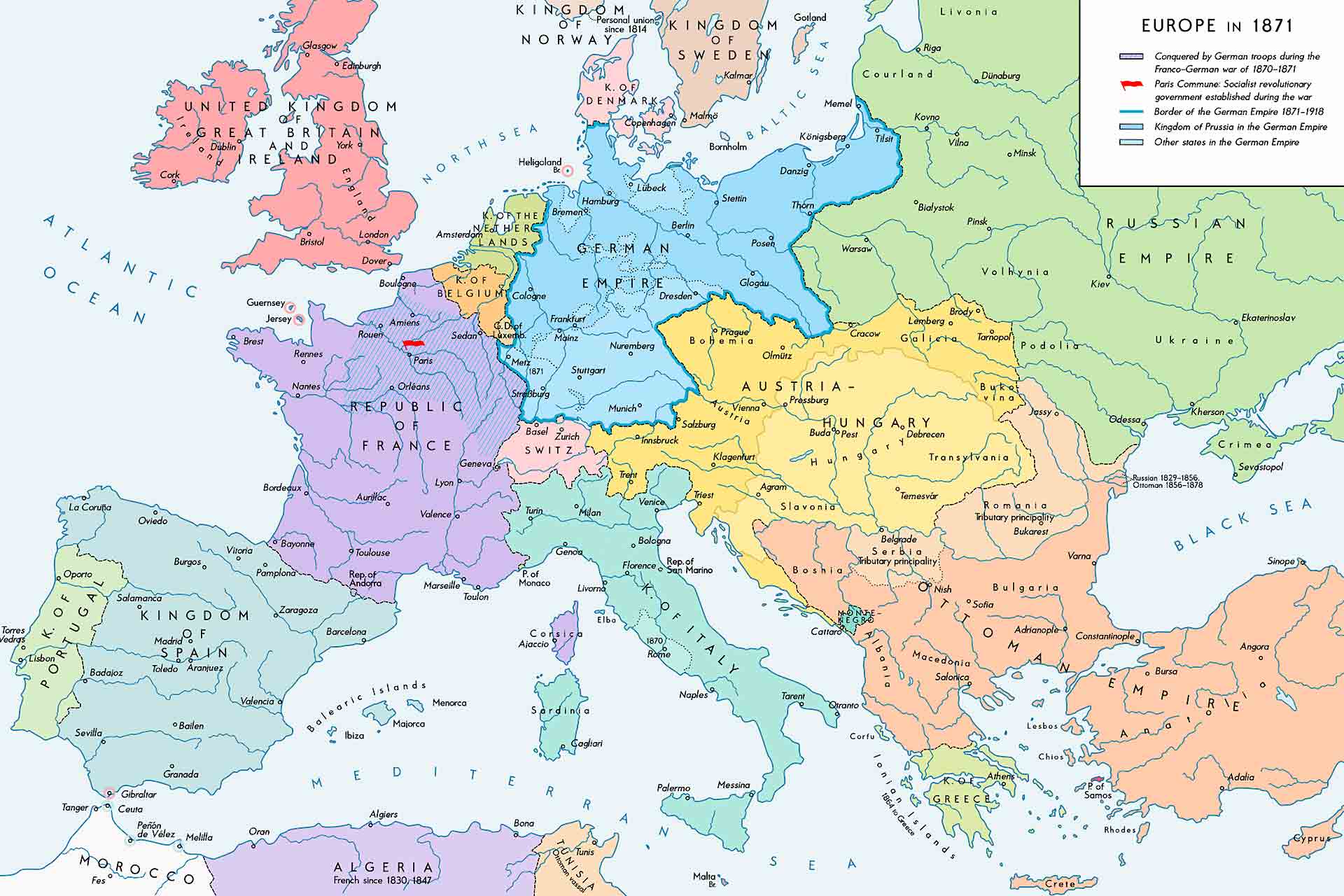 Grasping the concept of identity with time-traveling football tournaments

Imagine a European Championship in 1871. Who would play for which country?

In 1878 Lewandowski would have played for Russia. This learning activity helps students learn about identities and changed borders by taking the EURO2016 teams back to 1871 and 1922.

Developed by Stefan Svavarsson, a history teacher from Iceland, this activity focuses on the concept of changing borders, and on how to explain to students its impact on people’s life with a relatable example. Using the national teams from the 24 countries that took part to the UEFA EURO2016, and transporting them back to 1871 and 1922, students will also delve into the concepts of nationality and ethnicity by asking themselves questions such as “Robert Lewandowski would have played for Russia in 1878, but is now a player of Poland. Who else has a similar history?”

The effects of nationalism on continental Europe

“I use this exercise in the first week that we start working on the wars in Europe in the 20th century, as I think it gives students an oversight of the effects of politics of nationalism during that time.” – explains Stefan.

In fact, when teaching on an island (or in the middle of Spain, or France, for example) where borders and/or national belonging have been constant for the past couple of centuries, it might be difficult for students to grasp the meaning and impact of nationalism on borders and everyday life. This activity is, therefore, especially suited for students that have difficulty understanding how a border can change over time.

It is also well suited to spark discussions on the rise of nationalism and the idea of the nation state in the 19th and early 20th centuries as well as how difficult/sensitive it can be to define and discuss nationality and ethnicity.

An imagination exercise to promote historical understanding and critical thinking

This easy to replicate activity is based on an engaging enquiry question: What would the European Championship today look like, if Europe’s borders had remained unchanged at different times in history? Students receive the list of national teams that played during the UEFA EURO2016, together with a list of the key players of the championship, and are asked to imagine the same Championship in other historical periods.

In Stefan’s lesson plan, this imagination exercise brings students back to 1871 (after the Franco-Prussian war and the unification of Germany) and to 1922 (after the end of the First World War). However, it can easily be adapted to include other key moments in European history, such as the Congress of Vienna of 1815, the end of the Second World War, or the fall of the Berlin Wall.

Multiculturalism and representations of national identity

The activity is now available on Historiana. If you are interested in knowing more about EURO2016 and Iceland, check out our article on the team’s successful endeavors during the championship. Finally, if you are interested in expanding the exercise to other key players, or other key moments in European history, our life stories and our article on the first-ever European championship might be helpful.

Interested in teaching about world history? Why not applying the same concept to one of the FIFA World Championships? Let us know how it went!